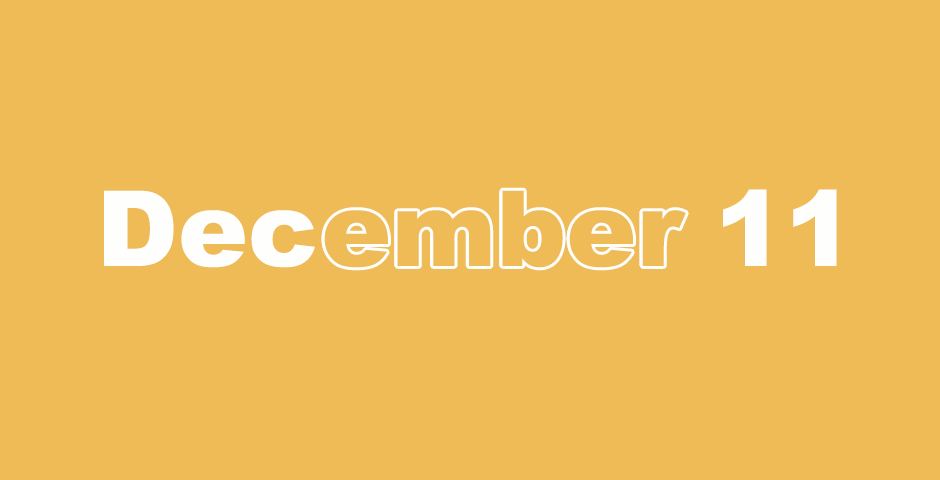 1 Listen to this word,
you cows of Bashan on the mountain of Samaria,
who oppress the poor,
who crush the needy,
who tell their husbands,
“Bring us drinks!”

2 The Lord God has sworn by his holiness,

“The days shall come upon you
when they will take you away with hooks,
and the last of you with fishhooks.
3 You will go out through the broken walls,
each woman in front of the other,
and you will be cast into Harmon,” says the Lord.

4 “Go to Bethel and rebel,
to Gilgal, and rebel more.
Bring your sacrifices every morning,
your tithes every three days.
5 Offer a sacrifice of thanksgiving of leavened bread
and proclaim free will offerings and brag about them,
for this pleases you, you Israelites,” says the Lord God.

6 “I have given you nothing at all to eat in all your cities,
and a lack of bread in every town,
yet you have not returned to me,” says the Lord.

7 “I also have withheld the rain from you,
when there were yet three months to the harvest,
and I caused it to rain on one city,
and kept it from raining on another city.
One place had rain,
and the field where it did not rain withered.
8 So two or three cities staggered to one city to drink water,
and were not satisfied,
yet you have not returned to me,” says the Lord.

9 “I struck you with blight and mildew many times in your gardens and your vineyards,
and the swarming locusts have devoured your fig trees and your olive trees,
yet you have not returned to me,” says the Lord.

10 “I sent plagues among you like I did in Egypt.
I have slain your young men with the sword
and have taken your horses,
and I filled your nostrils with the stench of your camp,
yet you have not returned to me,” says the Lord.

11 “I have overthrown some of you,
as when the Lord overthrew Sodom and Gomorrah,
and you were like a burning stick plucked out of the fire,
yet you have not returned to me,” says the Lord.

12 “Therefore that is what I will do to you, Israel,
and because I will do this to you,
prepare to meet your God, Israel.
13 For he who forms the mountains,
and creates the wind,
and declares to man what he is thinking,
who makes the morning darkness
and treads on the high places of the earth;
the Lord, the God of Hosts, is his name.”

A Lament for Israel

1 Listen to this word that I am taking up
as a lamentation over you, O house of Israel,

2 “The virgin of Israel has fallen,
She shall not rise again.
She is cast down on her land,
and there is no one to raise her up.”

3 For the Lord God says:

“The city that went out a thousand
shall have a hundred left,
and that which went out one hundred
shall have ten left to the house of Israel.”

4 For the Lord says to the house of Israel,

“Seek me, and you will live,
5 but do not seek Bethel
nor enter into Gilgal,
and do not pass to Beersheba,
for Gilgal shall surely go into captivity,
and Bethel shall come to nothing.

6 Seek the Lord, and you will live,
lest he break out like fire in the house of Joseph,
and devour Bethel,
and there be no one to quench it.

7 Those who turn justice to wormwood,
cast righteousness down to the ground,

8 Seek him who made the Pleiades and Orion,
and turns the shadow of death into the morning,
and makes the day dark with night,
who calls for the waters of the sea,
and pours them out on the surface of the earth–
the Lord is his name.
9 He brings sudden destruction on the strong,
and destruction falls upon the fortress.

10 They hate him who reproves at the city gate,
and they abhor him who speaks blamelessly.
11 Therefore, because you trample on the poor,
and tax him on his wheat,
you have built houses of cut stone,
but you will not dwell in them.
You have planted lovely vineyards,
but you shall not drink their wine.

12 For I know how many are your offenses,
and how great are your sins—
you who afflict the just,
who take a bribe,
and who turn away the needy in the courts.
13 Therefore the prudent keep silent in such a time,
for it is an evil time.

16 Therefore the Lord, the God of Hosts, the Lord, says:

18 “Woe to you who desire the day of the Lord!
Why do you long for the day of the Lord?
It is darkness and not light.
19 It will be as if a man fled from a lion,
and a bear met him,
or he went into the house and leaned his hand on the wall,
and a snake bit him.

20 Will the day of the Lord not be darkness, and not light?
Pitch darkness, with no brightness in it?
21 I hate–I despise–your feasts,
and I cannot stand your solemn assemblies.
22 Yes, though you offer me your burnt offerings and grain offerings,
I will not accept them,
nor will I regard the peace offerings of your fattened animals.

23 Remove the noise of your songs from me!
I will not listen to the music of your harps.
24 But let justice role like a river,
and righteousness like a mighty stream.

25 Did you bring to me sacrifices and offerings
in the wilderness 40 years, house of Israel?
26 You also carried the tent of your king
and the shrine of your images,
the star of your god, which you made for yourselves.

27 Therefore I will send you into captivity
beyond Damascus,” says the Lord,
whose name is the God of Hosts.

Woe to the Complacent in Zion

1 Woe to those who are at ease in Zion,
and to those who are secure on Mount Samaria,
the notable men of the chief of the nations,
to whom the house of Israel comes.
2 Go to Calneh and see,
and from there go to Hamath the great.
Then go down to Gath of the Philistines.
Are they better than these kingdoms?
Is their border greater than your border?

3 You put thoughts of disaster far away
and bring the reign of violence near.
4 You lie on beds of ivory
and recline upon your couches
and eat lambs from the flock
and calves from the stall.
5 You strum on the strings of a harp
and invent for yourselves instruments of music, like David.
6 You drink wine by the bowlful
and anoint yourselves with the best oils,
but you are not grieved at the demise of the family of Joseph.

7 Therefore you will now go into exile
with the first who go captive,
and the feasting and lounging will end.

The Pride of Israel

8 “The Lord God has sworn by himself,” says the Lord, the God of Hosts:

“I abhor the pride of Jacob
and detest his fortresses.
Therefore I will deliver up the city
with all that is in it.

9 It will happen, if there remain ten men in one house, that they shall die. 10 When a man’s relative carries his corpse away, he who burns him in burial, bringing bodies out of the house, will ask him who is in the innermost parts of the house, ‘Are there any more with you?’ And he says, ‘No,’ then he will say, ‘Hush! Indeed we must not mention the name of the Lord.’

11 For, the Lord commands it,
and the great house is smashed to pieces
and the little house into bits.
12 Do horses run on rocky crags?
Does one plow there with oxen?
But you have turned justice into poison
and the fruit of righteousness into bitterness.

13 You who rejoice over Lo-debar, and say,
‘Have we not captured Karnaim for ourselves,
by our own strength?’
14 For I will raise up a nation
against you, house of Israel,” says the Lord, the God of Hosts.
“They will afflict you from the entrance of Hamath
to the brook of the Arabah.”

Message to the Church in Thyatira

18 “To the angel of the church in Thyatira write:

The Son of God, whose eyes are like a flame of fire, and his feet are like burnished brass, says these things:

19 I know your works, your love, faith, service, patient endurance, and that your last works are greater than the first.

20 But I have this against you, that you tolerate that woman, Jezebel, who calls herself a prophetess. She teaches and seduces my servants to commit sexual immorality and to eat things sacrificed to idols. 21 I gave her time to repent, but she refuses to repent of her sexual immorality.

22 I will throw her into a bed and those who commit adultery with her into great oppression, unless they repent of her works. 23 I will kill her children with Death, and all the churches will know that I am he who searches the minds and hearts. I will give to each one of you according to your deeds.

24 But to the rest of you in Thyatira, who do not hold to this teaching, who do not know what some call ‘the deep things of Satan,’ to you I say, I am not putting any other burden on you. 25 Nevertheless, hold firmly to that which you have until I come. 26 He who overcomes, and he who keeps my works to the end, to him I will give authority over the nations. 27 He will shepherd and rule them with an iron scepter, and they shall be broken, like clay pots, as I also have by my Father, 28 and I will give them the morning star.

29 He who has an ear, let him hear what the Spirit says to the churches.”

Out of the Depths I Cry 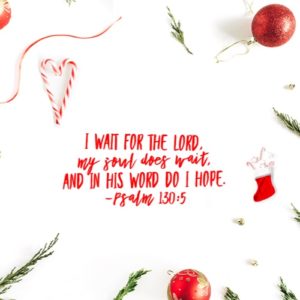 1 Out of the depths I have cried to you, Lord.
2 Lord, hear my voice.
Let your ears be attentive to the sound of my petitions.

3 If you, Lord, kept a record of sins,
Lord, who could stand?
4 But there is forgiveness with you,
therefore you are feared.

5 I wait for the Lord.
My soul does wait.
And in his word,
do I have hope.
6 My soul longs for the Lord
more than watchmen long for the morning,
more than sentries for the dawn.
7 Israel, hope in the Lord,
for there is loving kindness with the Lord.
Abundant redemption is with him.
8 He will redeem Israel from all their sins.

21 He who pampers his servant from youth
will have him as a son in the end.

22 An angry man stirs up strife,
and a wrathful man abounds in sin.