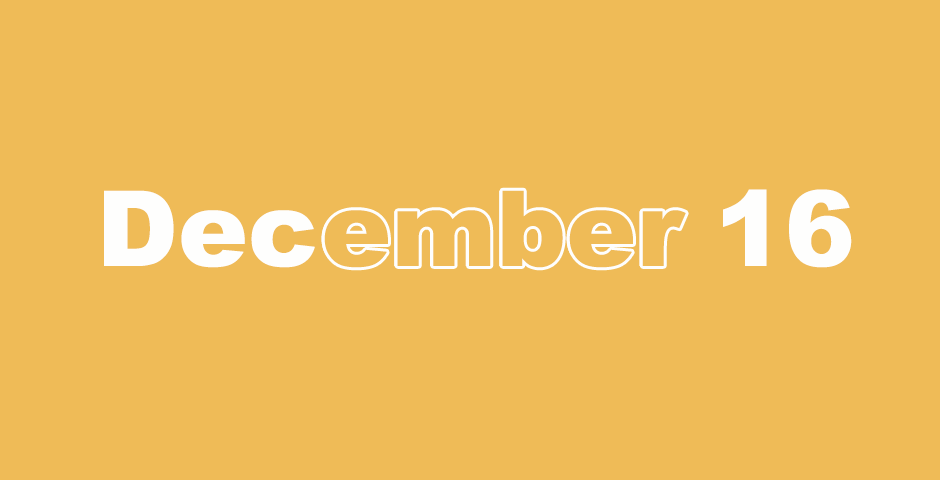 O mankind, he has shown you what is good.
What does the Lord require of you, but to act justly,
to love mercy, and to walk humbly with your God? Micah 6:8

A Ruler from Bethlehem

1 Now muster your troops,
daughter of troops.
He has laid siege against us.
They will strike the ruler of Israel
with a rod on the cheek.

2 But you, Bethlehem Ephrathah,
being small among the clans of Judah,
from you one will come who will be ruler in Israel for me;
whose origin is from ancient times.
3 Therefore Israel will be abandoned
until the time that she who is in labor gives birth.
Then the rest of his brothers will return to the Israelites.

4 He shall stand, and shall shepherd them
in the strength of the Lord,
in the majesty of the name of the Lord his God:
and they will live securely,
for then he will be great to the ends of the earth.
5 He will be our peace when Assyria invades our land,
and when he marches through our fortresses,
then we will raise against it seven shepherds,
and eight leaders of men.
6 They will rule the land of Assyria with the sword,
and the land of Nimrod in its gates.
He will deliver us from the Assyrian,
when he invades our land,
and when he marches within our border.

The Remnant of Jacob

7 The remnant of Jacob
will be among many nations,
like dew from the Lord,
like showers on the grass,
that do not depend on man,
nor wait for any mortal.
8 The remnant of Jacob will be among the nations,
among many peoples,
like a lion among the animals of the forest,
like a young lion among the flocks of sheep;
who crushes and tears as he passes through,
and there is no one who can rescue them.
9 Your hand will be lifted against your adversaries,
and all of your enemies will be cut off.

10 “It will happen in that day”, says the Lord,
“that I will remove your horses from among you,
and will destroy your chariots.
11 I will cut off the cities of your land,
and will tear down all your strongholds.
12 I will eradicate witchcraft;
and you shall have no fortune tellers.
13 I will cut off your engraved images
and your pillars from among you;
and you shall no longer worship the work of your hands.
14 I will uproot your Asherah poles out from among you;
and I will destroy your cities.
15 I will execute vengeance in anger,
and wrath on the nations that did not listen.”

The Case Against Israel

1 Listen now to what the Lord says:
“Get up and plead your case before the mountains,
and let the hills hear what you have to say.
2 Hear, you mountains and you ancient foundations of the earth,
the case of the Lord,
for the Lord has a case against his people,
and he will dispute it with Israel.

3 My people, what have I done to you?
How have I burdened you?
Answer me!
4 For I brought you up out of the land of Egypt,
and redeemed you from a house of slavery.
I sent before you Moses, Aaron, and Miriam.
5 My people, remember now what Balak king of Moab devised,
and what Balaam the son of Beor answered him from Shittim to Gilgal,
that you may know the righteous acts of the Lord.” 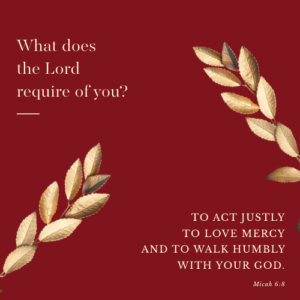 8 O mankind, he has shown you what is good.
What does the Lord require of you, but to act justly,
to love mercy, and to walk humbly with your God?

The Punishment of Israel 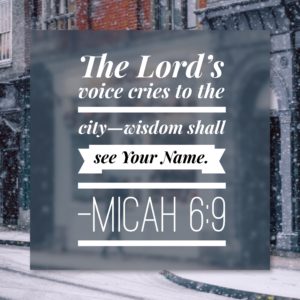 9 The voice of the Lord calls to the city,
and wisdom sees your name:

“Listen to the rod,
and he who appointed it.
10 Are there yet treasures of wickedness in the house of the wicked,
and a shortened measure that is an abomination?
11 Shall I count them pure,
who keep dishonest scales,
and a bag of deceitful weights?
12 Her rich men are full of violence,
her inhabitants speak lies,
and from their mouths, their tongues speak deceit.

13 Therefore I also have struck you with a grievous wound.
I have made you desolate because of your sins.
14 You shall eat, but not be satisfied.
Hunger will be within you.
You will store up, but not save;
and that which you save I will give over to the sword.
15 You will sow, but will not reap.
You will tread the olives, but will not anoint yourself with oil;
and crush grapes, but will not drink the wine.
16 For the statutes of Omri are kept,
and all the works of Ahab’s house.
You walk in their counsels,
that I may make you a ruin,
and her inhabitants a disgrace;
And you will bear the reproach of my people.”

1 Misery is mine!
Indeed, I am like one who gathers the summer fruits,
as gleanings of the vineyard:
There is no cluster of grapes to eat.
nor the early fig which I crave.
2 The godly man has perished from the earth,
and there is no one upright among men.
They all lie in wait for blood;
every man hunts his brother with a net.
3 Their hands are diligently doing that which is evil.
The ruler and the judge ask for a bribe;
and the powerful man dictates his evil desire,
and they all conspire together.
4 The best of them is like a brier.
The most upright is worse than a thorn hedge.
The day of your watchmen,
the day of your punishment has come;
now is the time of confusion.
5 Do not put your trust in a neighbor.
Do not have confidence in a friend.
Be careful of the words you speak
with the woman lying in your embrace!
6 For the son dishonors the father,
the daughter rises up against her mother,
the daughter-in-law against her mother-in-law;
a man’s enemies are the men in his own house.

Israel Looks to the Lord

7 But as for me, I will look to the Lord.
I will wait for the God of my salvation.
My God will hear me.

8 Do not rejoice over me, my enemy.
Though I fall, I will rise.
Though I sit in darkness,
the Lord will be a light to me.
9 I will bear the indignation of the Lord,
because I have sinned against him,
until he pleads my case,
and executes judgment for me.
He will bring me to the light,
and I will see his righteousness.
10 Then my enemy will see it,
and shame will cover the one who said to me,
“Where is the Lord your God?”
Then my enemy will see me and will cover her shame.
Now she will be trodden down like the mire of the streets.

11 A day will come, to rebuild your walls—
In that day, he will extend your territory.
12 In that day they will come to you
from Assyria and the cities of Egypt,
and from Egypt to the River,
and from sea to sea,
and mountain to mountain.
13 Yet the land will be desolate because of those who dwell in it,
for the fruit of their deeds.

14 Shepherd your people with your staff,
the flock of your heritage,
who dwell by themselves in a forest.
In the midst of fertile pasture land, let them feed.
In Bashan and Gilead, as in the days of old.

15 “As in the days of your coming out of the land of Egypt,
I will show them marvelous things.”
16 The nations will see and be ashamed of all their might.
They will lay their hand on their mouth.
Their ears will be deaf.
17 They will lick the dust like a serpent.
Like crawling things of the earth,
they shall come trembling out of their dens.
They will come with fear to the Lord our God,
and will be afraid because of you.

18 Who is a God like you, who pardons iniquity,
and passes over the disobedience of the remnant of his heritage?
He does not stay angry forever,
because he delights in loving kindness.
19 He will again have compassion on us.
He will crush our iniquities under foot;
and you will cast all their sins into the depths of the sea.
20 You will give truth to Jacob,
and mercy to Abraham,
as you have sworn to our fathers from the days of old.

God’s People will be Preserved

1 After this, I saw four angels standing at the four corners of the earth, holding the four winds of the earth, so that no wind would blow on the earth, or on the sea, or on any tree.2 I saw another angel ascend from the sunrise, having the seal of the living God. He cried with a loud voice to the four angels to whom it was given to harm the earth and the sea, 3 saying,

“Do not harm the earth, nor the sea, nor the trees, until we have sealed the servants of our God on their foreheads!”

4 I heard the number of those who were sealed, 144,000, sealed out of every tribe of the Israelites:

Praise from the Great Multitude

9 After these things I looked, and saw a great multitude, which no man could count, out of every nation and from all tribes, peoples, and languages, standing before the throne and before the Lamb, dressed in white robes, with palm branches in their hands. 10 They cried with a loud voice, saying,

“Salvation be to our God,
who sits on the throne,
and to the Lamb!”

11 All the angels were standing around the throne, the elders, and the four living creatures; and they fell on their faces before his throne, and worshiped God, 12 saying,

“Amen! Blessing, glory, wisdom,
thanksgiving, honor, power, and might,
be to our God forever and ever! Amen.”

13 One of the elders answered, saying to me,

“These who are arrayed in the white robes, who are they, and where did they come from?”

He said to me,

“These are the ones who came out of the great suffering. They washed their robes, and made them white in the blood of the Lamb. 15 Therefore they are before the throne of God. They serve him day and night in his temple. He who sits on the throne will spread his tabernacle over them. 16 They will never be hungry or thirsty again. The sun will not beat on them, nor any heat; 17 for the Lamb who is in the midst of the throne shepherds them and leads them to springs of life-giving waters. And God will wipe away every tear from their eyes.”

5 For I know that the Lord is great,
that our Lord is above all gods.
6 Whatever pleased the Lord, that he has done,
in heaven and in earth, in the seas and in all deeps.
7 He causes the clouds to rise from the ends of the earth.
He makes lightning with the rain.
He brings the wind out of his treasuries.

8 He struck the firstborn of Egypt,
both of man and animal.
9 He sent signs and wonders into the midst of you, Egypt,
on Pharaoh, and on all his servants.
10 He struck many nations,
and killed mighty kings,
11 Sihon king of the Amorites,
Og king of Bashan,
and all the kingdoms of Canaan,
12 and gave their land as a heritage,
a heritage to Israel, his people.
13 Your name, O Lord, endures forever;
your renown, Lord, throughout all generations.
14 For the Lord will judge his people
and have compassion on his servants.

5 “Every word of God is flawless.
He is a shield to those who take refuge in him.
6 Do not add to his words,
lest he reprove you, and you be found a liar.