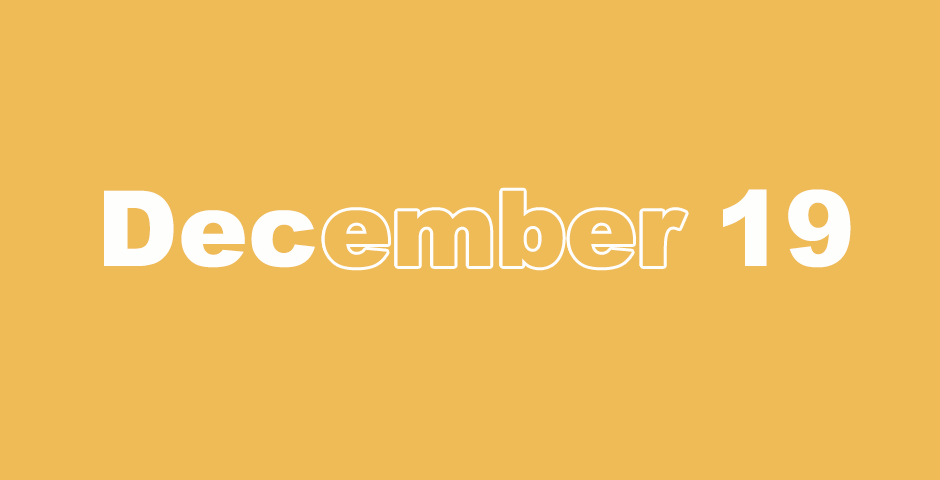 I will leave in your midst a meek and humble people, and they shall trust in the Name of the Lord. Zephaniah 3:12

2 I will utterly sweep away
everything from the face of the earth, declares the Lord.

3 I will sweep away man and animal.
I will sweep away the birds of the sky,
and the fish of the sea,
and the piles of rubble with the wicked.
I will cut off mankind from the face of the earth, declares the Lord.

4 I will stretch out my hand against Judah,
and against all the inhabitants of Jerusalem.
I will cut off the remnant of Baal from this place:
the names of the idolatrous and pagan priests,
5 those who worship the stars in the sky from the housetops,
those who worship and swear by both the Lord and by Malcam,
6 those who have turned back from following the Lord,
and those who have not sought the Lord
nor inquired after him.

7 Be silent at the presence of the Lord God,
for the day of the Lord is at hand.
For the Lord has prepared a sacrifice.
He has consecrated his guests.

8 It will happen on the day of the Lord’s sacrifice,
that I will punish the princes, the king’s sons,
and all those who are clothed with foreign clothing.
9 In that day, I will punish all those who leap over the threshold in pagan rituals,
who fill their master’s house with violence and deceit.

10 In that day, declares the Lord:

12 It will happen at that time,
that I will search Jerusalem with lamps,
and I will punish the men who are stagnant in their secure places,
saying in their heart,
“The Lord will not do good,
nor will he do evil.”
13 Their wealth will become plunder
and their houses laid waste.
Yes, they will build houses
but will not live in them.
They will plant vineyards,
but will not drink their wine.

14 The great day of the Lord is near.
It is near and coming soon,
the sound of the day of the Lord,
when the mighty will cry bitterly.
15 That day is a day of wrath,
a day of distress and anguish,
a day of trouble and ruin,
a day of darkness and gloom,
a day of clouds and thick darkness,
16 a day of the trumpet and battle cry,
against the fortified cities,
and against high towers.
17 I will bring distress on men,
that they will walk like blind men,
because they have sinned against the Lord,
and their blood will be poured out like dust,
and their flesh like excrement.
18 Neither their silver nor their gold
will be able to deliver them
in the day of the Lord’s wrath,
but the whole land will be devoured
by the fire of his jealousy,
for he will make an end,
yes, a terrible end,
of all those who dwell in the land.

The Judgment on the Philistines

4 For Gaza will be forsaken,
and Ashkelon in ruins.
They will drive out Ashdod at noonday,
and Ekron will be rooted up.
5 Woe to the inhabitants of the seacoast,
the nation of the Cherethites!
The word of the Lord is against you,
Canaan, the land of the Philistines.
I will destroy you,
so that there will be no inhabitant.
6 The seacoast will be pastures,
with cottages for shepherds and folds for flocks.
7 The coast will be for the remnant
of the house of Judah.
They will find pasture.
In the houses of Ashkelon,
they will lie down in the evening,
for the Lord, their God, will visit them,
and restore them.

The Judgment on Moab and Ammon

8 I have heard the reproach of Moab,
and the insults of the Ammonites,
with which they have taunted my people,
and arrogantly threatened them at their border.
9 Therefore as I live,
says the Lord of Hosts, the God of Israel,
surely Moab will be like Sodom,
and the descendants of Ammon like Gomorrah,
a place of thorny plants, and salt pits,
and an everlasting wasteland.
The remnant of my people will plunder them,
and the survivors of my nation will inherit them.
10 This they will have for their pride,
for taunting and scoffing at the people of the Lord of Hosts.
11 The Lord will be terrifying to them,
for he will starve all the gods of the land.
Men will worship him,
from every nation and every coast,
each from his own land.

The Judgment on Ethiopia and Assyria

12 You Cushites also,
you will be killed by my sword.
13 He will stretch out his hand against the north,
destroy Assyria, and will leave Nineveh in ruins,
as dry as the wilderness.
14 Herds will lie down in the midst of her,
all the animals of the nations.
Both the desert owl and the screech owl,
will nest in its pillars.
Their calls will echo through the windows.
The entryways will be laid waste,
for he has laid bare the cedar beams.

15 This is the joyous city
that lived carelessly,
that said in her heart,
“I am, and there is no one besides me.”
How she has been devastated,
a place for animals to lie down in!
Everyone who passes by her will scoff,
and shake their fists.

The Judgment on Jerusalem

3 Her leaders are roaring lions.
Her judges are evening wolves.
They leave nothing for the next day.

4 Her prophets are arrogant and treacherous people.
Her priests have profaned the sanctuary.
They have done violence to the law.

5 The righteous Lord is still in the midst of her.
He will do no wrong.
Every morning he brings his justice to light.
He does not fail,
but the unjust know no shame.

8 “Therefore wait for me”, says the Lord,
“until the day
when I arise as a witness,
for my determination is to gather the nations,
that I may assemble the kingdoms,
to pour on them my indignation,
all my fierce anger,
for all the earth will be devoured
with the fire of my jealousy.

Purification of the Nations 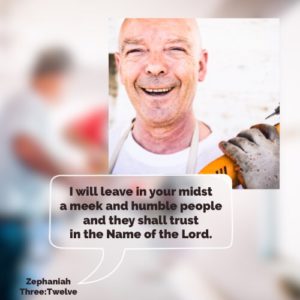 9 For then I will purify
the lips of the peoples,
that they may all call on the name of the Lord,
to serve him shoulder to shoulder.
10 From beyond the rivers of Cush,
my worshipers, the daughter of my dispersed people,
will bring my offering.
11 On that day you will not be put to shame
for any of the deeds by which you sinned against me,
for then I will remove the proud, self-exulting people
from among you
and you will no longer be arrogant
on my holy mountain.

12 But I will leave among you a meek and humble people,
and they will take refuge in the name of the Lord.
13 The remnant of Israel
will not practice sin, nor speak lies,
nor will a deceitful tongue be found in their mouth,
for they will feed and lie down,
and no one will make them afraid.”

14 Sing, daughter of Zion!
Shout, Israel! Be glad and rejoice with all your heart,
daughter of Jerusalem.
15 The Lord has taken away your judgments.
He has thrown out your enemy.
The King of Israel, the Lord, is among you.
You will no longer be afraid of disaster.
16 On that day, it will be said to Jerusalem,
“Do not be afraid, Zion.
Do not let your hands be weak.”
17 The Lord, your God, is among you,
a warrior who will save.
He will exult over you with joy.
He will calm you in his love.
He will rejoice over you with singing.

18 I will gather those among you
who grieve over the appointed feasts,
for whom the reproach of exile was a burden.
19 At that time
I will deal with all those who oppress you,
and I will save those who are lame
and gather those who were driven away.
I will give them praise and honor,
in every land where they have been put to shame.
20 At that time I will bring you back,
and at that time I will gather you;
for I will give you honor and praise
among all the peoples of the earth,
when I restore your fortunes
before your eyes, declares the Lord.

The Angel and the Small Scroll

9 I went to the angel, telling him to give me the little scroll. He said to me, “Take it and eat it. It will make your stomach bitter, but in your mouth it will be as sweet as honey.”

10 I took the little scroll out of the angel’s hand and ate it. It was as sweet as honey in my mouth. When I had eaten it, my stomach was made bitter. 11 They told me, “You must prophesy again over many peoples, nations, languages, and kings.”

I will Give Thanks with my Whole Heart

1 I will give you thanks with my whole heart.
Before the gods, I will sing praises to you.
2 I will bow down toward your holy temple,
and give thanks to your Name for your loving kindness and for your truth;
for you have exalted your Name and your Word above all.
3 On the day that I called, you answered me.
You encouraged me with strength in my soul.

4 All the kings of the earth will give you thanks, O Lord,
for they have heard the words of your mouth.
5 Yes, they will sing of the ways of the Lord,
for the glory of the Lord is great!
6 For though the Lord is high,
yet he looks after the lowly,
but he knows the proud from afar.

7 Though I walk in the midst of trouble, you will revive me.
You will stretch out your hand against the wrath of my enemies.
Your right hand will save me.
8 The Lord will fulfill that which concerns me.
Your loving kindness, Lord, endures forever.
Do not abandon the work of your hands.