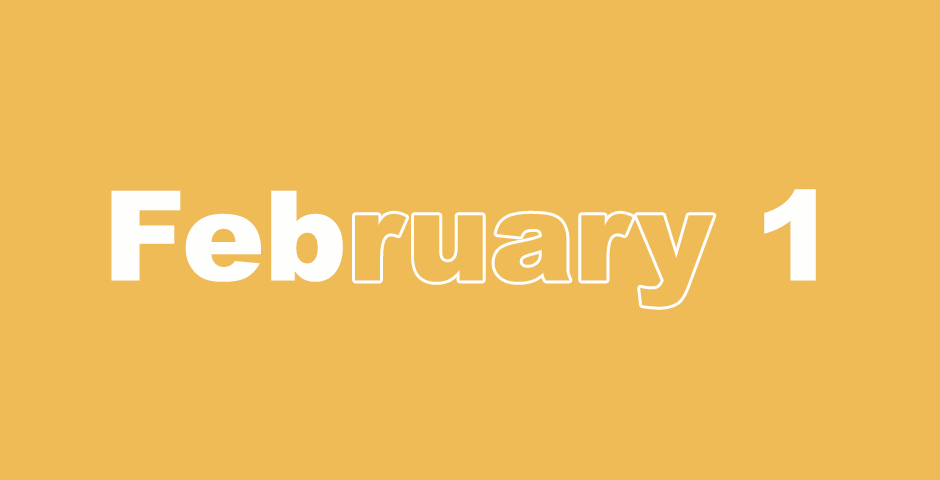 You, in your loving kindness, will lead the people that you have redeemed. You will guide them by your strength to your holy habitation. Exoodus 15:13

1 The Lord spoke to Moses, saying, 2 “Speak to the Israelites, that they turn back and encamp in front of Pihahiroth, between Migdol and the sea. You shall encamp by the sea in front of Baal Zephon.

3 Pharaoh will say of the Israelites, ‘They are wandering in the land. The wilderness has shut them in.’ 4 I will harden Pharaoh’s heart, and he will follow after them; and I will be honored through Pharaoh, and through all his armies; and the Egyptians shall know that I am the Lord.” So this is what the Israelites did.

5 The king of Egypt was told that the people had fled, and the heart of Pharaoh and his servants was changed toward the people, and they said, “What is this we have done, that we have let Israel go from serving us?”

6 He prepared his chariot and took his army with him, 7 and he took 600 chosen chariots and all the chariots of Egypt, with captains over all of them.

8 The Lord hardened the heart of Pharaoh king of Egypt, and he pursued the Israelites, for the Israelites went out with hands held high. 9 The Egyptians pursued them. All the horses and chariots of Pharaoh, his horsemen and his army overtook them encamping by the sea, beside Pihahiroth, before Baal Zephon.

10 When Pharaoh came near, the Israelites looked up, and the Egyptians were marching after them; and they were terrified. The Israelites cried out to the Lord. 11 They said to Moses, “Is it because there were no graves in Egypt, that have you taken us away to die in the wilderness? Why have you treated us this way, to bring us out of Egypt? 12 Isn’t this what we said to you in Egypt, ‘Leave us alone, that we may serve the Egyptians?’ For it would have been better for us to serve the Egyptians than to die in the wilderness.”

13 Moses said to the people, “Don’t be afraid. Stand still and see the salvation of the Lord, which he will work for you today; for you will never again see the Egyptians whom you have seen today. 14 Hold your peace, and the Lord will fight for you.”

15 The Lord said to Moses, “Why do you cry to me? Tell the Israelites to go forward. 16 Lift up your staff and stretch out your hand over the sea and divide it. Then the Israelites shall go into the middle of the sea on dry ground. 17 I myself will harden the hearts of the Egyptians, and they will go in after them. I will receive glory through Pharaoh and through all of his armies, his chariots, and his horsemen. 18 The Egyptians shall know that I am the Lord when I have gained honor over Pharaoh, over his chariots, and over his horsemen.”

19 The angel of the Lord, who went before the camp of Israel, moved and went behind them, and the pillar of cloud moved from before them and stood behind them. 20 It came between the Egyptian and the Israelite camps. The cloud remained in the darkness, yet it gave light by night. Neither camp came near the other all night.

23 The Egyptians pursued them, going after them into the middle of the sea: all of Pharaoh’s horses, his chariots, and his horsemen.

26 The Lord said to Moses, “Stretch out your hand over the sea, that the waters may come back on the Egyptians, on their chariots, and on their horsemen.” 27 Moses stretched out his hand over the sea, and the sea returned at daybreak to its normal place, and the Egyptians fled against it. The Lord overthrew the Egyptians in the middle of the sea. 28 The waters returned and covered the chariots and the horsemen, Pharaoh’s entire army that had gone in after them into the sea. There remained not so much as one of them. 29 But the Israelites walked on dry land in the middle of the sea, and the waters were a wall to them on their right and on their left.

1 Then Moses and the Israelites sang this song to the Lord and said,

“I will sing to the Lord, for he has triumphed gloriously.
He has thrown the horse and his rider into the sea.

4 He has cast Pharaoh’s chariots and his army into the sea.
His chosen captains are sunk in the Red Sea.

5 The deep covers them.
They went down into the depths like a stone.

7 In the greatness of your excellency, you overthrow those who rise up against you.
You send out your wrath. It consumes them as stubble.

8 With the blast of your nostrils, the waters were piled up.
The floods stood upright like a wall.
The deep became firm in the heart of the sea.

9 The enemy said, ‘I will pursue. I will overtake. I will divide the plunder.
My desire will be satisfied through them.
I will draw my sword. My hand will destroy them.’

10 You blew with your wind.
The sea covered them.
They sank like lead in the mighty waters.

12 You stretched out your right hand.
The earth swallowed them. 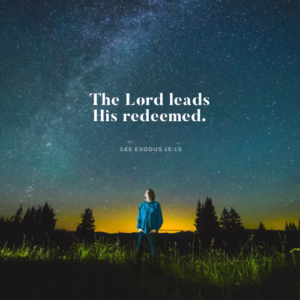 13 “You, in your loving kindness, will lead the people that you have redeemed.
You will guide them by your strength to your holy habitation.

14 The nations will hear
and tremble.
Anguish will take hold of the inhabitants of Philistia.

15 Then the leaders of Edom will be dismayed.
Trembling will take hold of the mighty men of Moab.
All the inhabitants of Canaan will melt away.

16 Terror and dread will fall on them.
By the greatness of your arm they are as still as a stone,
until your people pass over, Lord,
until the people you have purchased pass over.

17 You will bring them in, and plant them in the mountain of your inheritance,
the place, Lord, which you have made for yourself to dwell in,
the sanctuary, Lord, which your hands have established.

18 The Lord will reign forever and ever.”

19 For the horses of Pharaoh went in with his chariots and with his horsemen into the sea, and the Lord brought back the waters of the sea on them, but the Israelites walked on dry land in the middle of the sea.

20 Miriam the prophetess, the sister of Aaron, took a tambourine in her hand, and all the women went out after her with tambourines and with dances. 21 Miriam answered them,

“Sing to the Lord, for he has triumphed gloriously.
The horse and his rider he has thrown into the sea.”

The Waters of Marah

24 The people grumbled against Moses, saying, “What shall we drink?” 25 Then he cried to the Lord. The Lord showed him a tree, and he threw it into the water, and the water was made sweet. There he made a statute and an ordinance for them, and there he tested them.

26 He said, “If you will diligently listen to the voice of the Lord your God and will do that which is right in his eyes and will pay attention to his commandments, and keep all his statutes, I will bring none of the diseases on you, which I have brought on the Egyptians, for I am the Lord who heals you.”

27 They came to Elim, where there were twelve springs of water and 70 palm trees. They encamped there by the waters.

23 When Jesus had come into the temple, the chief priests and the elders of the people came to him as he was teaching and said, “By what authority do you do these things? Who gave you this authority?”

24 Jesus answered them, “I also will ask you one question, which if you tell me, I likewise will tell you by what authority I do these things. 25 The baptism of John, where was it from? From heaven or from men?”

They reasoned among themselves, saying, “If we say, ‘From heaven,’ he will ask us, ‘Why then did you not believe him?’ 26 But if we say, ‘From men,’ we fear the multitude, for all hold John as a prophet.” 27 They answered Jesus, “We don’t know.”

He also said to them, “Nor will I tell you by what authority I do these things.

The Parable of the Two Sons

28 But what do you think? A man had two sons, and he came to the first and said, ‘Son, go work today in my vineyard.’ 29 He answered, ‘I will not,’ but afterward he changed his mind and went. 30 He came to the second and said the same thing. He answered, ‘I’m going, sir,’ but he did not go. 31 Which of the two did the will of his father?”

They said to him, “The first.”

The Parable of the Wicked Tenants

33 “Hear another parable. There was a man who was a master of a household, who planted a vineyard, set a hedge around it, dug a wine press in it, built a tower, leased it out to farmers, and went to another country.

34 When fruit season came, he sent his servants to the farmers, to collect his fruit. 35 The farmers took his servants, beat one, killed another, and stoned another.

36 Again, he sent other servants, more than the first, and they treated them the same way.

37 But afterward he sent to them his son, saying, ‘They will respect my son.’

38 But the farmers, when they saw the son, said among themselves, ‘This is the heir. Come, let’s kill him and seize his inheritance.’ 39 So they took him and threw him out of the vineyard and killed him.

40 When therefore the master of the vineyard comes, what will he do to those farmers?”

41 They told him, “He will utterly destroy those wicked men and will lease out the vineyard to other farmers who will give him the fruit in its season.”

42 Jesus said to them, “Did you never read in the Scriptures,

‘The stone which the builders rejected
has become the cornerstone.
This was from the Lord.
It is marvelous in our eyes.’

43 “Therefore I tell you, the Kingdom of God will be taken away from you and will be given to a nation that will produce fruit. 44 He who falls on this stone will be broken to pieces, but on whomever it will fall, it will scatter him like dust.”

45 When the chief priests and the Pharisees heard his parables, they perceived that he was speaking about them. 46 They sought to arrest him, but they feared the multitudes because they considered him to be a prophet.

1 Vindicate me, O Lord, for I have walked with integrity.
I have trusted in the Lord without wavering.
2 Test me, O Lord, and try me.
Examine my heart and my mind.
3 For your loving kindness is before my eyes.
I have walked in your truth.

4 I have not sat with deceitful men,
nor will I go in with hypocrites.
5 I hate the assembly of evildoers,
and will not sit with the wicked.
6 I will wash my hands in innocence,
so I will go about your altar, Lord,
7 that I may raise my voice in thanksgiving
and tell all of your wondrous deeds.

8 Lord, I love the habitation of your house,
the place where your glory dwells.
9 Do not gather my soul with sinners,
nor my life with bloodthirsty men,
10 in whose hands is wickedness;
their right hand is full of bribes.

11 But as for me, I will walk with integrity.
Redeem me and be merciful to me.
12 My foot stands on even ground.
In the congregations, I will bless the Lord.

16 There are six things which the Lord hates;
yes, seven which are an abomination to him:
17 arrogant eyes, a lying tongue,
hands that shed innocent blood,
18 a heart that devises wicked schemes,
feet that are swift in running to mischief,
19 a false witness who utters lies,
and he who sows discord among brothers.