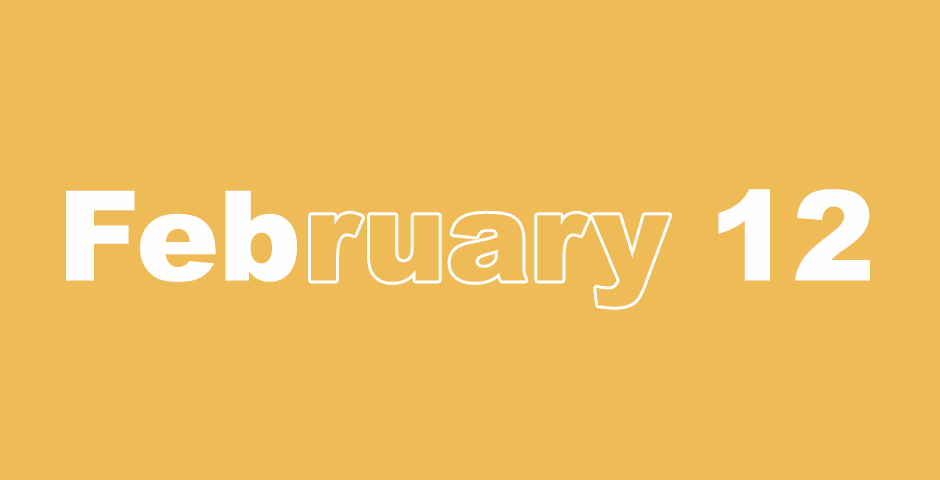 Blessed is the nation whose God is the Lord, the people whom he has chosen for his own possession. Psalm 33:12

The Tablets are Replaced

1 The Lord said to Moses, “Chisel two stone tablets like the first. I will write on the tablets, the words that were on the first tablets, which you broke. 2 Be ready by morning and come up in the morning to Mount Sinai and present yourself there to me on the top of the mountain. 3 No one shall come up with you or be seen anywhere on the mountain. Do not let the flocks or herds graze in front of that mountain.”

4 He chiseled two tablets of stone like the first. Then Moses rose up early in the morning and went up to Mount Sinai, as the Lord had commanded him and took in his hand two stone tablets.

“The Lord, Yahweh, is a merciful and gracious God,
slow to anger and abundant in faithful love and truth,
7 keeping covenant loyalty a thousand fold,
forgiving iniquity and transgression and sin;
but who will by no means clear the guilty,
visiting the iniquity of the fathers on the children
and on the children’s children
to the third and to the fourth generation.”

8 Moses hurried and bowed his head to the ground and worshiped. 9 He said, “If now I have found favor in your sight, O Lord, please let my Lord, I pray, go among us, even though this is a stiff-necked people. Pardon our iniquity and our sin and take us for your own possession.”

The Lord Renews the Covenant

10 He said, “I am making a covenant before all your people. I will do marvels, such as have not been done in all the earth, nor in any nation; and all the people among whom you live shall see the work of the Lord; for it is an awesome thing that I am doing with you.

11 Observe that which I am commanding you today. I will drive out before you the Amorite, the Canaanite, the Hittite, the Perizzite, the Hivite, and the Jebusite.

12 Be careful, lest you make a covenant with the inhabitants of the land where you are going, lest it become a snare among you, 13 but you shall destroy their altars and break their images, and you shall cut down their Asherah poles. 14 For you shall worship no other god, for the Lord, whose name is Jealous, is a jealous God.

17 “You shall make for yourselves, no molten gods.

25 “You shall not offer the blood of my sacrifice with leavened bread. The sacrifice of the feast of the Passover shall not be left to the morning.

26 “You shall bring the first of the first fruits of your land to the house of the Lord your God.

“You shall not boil a young goat in its mother’s milk.”

27 The Lord said to Moses, “Write these words, for in accordance with these words I have made a covenant with you and with Israel.”

28 He was there with the Lord 40 days and 40 nights. He neither ate bread, nor drank water. He wrote on the tablets the words of the covenant, the Ten Commandments.

The Radiant Face of Moses

29 And it came to pass, when Moses came down from Mount Sinai with the two tablets of the covenant in Moses’ hand, when he came down from the mountain, that Moses did not know that the skin of his face shone because he had been speaking with the Lord.

30 When Aaron and all the Israelites saw Moses, because the skin of his face shone, they were afraid to come near him. 31 Moses called to them, and Aaron and all the rulers of the congregation returned to him, and Moses spoke to them.

32 Afterward all the Israelites came near, and he gave them all the commandments that the Lord had spoken to him on Mount Sinai. 33 When Moses was done speaking with them, he put a veil on his face.

15 Now at the feast, it was the custom of the governor to release to the crowds, one prisoner whom they chose. 16 They had in custody at that time, a notorious prisoner named Barabbas. 17 Therefore when they were gathered together, Pilate said to them, “Whom do you want me to release to you, Barabbas or Jesus, who is called the Messiah?” 18 For he knew that it was because of envy they had delivered him up.

19 While Pilate was sitting on the judgment seat, his wife sent to him, “Have nothing to do with that righteous man, for I have suffered many things today in a dream because of him.”

20 Now the chief priests and the elders persuaded the multitudes to ask for Barabbas and destroy Jesus. 21 The governor answered them, “Which of the two do you want me to release to you?”

22 Pilate said to them, “What then shall I do to Jesus, who is called the Messiah?”

They all said to him, “Let him be crucified!”

23 But the governor said, “Why? What crime has he committed?”

But they cried out more, saying, “Let him be crucified!”

24 So when Pilate saw that he was not prevailing, but rather that a disturbance was starting, he took water and washed his hands before the multitude, saying, “I am innocent of the blood of this righteous person. See to it yourselves.”

25 All the people answered, “May his blood be on us and on our children!”

26 Then he released Barabbas to them, and after having Jesus flogged, he delivered him up that he might be crucified.

27 Then the governor’s soldiers took Jesus into the Praetorium and gathered the whole battalion together against him. 28 They stripped him and put a scarlet robe on him. 29 When they had braided a crown of thorns, they put it on his head and put a reed in his right hand, and having bowed down on their knees before him, they mocked him, saying, “Hail, King of the Jews!” 30 They spit on him and took the reed and struck him on the head. 31 And after they had mocked him, they took the robe off of him and put his own clothes on him and led him away to crucify him. 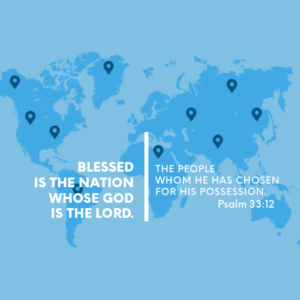 12 Blessed is the nation whose God is the Lord,
the people whom he has chosen for his own possession.

13 The Lord looks down from heaven.
He sees all the sons of men.
14 From the place of his dwelling,
he looks out on all the inhabitants of the earth.
15 He fashions their hearts alike.
He considers all of their works.
16 There is no king saved by the multitude of an army.
A mighty man is not delivered by great strength.

17 A horse is a vain hope for victory,
nor will he deliver any by his great strength.
18 The eye of the Lord is on those who fear him,
on those who hope in his mercy,
19 to deliver their soul from death
and to keep them alive in famine.

20 We wait for the Lord.
He is our help and our shield.
21 For our heart shall rejoice in him
because we have trusted in his holy name.
22 Let your covenant loyalty be upon us, O Lord,
according to the hope we have in you.

1 Wisdom has built her house.
She has carved out her seven pillars.
2 She has prepared her meat.
She has mixed her wine.
She has also set her table.
3 She has sent out her maidens.
She cries from the highest places of the city:
4 “Whoever is simple, let him turn in here!”
As for him who is void of understanding, she says to him,
5 “Come, eat of my bread,
Drink of the wine which I have mixed!
6 Forsake the foolish and live,
And go in the way of understanding.”