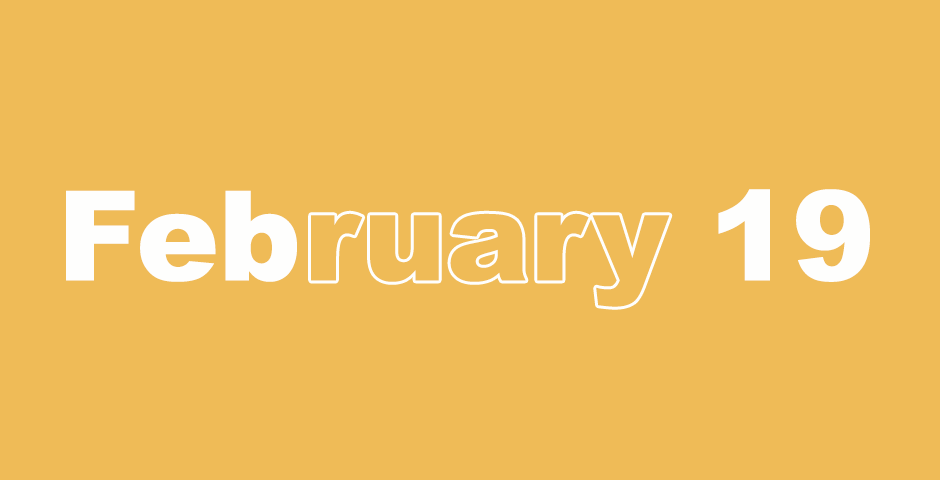 Though he may fall, he shall not be utterly cast down, for the Lord upholds him with his hand. Psalm 37:24

Moses Consecrates Aaron and his Sons

1 The Lord spoke to Moses, saying, 2 “Take Aaron and his sons with him, and the garments, the anointing oil, the bull of the sin offering, the two rams, and the basket of unleavened bread, 3 and assemble the entire congregation at the door of the Tent of Meeting.”

6 Moses brought Aaron and his sons, and washed them with water. 7 He put the tunic on him, tied the sash on him, clothed him with the robe, put the ephod on him, and tied the skillfully woven band of the ephod on him, fastening it to him with it. 8 He placed the breastplate on him. He put the Urim and Thummim in the breastplate. 9 He set the turban on his head. He set the golden plate, the holy crown, on the front of the turban, as the Lord commanded Moses.

10 Moses took the anointing oil and anointed the tabernacle and all that was in it, and sanctified them. 11 He sprinkled it on the altar seven times and anointed the altar and all its vessels and the basin and its base, to sanctify them. 12 He poured some of the anointing oil on Aaron’s head, and anointed him, to sanctify him. 13 Moses brought Aaron’s sons, and clothed them with tunics and tied sashes on them and put headbands on them, as the Lord commanded Moses.

16 He took all the fat that was on the internal organs and the cover of the liver and the two kidneys and their fat, and Moses burned it on the altar. 17 But the bull and its skin and its meat and its dung, he burned with fire outside the camp, as the Lord commanded Moses.

18 He presented the ram of the burnt offering. Aaron and his sons laid their hands on the head of the ram. 19 He slaughtered it, and Moses sprinkled the blood around on the altar. 20 He cut the ram into pieces, and Moses burned the head and the pieces and the fat. 21 He washed the innards and the legs with water, and Moses burned the whole ram on the altar. It was a burnt offering for a pleasing aroma, an offering made by fire to the Lord, as the Lord commanded Moses.

The Ram of Consecration

22 He presented the other ram, the ram of consecration. Aaron and his sons laid their hands on the head of the ram. 23 He slaughtered it, and Moses took some of its blood and put it on the tip of Aaron’s right ear and on the thumb of his right hand and on the big toe of his right foot.

24 He brought Aaron’s sons, and Moses put some of the blood on the tip of their right ear and on the thumb of their right hand and on the big toe of their right foot, and Moses sprinkled the blood around on the altar. 25 He took the fat, the fat tail, all the fat that was on the internal organs, the cover of the liver, the two kidneys and their fat, and the right thigh, 26 and out of the basket of unleavened bread that was before the Lord, he took one unleavened cake, one cake of oiled bread and one wafer and placed them on the fat and on the right thigh.

31 Moses said to Aaron and to his sons, “Boil the meat at the door of the Tent of Meeting and eat it there with the bread that is in the basket of consecration, as I commanded, saying, ‘Aaron and his sons must eat it.’ 32 What remains of the meat and of the bread you must burn with fire.

33 You must not go out from the door of the Tent of Meeting for seven days, until the days of your consecration are fulfilled, for he must consecrate you for seven days. 34 What has been done today, so the Lord has commanded to be done, to make atonement for you.

35 You must abide at the door of the Tent of Meeting day and night for seven days and keep the Lord’s command, that you do not die, for so I am commanded.”

36 Aaron and his sons did all the things which the Lord commanded through Moses.

The First Offerings of Aaron

1 On the eighth day, Moses called Aaron and his sons and the elders of Israel, 2 and he said to Aaron, “Take a calf from the herd for a sin offering and a ram for a burnt offering, without defect, and offer them before the Lord. 3 You must speak to the Israelites, saying, ‘Take a male goat for a sin offering, and a calf and a lamb, both a year old, without defect, for a burnt offering, 4 and a bull and a ram for peace offerings, to sacrifice before the Lord, and a grain offering mixed with oil, for today the Lord will appear to you.’ ”

5 They brought what Moses commanded before the Tent of Meeting. The entire congregation came near and stood before the Lord. 6 Moses said, “This is what the Lord commanded that you should do, that the glory of the Lord will appear to you.” 7 Moses said to Aaron, “Draw near to the altar and offer your sin offering and your burnt offering and make atonement for yourself and for the people, and present the offering of the people and make atonement for them, as the Lord commanded.”

8 So Aaron came near to the altar and slaughtered the calf of the sin offering, which was for himself. 9 The sons of Aaron presented the blood to him, and he dipped his finger in the blood and put it on the horns of the altar and poured out the blood at the base of the altar, 10 but the fat and the kidneys and the cover from the liver of the sin offering, he burned on the altar, as the Lord commanded Moses. 11 The meat and the skin he burned with fire outside the camp.

The Offerings for the People

18 He also slaughtered the bull and the ram, the sacrifice of peace offerings, which was for the people. Aaron’s sons delivered to him the blood, which he sprinkled around on the altar, 19 and the fat of the bull and of the ram, the fat tail, and that which covers the internal organs, and the kidneys, and the cover of the liver; 20 and they put the fat upon the breasts, and he burned the fat on the altar. 21 Aaron waved the breasts and the right thigh for a wave offering before the Lord, as Moses commanded.

Moses and Aaron Bless the People

23 Moses and Aaron went into the Tent of Meeting and came out and blessed the people, and the glory of the Lord appeared to all the people. 24 Fire came out from before the Lord and consumed the burnt offering and the fat upon the altar. When all the people saw it, they shouted and fell on their faces.

Jesus’ Parable of the Sower

1 Again Jesus began to teach by the seaside. A great multitude was gathered to him, so that he entered into a boat in the sea and sat down. The entire crowd was on the land by the sea. 2 He taught them many things in parables, and teaching them, he said:

3 “Listen! The farmer went out to sow, 4 and as he sowed, some seed fell by the road, and the birds came and devoured it. 5 Others fell on the rocky ground, where it had little soil, and immediately it sprang up, because it had no depth of soil. 6 When the sun had risen, it was scorched, and because it had no root, it withered away. 7 Others fell among the thorns, and the thorns grew up and choked it, and it yielded no fruit. 8 Others fell into the good ground, and yielded fruit, growing up and increasing. Some produced 30 times, some 60 times, and some 100 times as much.” 9 He said, “Whoever has ears to hear, let him hear.”

The Purpose of Jesus’ Parables

10 When he was alone, those who were around him with the twelve disciples asked him about the parables. 11 He said to them, “To you, the mystery of the Kingdom of God is given, but to those who are outside, everything is in parables, 12 so that ‘seeing they may see, and not perceive, and hearing they may hear, and not understand, or else they would turn back, and their sins would be forgiven.’ ”

The Parable of the Sower Explained

13 He said to them, “Do you not understand this parable? How will you understand any of the parables?

18 Others are those who are sown among the thorns. These are the ones who have heard the Word, 19 and the cares of this age and the deceitfulness of riches and the lusts of other things entering in choke the Word, and it becomes unfruitful.

20 Those which were sown on the good ground are the ones who hear the Word and accept it and bear fruit, some 30 times, some 60 times, and some 100 times.”

The Lesson of the Lamp

21 He said to them, “Is the lamp brought in to be put under a basket or under a bed? Is it not put on a lampstand? 22 For there is nothing hidden, except that it should be made known, nor was anything made secret, but that it should come to light. 23 If anyone has ears to hear, let him listen.”

24 He said to them, “Take heed to what you hear. With the measure you give, it will be measured back to you, and to those who hear, more will be given. 25 For whoever has, more will be given to him, and he who does not have, even that which he has will be taken away from him.”

12 The wicked plot against the just
and gnash at him with their teeth.
13 The Lord laughs at them,
for he sees that their day is coming.

14 The wicked have drawn their sword
and have bent their bow,
to cast down the poor and needy,
to slay those who are upright in conversation.
15 Their sword shall enter into their own heart.
Their bows shall be broken.

16 Better is a little that the righteous have,
than the abundance of many wicked.
17 For the arms of the wicked shall be broken,
but the Lord upholds the righteous.

18 The Lord watches over the upright, every day of their life.
Their inheritance shall endure forever.
19 They shall not be ashamed in times of adversity.
In the days of famine they shall be satisfied.

20 But the wicked shall perish.
The enemies of the Lord will be like the beauty of the pastures.
They will vanish—
vanish like smoke. 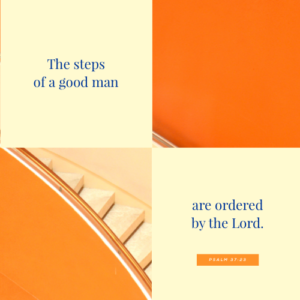 23 The steps of a good man are ordered by the Lord.
He delights in his way.
24 Though he may fall, he shall not be utterly cast down,
for the Lord upholds him with his hand.

25 I have been young, and am now old,
yet I have not seen the righteous forsaken,
nor his descendants begging for bread.
26 He is always generous and lending.
His descendants are blessed.

27 Depart from evil, and do good.
And live forevermore.
28 For the Lord loves justice,
and does not forsake his saints.
They are protected forever,
but the children of the wicked will be cut off.
29 The righteous shall inherit the earth,
and live in it forever.

5 He who gathers in summer is a wise son,
but he who sleeps during the harvest brings shame.