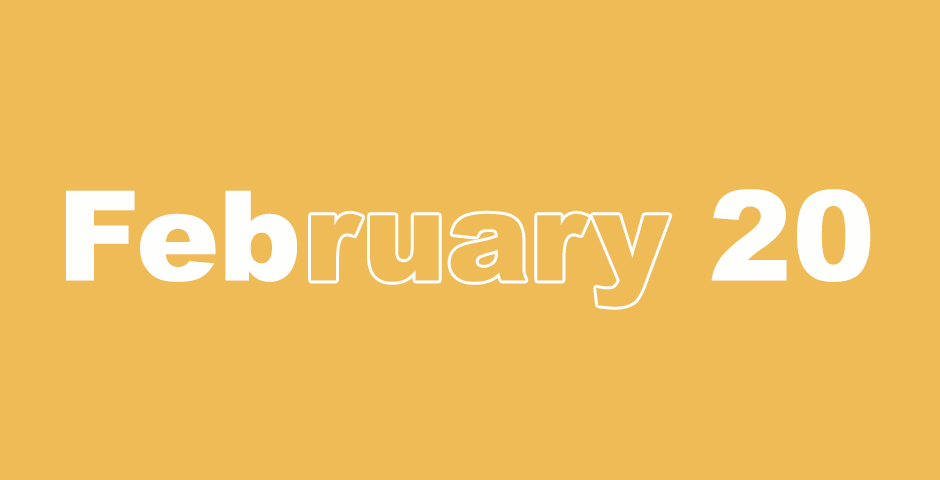 The law of his God is in his heart. None of his steps shall slide. Psalm 37:31

The Sin of Nadab and Abihu

1 Nadab and Abihu, the sons of Aaron, each took his censer and put fire in it and laid incense on it and offered unauthorized fire before the Lord, which he had not commanded them. 2 Fire came out from the presence of the Lord, and devoured them, and they died before the Lord.

3 Then Moses said to Aaron, “This is what the Lord spoke of, saying,

‘I will be treated as holy
by those who come near me,
and before all the people
I shall be glorified.’ ”

4 Moses called Mishael and Elzaphan, the sons of Uzziel the uncle of Aaron and said to them, “Draw near; carry your brothers from before the sanctuary out of the camp.” 5 So they came near and carried them in their tunics out of the camp, as Moses had said.

6 Moses said to Aaron, and to Eleazar and to Ithamar, his sons, “Do not let the hair of your heads go loose and do not tear your clothes, so that you do not die and so that he will not be angry with all the congregation, but let your brothers, the whole house of Israel, mourn the burning which the Lord has kindled. 7 You shall not go out from the door of the Tent of Meeting, lest you die, for the anointing oil of the Lord is on you.”

They did according to the word of Moses.

8 Then the Lord said to Aaron, 9 “You and your sons are not to drink wine or strong drink whenever you go into the Tent of Meeting, or you will die. This shall be a statute forever throughout your generations. 10 You are to make a distinction between the holy and the common, and between the unclean and the clean. 11 You are to teach the Israelites all the statutes which the Lord has spoken to them by Moses.”

16 Moses diligently inquired about the goat of the sin offering, and it was burned. He was angry with Eleazar and with Ithamar, the sons of Aaron who were left, saying, 17 “Why haven’t you eaten the sin offering inside the sanctuary, since it is most holy, and he has given it to you to bear the iniquity of the congregation, to make atonement for them before the Lord? 18 Its blood was not brought into the inner part of the sanctuary. You certainly should have eaten it in the sanctuary, as I commanded.”

19 Aaron spoke to Moses, “Today they have offered their sin offering and their burnt offering before the Lord, and such things as these have happened to me. If I had eaten the sin offering today, would it have been pleasing in the Lord’s sight?”

26 And he said, “This is the Kingdom of God: a man scatters seed on the ground, 27 and he sleeps and wakes night and day while the seed springs up and grows, though he does not know how. 28 For on its own, the earth bears fruit: first the blade, then the ear, then the full grain in the ear. 29 But when the fruit is ripe, immediately he puts in the sickle, because the harvest has come.”

30 He said, “To what shall we liken the Kingdom of God? Or with what parable will we illustrate it? 31 It is like a grain of mustard seed, which, when it has been sown on the ground, though it is less than all the seeds that are on the earth, 32 yet when it is sown, grows up and becomes greater than all the herbs and puts out great branches, so that the birds of the sky can dwell under the shadow of it.”

33 With many such parables he spoke the Word to them, as they were able to hear it. 34 He did not speak to them without using parables, but privately, to his own disciples, he explained everything.

35 On that day, when evening had come, he said to them, “Let’s go over to the other side.” 36 Leaving the multitude, they took him with them as he was, in the boat. Other small boats were also with him. 37 And there arose a great wind storm, and the waves beat into the boat, so much that the boat was already filling up. 38 Jesus himself was in the back of the boat with his head on a cushion, sleeping, and they woke him up and told him, “Teacher, do you not care that we are dying?”

39 He awoke, and rebuked the wind and said to the sea, “Peace! Be still!” The wind ceased, and there was a great calm. 40 He said to them, “Why are you so afraid? How is it that you have no faith?”

41 They were terrified and said to one another, “Who then is this, that even the wind and the sea obey him?”

1 They came to the other side of the sea, into the country of the Gadarenes. 2 When he had come out of the boat, immediately a man with an unclean spirit met him out of the tombs. 3 He lived among the tombs. He could no longer be bound by any man, not even with chains, 4 because he had often been bound with shackles and chains, and he had torn the chains apart and shattered the shackles. Nobody had the strength to subdue him. 5 Night and day, in the tombs and in the mountains, he was continually crying out and cutting himself with stones.

6 When he saw Jesus from afar, he ran and bowed down to him, 7 and crying out with a loud voice, he said, “What have I to do with you, Jesus, Son of the Most High God? I beg of you, by God, do not torment me.” 8 For Jesus had said to him, “Come out of the man, unclean spirit!”

He said to him, “My name is Legion, for we are many.” 10 And he begged Jesus repeatedly, that he would not send them out of the region. 11 Now on the mountainside there was a great herd of pigs feeding. 12 All the demons begged Jesus, saying, “Send us into the pigs, that we may enter into them.”

13 At once Jesus gave them permission. The unclean spirits came out and entered into the pigs. The herd of about 2,000 rushed down the steep bank into the sea, and they were drowned in the sea.

14 Those tending the pigs fled and told it in the city and in the country.  And the people came to see what had happened. 15 They came to Jesus, and saw the man who had been possessed by demons sitting, clothed, and in his right mind, the same man who had the legion; and they were afraid. 16 Those who had witnessed it described to them what had happened to the demon-possessed man, and about the pigs. 17 They began to implore Jesus to depart from their region.

18 As Jesus was entering into the boat, the man who had been demon-possessed begged him that he might be with him. 19 However, Jesus did not permit him, but said to him, “Go home to your own people, and tell them what great things the Lord has done for you, and how he had compassion on you.”

20 He went his way and began to proclaim in Decapolis how Jesus had done great things for him, and everyone marveled. 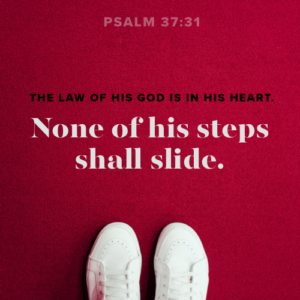 30 The mouth of the righteous speaks wisdom.
His tongue speaks justice.
31 The law of his God is in his heart.
None of his steps shall slide.
32 The wicked watch the righteous,
and seek to slay him.

33 The Lord will not leave him in the hand of the wicked,
nor condemn him when he is judged.
34 Wait for the Lord, and keep his way,
and he will exalt you to inherit the land.
When the wicked are cut off, you shall see it.

35 I have seen the wicked in great power,
spreading himself like a green tree in its native soil.
36 But he passed away, and behold, he was no more.
Yes, I sought him, but he could not be found.

37 Watch the blameless man, and observe the upstanding,
for the destiny of that man is peace.
38 But the transgressors shall be destroyed together.
The future of the wicked shall be cut off.

39 But the salvation of the righteous is from the Lord.
He is their strength in the time of trouble.
40 The Lord shall help them and deliver them.
He shall deliver them from the wicked and save them,
because they trust in him.