By wisdom God founded the earth. By understanding, he established the heavens. Proverbs 3:19

1 Jacob looked up and saw Esau was coming, and with him 400 men. He divided the children between Leah, Rachel, and the two maidservants. 2 He put the servants and their children in front, Leah and her children after, and Rachel and Joseph at the rear. 3 He himself crossed over in front of them, and bowed to the ground seven times, until he came near to his brother.

4 Esau ran to meet him and embraced him, threw his arms around his neck, and kissed him, and they wept. 5 He looked up and saw the women and the children and said, “Who are these with you?”

8 Esau said, “What did you mean with all the droves of flocks and herds which I met?”

Jacob said, “To find favor in the sight of my lord.”

9 Esau said, “I have enough, my brother. Let that which you have be yours.”

10 Jacob said, “Please, no, if I have now found favor in your sight, then receive the gift from my hand, because, like seeing the face of God, I have seen your face, and you were pleased with me. 11 Please take the gift that I brought to you, because God has dealt graciously with me and because I have enough.” Jacob urged him, and he took it.

12 Esau said, “Let’s go on our journey together, and I will go on ahead of you.”

13 Jacob said to him, “My lord knows that the children are weak and that the flocks and herds with me have their young, and if they drive them too hard in a day, all the flocks will die. 14 Please let my lord pass over ahead of his servant, and I will lead on slowly, in pace with the livestock that are in front of me and in pace with the children, until I come to my lord in Seir.”

15 Esau said, “Let me now leave with you some of the people who are with me.”

He said, “Why? Let me find favor in the sight of my lord.”

16 So Esau returned that day on his way to Seir. 17 Jacob traveled to Succoth, built himself a house, and made shelters for his livestock. Therefore the place is called Succoth.

18 Jacob came in peace to the city of Shechem, which is in the land of Canaan, when he came from Paddan Aram and encamped before the city. 19 He bought the parcel of land where he had spread his tent, at the hand of the descendants of Hamor, Shechem’s father, for 100 coins. 20 He erected an altar there and called it El Elohe Israel.

5 Now Jacob heard that he had defiled Dinah, his daughter, and his sons were with his livestock in the field. Jacob held his peace until they came. 6 Hamor the father of Shechem went out to Jacob to talk with him. 7 The sons of Jacob came in from the field when they heard it. The men were grieved, and they were very angry, because he had done this disgraceful thing in Israel in lying with Jacob’s daughter, a thing that ought not to be done.

8 Hamor talked with them, saying, “The heart of my son, Shechem, longs for your daughter. Please give her to him as a wife. 9 Intermarry with us. Give your daughters to us and take our daughters for yourselves. 10 Dwell among us, and the land will be available to you. Live and trade in it and acquire possessions in it.”

11 Shechem said to Dinah’s father and brothers, “Let me find favor in your sight, and whatever you tell me I will give.

12 Ask of me a great amount as a dowry, and I will give whatever you ask of me, but give me the young lady as a wife.”

13 The sons of Jacob answered Shechem and Hamor his father with deceit when they spoke, because he had raped Dinah their sister, 14 and said to them, “We can’t do this thing, to give our sister to one who is uncircumcised, for that is a disgrace to us. 15 Only on this condition will we consent to you. If you will be as we are, that every male among you be circumcised, 16 then will we give our daughters to you, and we will take your daughters to us, and we will dwell with you, and we will become one people. 17 But if you will not listen to us and be circumcised, then we will take our sister, and we will be gone.”

18 Their words pleased Hamor and Shechem, Hamor’s son. 19 The young man did not wait to do this, because he delighted in Jacob’s daughter, and he was honored above the entire house of his father. 20 Hamor and Shechem, his son, came to the gate of their city and talked with the men of their city, saying, 21 “These men are peaceful among us. Therefore let them live in the land and trade in it. For the land is large enough for them. Let’s take their daughters as wives, and let’s give them our daughters. 22 Only on this condition will the men consent to us to live with us, to become one people, if every male among us is circumcised, as they are circumcised. 23 Won’t their livestock and their possessions and all their animals be ours? Only let us give our consent to them, and they will dwell with us.”

25 On the third day, when they were in pain, two of Jacob’s sons, Simeon and Levi, Dinah’s brothers, each took his sword and came upon the unsuspecting city and killed all the males. 26 They killed Hamor and Shechem, his son with the edge of the sword and took Dinah out of Shechem’s house and left.

30 Jacob said to Simeon and Levi, “You have brought trouble to me, making me a stench among the inhabitants of the land, among the Canaanites and the Perizzites. I am few in number, and they will band together against me and attack me, and I will be destroyed, I and my house.”

31 They said, “Should he treat our sister like a prostitute?”

John is the Messenger

‘I will send my messenger ahead of you,
who will prepare your way before you.’

11 Most certainly I tell you, among those who are born of women, there has not arisen anyone greater than John the Baptist, yet he who is least in the Kingdom of Heaven is greater than he. 12 From the days of John the Baptist until now, the Kingdom of Heaven has been suffering violence, and the violent have been taking it by force. 13 For all the prophets and the law prophesied until John; 14 if you are willing to receive it, he is Elijah, who is to come.

16 “But to what shall I compare this generation? It is like children sitting in the marketplaces, who call to their companions 17 and say,

Woe to the Unrepentant

Rest for those who Labor

25 At that time, Jesus answered, “I thank you, Father, Lord of heaven and earth, that you hid these things from the wise and understanding and revealed them to infants. 26 Yes, Father, for so it was well-pleasing in your sight. 27 All things have been delivered to me by my Father. No one knows the Son, except the Father; nor does anyone know the Father, except the Son, and he to whom the Son desires to reveal him.

28 “Come to me, all you who labor and are heavily burdened, and I will give you rest. 29 Take my yoke upon you and learn from me, for I am gentle and humble in heart, and you will find rest for your souls. 30 For my yoke is easy, and my burden is light.”

1 The fool has said in his heart,
“There is no God.”
They are corrupt. They have done abominable deeds.
There is no one who does good.

2 The Lord looks down from heaven on the children of men,
to see if there are any who understand,
who seek after God.
3 They have all gone astray.
They have together become corrupt.
There is no one who does good, no, not one.

4 Have all the workers of iniquity no knowledge,
who consume my people like they eat bread,
and do not call on the Lord?
5 There they were in great fear,
for God is in the generation of the righteous.
6 You frustrate the plan of the poor,
because the Lord is his refuge.
7 Oh that the salvation of Israel would come out of Zion!
When the Lord restores the fortunes of his people,
then Jacob shall rejoice, and Israel shall be glad. 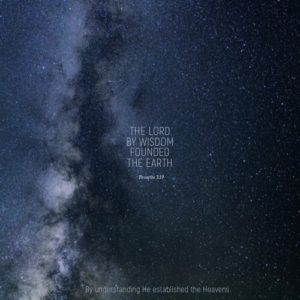 19 By wisdom the Lord founded the earth.
By understanding, he established the heavens.
20 By his knowledge, the depths were broken up,
and the skies drop down the dew.