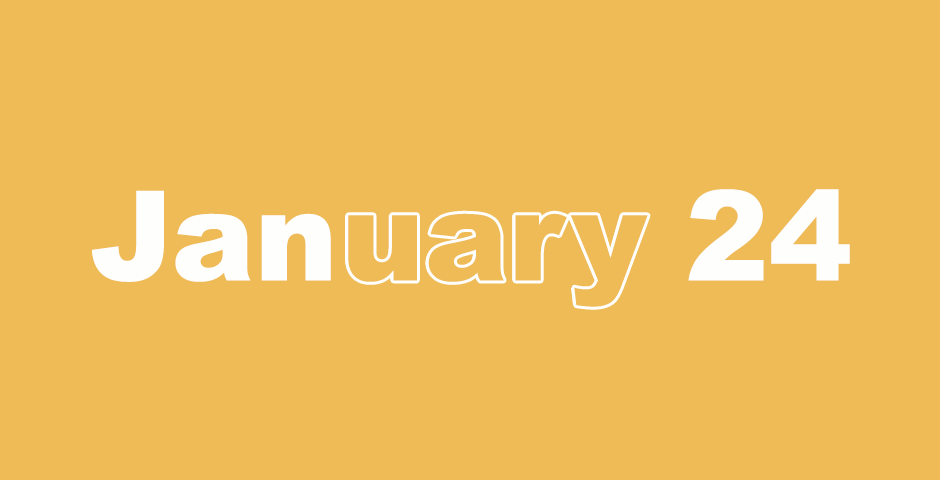 May he grant you your heart’s desire and fulfill all your plans. Psalm 20:4

1 After these things, Joseph was told, “Your father is sick.” He took with him his two sons, Manasseh and Ephraim. 2 Someone told Jacob, “Your son Joseph has come to you,” and Israel strengthened himself and sat on the bed.

3 Jacob said to Joseph, “God Almighty appeared to me at Luz in the land of Canaan and blessed me 4 and said to me, ‘I will make you fruitful and multiply you, and I will make of you a multitude of people and will give this land to your offspring after you as an everlasting possession.’

5 Now your two sons, who were born to you in the land of Egypt before I came to you into Egypt, are mine; Ephraim and Manasseh, just as Reuben and Simeon are mine. 6 Your offspring, whom you become the father of after them, will be yours. They will be named with their brothers in their inheritance.

7 As for me, when I came from Paddan, Rachel died beside me in the land of Canaan on the way, when there was still some distance to come to Ephrath, and I buried her there on the way to Ephrath (also called Bethlehem).”

8 Israel saw Joseph’s sons and said, “Who are these?”

9 Joseph said to his father, “They are my sons, whom God has given me here.”

He said, “Please bring them to me, and I will bless them.”

10 Now the eyes of Israel were weak because of his age, so that he could not see well. Joseph brought them near to him, and he kissed them and embraced them. 11 Israel said to Joseph, “I didn’t think I would see your face, and God has let me see your offspring as well.”

12 Joseph brought them out from between his knees, and he bowed down with his face to the earth. 13 Joseph took them both, Ephraim in his right hand toward Israel’s left hand, and Manasseh in his left hand toward Israel’s right hand and brought them near to him. 14 Israel stretched out his right hand and laid it on Ephraim’s head, who was the younger, and his left hand on Manasseh’s head, guiding his hands knowingly, for Manasseh was the firstborn. 15 He blessed Joseph and said,

17 When Joseph saw that his father laid his right hand on the head of Ephraim, it displeased him. He held up his father’s hand, to move it from Ephraim’s head to Manasseh’s head. 18 Joseph said to his father, “Not so, my father, for this is the firstborn. Put your right hand on his head.”

20 He blessed them that day, saying,

“By you, Israel will pronounce blessings, saying, ‘May God make you like Ephraim and like Manasseh.’ ” He set Ephraim before Manasseh.

21 Israel said to Joseph, “I am dying, but God will be with you and bring you back to the land of your fathers. 22 Moreover I have given to you one portion above your brothers, which I took from the hand of the Amorite with my sword and with my bow.”

1 Jacob called to his sons, and said:

“Gather together,
that I may tell you what will happen to you in the days to come.

2 Assemble and hear, you sons of Jacob.
Listen to Israel, your father.

3 Reuben, you are my firstborn,
my might and the beginning of my strength,
excelling in dignity and excelling in power.
4 Boiling over like water, you shall not excel
because you went up to your father’s bed,
then defiled it. He went up to my couch.

5 Simeon and Levi are brothers.
Their swords are weapons of violence.
6 May I never come into their council.
My glory, do not be united to their assembly,
for in their anger they killed men.
In their self-will they hamstrung cattle.
7 Cursed be their anger, for it was fierce,
and their wrath, for it was cruel.
I will divide them in Jacob,
and scatter them in Israel.

8 Judah, your brothers will praise you.
Your hand will be on the neck of your enemies.
Your father’s sons will bow down before you.
9 Judah is a lion’s cub.
From the prey, my son, you have gone up.
He stooped down, he crouched like a lion,
like a lioness.
Who will rouse him up?
10 The scepter will not depart from Judah,
nor the ruler’s staff from between his feet,
until he comes to whom it belongs.
To him will the obedience of the peoples be.
11 Binding his foal to the vine,
his donkey’s colt to the choice vine;
he has washed his garments in wine,
his robes in the blood of grapes.
12 His eyes will be red with wine,
his teeth white with milk.

13 Zebulun will dwell at the haven of the sea.
He will be a haven for ships.
His border will be on Sidon.

14 Issachar is a strong donkey,
lying down between the saddlebags.
15 He saw a resting place, that it was good,
the land, that it was pleasant.
His shoulders will bow from the burden,
and he will becomes a servant doing forced labor.

16 Dan will judge his people,
like one of the tribes of Israel.
17 Dan will be a serpent on the trail,
an adder in the path,
that bites the horse’s heels,
so that his rider falls backward.
18 I have waited for your salvation, O Lord.

20 Asher’s food will be rich.
He will produce royal dainties.

21 Naphtali is a doe set free,
who bears beautiful fawns.

22 Joseph is a fruitful vine,
a fruitful vine by a spring.
His branches run over the wall.
23 The archers have severely grieved him,
shot at him and persecuted him.
24 But his bow remained strong.
The arms of his hands were made strong,
by the hands of the Mighty One of Jacob,
(from there is the shepherd, the Rock of Israel),
25 by the God of your father, who will help you,
by the Almighty, who will bless you,
with blessings of heaven above,
blessings of the deep that lies below,
blessings of the breasts and of the womb.
26 The blessings of your father have prevailed
above the blessings of your ancestors,
above the boundaries of the ancient hills.
They will be on the head of Joseph,
on the crown of the head of him
who is separated from his brothers.

27 Benjamin is a ravenous wolf.
In the morning he will devour the prey.
At evening he will divide the plunder.”

28 All these are the twelve tribes of Israel, and this is what their father spoke to them, and blessed them. He blessed everyone according to his own blessing.

The Death of Jacob

33 When Jacob finished charging his sons, he gathered up his feet into the bed, breathed his last breath, and was gathered to his people.

The Feeding of the Four Thousand

29 Jesus departed from there and came near to the sea of Galilee, and he went up into the mountain and sat there. 30 Great multitudes came to him, having with them the lame, blind, mute, maimed, and many others; and they put them down at his feet. He healed them, 31 so that the multitude wondered when they saw the mute speaking, the injured healed, the lame walking, and the blind seeing—and they glorified the God of Israel.

32 Jesus summoned his disciples and said, “I have compassion on the multitude, because they have continued with me now for three days and have had nothing to eat. I don’t want to send them away fasting, or they might faint on the way.”

33 The disciples said to him, “Where should we get so many loaves in a deserted place as to satisfy so great a multitude?”

They said, “Seven, and a few small fish.”

35 He commanded the multitude to sit down on the ground, 36 and he took the seven loaves and the fish. He gave thanks and broke them and gave it to the disciples and the disciples to the multitudes. 37 They all ate and were filled. They took up seven baskets full of the broken pieces that were left over. 38 Those who ate were 4,000 men, in addition to women and children.

39 Then he sent away the multitudes, got into the boat, and came into the borders of Magdala.

1 The Pharisees and Sadducees came, and testing him, asked him to show them a sign from heaven. 2 But he answered them, “When it is evening, you say, ‘It will be fair weather, for the sky is red.’ 3 In the morning, ‘It will be foul weather today, for the sky is red and threatening.’ Hypocrites! You know how to discern the appearance of the sky, but you cannot discern the signs of the times! 4 An evil and adulterous generation seeks after a sign, and there will be no sign given to it, except the sign of the prophet Jonah.”

He left them, and departed.

Leaven of the Pharisees and Sadducees

5 The disciples came to the other side and had forgotten to take bread. 6 Jesus said to them, “Take heed and beware of the yeast of the Pharisees and Sadducees.”

7 They reasoned among themselves, saying, “We brought no bread.”

8 Jesus, perceiving it, said, “Why do you reason among yourselves, you of little faith, ‘because you have brought no bread?’

12 Then they understood that he was not telling them to beware of the yeast of bread, but of the teaching of the Pharisees and Sadducees.

The Day of Trouble

1 May the Lord answer you in the day of trouble.
May the name of the God of Jacob set you up on high,
2 send you help from the sanctuary,
grant you support from Zion,
3 remember all your offerings,
and accept your burned sacrifice.

4 May he grant your heart’s desire,
and fulfill all your plans. 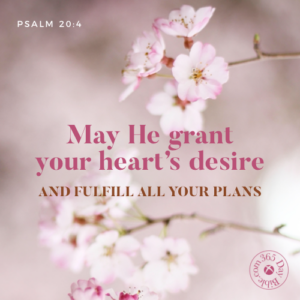 5 We will triumph in your salvation.
In the name of our God, we will set up our banners.
May the Lord grant all your requests.

6 Now I know that the Lord saves his anointed.
He will answer him from his holy heaven,
with the saving strength of his right hand.
7 Some trust in chariots, and some in horses,
but we trust in the name of the Lord our God.
8 They are bowed down and fallen,
but we rise up, and stand upright.
9 Save, Lord!
Let the King answer us when we call!

20 My son, attend to my words.
Turn your ear to my sayings.
21 Let them not depart from your eyes.
Keep them in the center of your heart.
22 For they are life to those who find them,
and health to their whole body.
23 Keep your heart with all diligence,
for out of it is the wellspring of life.
24 Put away from yourself a perverse mouth.
Put corrupt lips far from you.
25 Let your eyes look straight ahead.
Fix your gaze directly before you.
26 Make the path of your feet level.
Let all of your ways be established.
27 Do not turn to the right or to the left.
Remove your foot from evil.