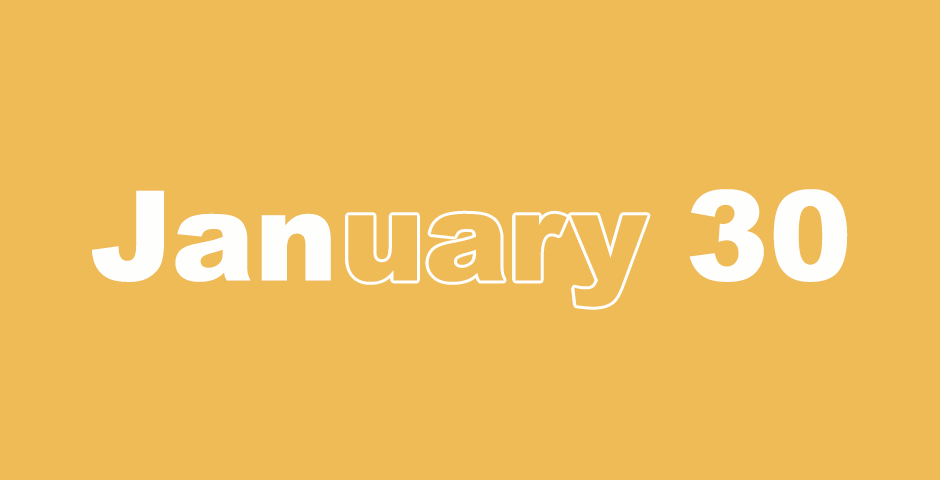 Yes, no one who waits for you will be put to shame.
Those who deal treacherously without cause will be ashamed. Psalm 25:3

3 Moses and Aaron went to Pharaoh and said to him, “This is what the Lord, the The God of the Hebrews, says, ‘How long will you refuse to humble yourself before me? Let my people go, that they may serve me. 4 Or else, if you refuse to let my people go, tomorrow I will bring locusts into your country, 5 and they will cover the surface of the ground, so that you will be unable to see the ground. They will eat the little that remains after the hail and will devour every tree which sprouts in the field. 6 They will fill your houses and the houses of all your servants and the houses of all the Egyptians, as neither your fathers nor your fathers’ fathers have seen, since the day that they were on the earth to this day.’ ” He turned, and went out from Pharaoh.

7 Pharaoh’s servants said to him, “How long will this man be a snare to us? Let the men go, that they may serve the Lord, their God. Do you not know that Egypt is perishing?”

8 Moses and Aaron were brought back to Pharaoh, and he said to them, “Go, serve the Lord your God, but exactly who are the ones who will go with you?”

10 He said to them, “The Lord be with you if I ever let you go with your little ones! Clearly, you plan to do evil. 11 No! Go now, only the men, to serve the Lord, for that is what you desire!” Then they were driven out from Pharaoh’s presence.

13 Moses stretched out his staff over the land of Egypt, and the Lord brought an east wind on the land all that day and all night, and when it was morning, the east wind brought the locusts. 14 The locusts went up over all the land of Egypt and settled in all the borders of Egypt. Never before had there been such a large number of them, and nor will there ever be again.  15 For they covered the surface of the whole earth, so that the land was darkened, and they ate every plant of the land and all the fruit of the trees which the hail had left. There remained nothing green, either tree or herb of the field, through all the land of Egypt.

16 Then Pharaoh urgently called for Moses and Aaron, and he said, “I have sinned against the Lord your God, and against you. 17 Now therefore please forgive my sin again, and pray to the Lord your God, that he may also take away from me this death.”

18 Moses went out from Pharaoh, and prayed to the Lord. 19 The Lord sent a strong, mighty west wind, which took up the locusts and drove them into the Red Sea. There remained not one locust in all the borders of Egypt.

20 But the Lord hardened Pharaoh’s heart, and he did not let the Israelites go.

21 The Lord said to Moses, “Stretch out your hand toward the sky so that there may be darkness over the land of Egypt, a darkness which can even be felt.” 22 Moses stretched out his hand toward the sky, and there was a thick darkness in all the land of Egypt for three days. 23 They could not see one another, and nobody rose from his place for three days, but all the Israelites had light in their homes.

24 Pharaoh called to Moses, and said, “Go, serve the Lord. Only let your flocks and your herds stay behind. Let your little ones also go with you.”

25 Moses said, “You must also give into our hands, sacrifices and burnt offerings, that we may sacrifice to the Lord our God.

26 Our livestock also must go with us. Not a hoof must be left behind. From among them we will choose to sacrifice to the Lord, and we do not know which we will use to serve him until we arrive.”

27 But the Lord hardened Pharaoh’s heart, and he would not let them go.

28 Pharaoh said to him, “Get away from me! Be careful never to see my face again, for on the day you see my face you will die!”

29 Moses said, “As you have spoken, I will not see your face again.”

6 There will be a great cry throughout all the land of Egypt, such as there has not been, nor will ever be again. 7 But against the Israelites not even a dog will bark or growl, either against man or animal, that you may know that the Lord makes a distinction between the Egyptians and Israelites. 8 All these servants of yours will come down to me and bow down to me, saying, “Get out, with all the people who follow you;” and after that I will go out.’ ” He went out from Pharaoh in hot anger.

9 The Lord said to Moses, “Pharaoh will not listen to you, that my wonders may be multiplied in the land of Egypt.”

10 Moses and Aaron did all these wonders before Pharaoh, but the Lord hardened Pharaoh’s heart, and he did not let the Israelites go out of his land.

1 “For the Kingdom of Heaven is like a man who was the master of a household, who went out early in the morning to hire laborers for his vineyard. 2 When he had agreed with the laborers for a denarius a day, he sent them into his vineyard.

3 He went out about the third hour and saw others standing idle in the marketplace. 4 He said to them, ‘You also go into the vineyard, and whatever is right I will give you.’ So they went their way.

5 Again he went out about the sixth and the ninth hour and did likewise.

6 About the eleventh hour he went out and found others standing idle. He said to them, ‘Why are you standing here idle all day?’

“He said to them, ‘You also go into the vineyard, and you will receive whatever is right.’

8 When evening had come, the master of the vineyard said to his manager, ‘Call the laborers and pay them their wages, beginning from the last to the first.’

9 “When those who were hired at about the eleventh hour came, they each received a denarius. 10 When the first came, they supposed that they would receive more, and they likewise each received a denarius. 11 When they received it, they grumbled against the master of the household, 12 saying, ‘These last have spent one hour, and you have made them equal to us, who have borne the burden of the work and the scorching heat!’

13 “But he answered one of them, ‘Friend, I am doing you no wrong. Did you not agree with me on a denarius? 14 Take that which is yours and go your way. It is my desire to give to this last one just as much as to you. 15 Is it not lawful for me to do what I want to with what I own? Or is your eye envious, because I am generous?’

16 So the last will be first and the first last. For many are called, but few are chosen.”

17 As Jesus was going up to Jerusalem, he took the twelve disciples aside, and on the way he said to them, 18 “We are going up to Jerusalem, and the Son of Man will be delivered to the chief priests and scribes, and they will condemn him to death 19 and will hand him over to the Gentiles to mock, to scourge, and to crucify, and the third day he will be raised up.”

20 Then the mother of the sons of Zebedee came to him with her sons, kneeling and asking a certain thing of him. 21 He said to her, “What do you want?”

She said to him, “Command that these, my two sons, may sit, one on your right hand and one on your left hand, in your Kingdom.”

22 But Jesus answered, “You do not know what you are asking. Are you able to drink the cup that I am about to drink, and be baptized with the baptism that I am baptized with?”

23 He said to them, “You will indeed drink of my cup, and be baptized with the baptism that I am baptized with, but to sit on my right hand and on my left hand is not mine to give, but it is for whom it has been prepared by my Father.”

24 When the ten heard it, they were indignant with the two brothers.

25 But Jesus summoned them, and said, “You know that the rulers of the nations lord it over them, and their great ones exercise authority over them. 26 It must not be so among you, but whoever desires to become great among you must be your servant. 27 Whoever desires to be first among you must be your bondservant, 28 just as the Son of Man came, not to be served, but to serve and to give his life as a ransom for many.”

32 Jesus stood still and called to them and asked, “What do you want me to do for you?”

34 Jesus, being moved with compassion, touched their eyes, and immediately their eyes received sight, and they followed him. 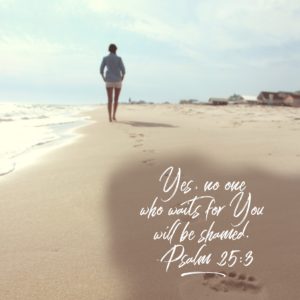 1 To you, Lord, I lift my soul.
2 My Lord, I trust in you.
Let me not be put to shame.
Do not let my enemies triumph over me.
3 Yes, no one who waits for you will be put to shame.
Those who deal treacherously without cause will be ashamed.

4 Show me your ways, Lord.
Teach me your paths.
5 Guide me in your truth, and teach me,
For you are the God of my salvation,
I wait for you all day long.
6 Lord, remember your tender mercies and your loving kindness,
for they are from old times.
7 Do not remember the sins of my youth, nor my transgressions.
Remember me according to your loving kindness,
for your goodness’ sake, Lord.

8 Good and upright is the Lord,
therefore he will instruct sinners in the way.
9 He will guide the humble in justice.
He will teach the humble his way.
10 All the paths of the Lord are loving kindness and truth
to those who keep his covenant and his testimonies.
11 For your name’s sake, Lord,
pardon my iniquity, for it is great.

12 What man is he who fears the Lord?
He must instruct him in the way that he must choose.
13 He will live in ease.
His offspring will inherit the land.
14 The friendship of the Lord is with those who fear him.
He will show them his covenant.

15 My eyes are ever on the Lord,
for he will pluck my feet out of the net.

6 Go to the ant, you sluggard.
Consider her ways, and be wise;
7 which having no chief, overseer, or ruler,
8 provides her bread in the summer,
and gathers her food in the harvest.

9 How long will you sleep, sluggard?
When will you arise from your slumber?
10 A little sleep, a little slumber,
a little folding of the hands to sleep:
11 so your poverty will come as a robber,
and your scarcity as an armed man.