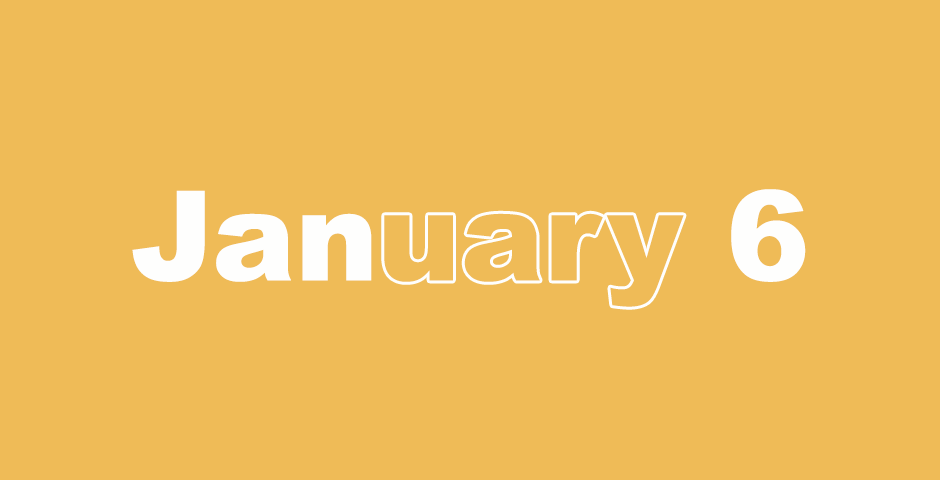 After these things the word of the Lord came to Abram in a vision, saying, “Do not be afraid, Abram. I am your shield, your exceedingly great reward. Genesis 15:1

1 Abram went up out of Egypt—he, his wife, all that he had, and Lot with him—into the South. 2 Abram was very rich in livestock, in silver, and in gold.

3 He journeyed from place to place, from the South as far as Bethel, to the place where he had pitched his tent at the beginning, between Bethel and Ai, 4 to the place of the altar, which he had made there at the first. There Abram called on the name of the Lord.

5 Lot also, who went with Abram, had flocks, herds, and tents. 6 The land was not able to bear them, that they might live together; for their possessions were so great that they could not live together. 7 There was dissension between the herdsmen of Abram’s livestock and the herdsmen of Lot’s livestock. (At that time, the Canaanites and the Perizzites were living in the land.)

Lot Moves to the City of Sodom

10 Lot looked up and saw the whole plain of the Jordan, that it was well-watered everywhere, before the Lord destroyed Sodom and Gomorrah, like the garden of the Lord, like the land of Egypt, as you go to Zoar. 11 So Lot chose the Plain of the Jordan for himself. Lot traveled east, and they separated from one other. 12 Abram lived in the land of Canaan, and Lot lived in the cities of the plain and moved his tent as far as Sodom. 13 Now the men of Sodom were exceedingly wicked and sinners against the Lord.

14 The Lord said to Abram, after Lot was separated from him, “Now, lift your eyes, and look from the place where you are, north and south and east and west, 15 for I will give all the land which you see to you and to your offspring forever. 16 I will make your offspring like the dust of the earth, so that if one could count the dust of the earth, then your offspring could also be counted. 17 Get up and walk through the land in its length and in its width, for I will give it to you.”

18 Abram moved his tent, and came and lived by the oaks of Mamre, which are in Hebron and built an altar there to the Lord.

1 It came to pass, in days of Amraphel king of Shinar, Arioch king of Ellasar, Chedorlaomer king of Elam, and Tidal king of Goiim, 2 that they waged war with Bera king of Sodom, Birsha king of Gomorrah. Shinab king of Admah, Shemeber king of Zeboiim, and the king of Bela (also called Zoar).

3 All these joined together in the valley of Siddim (also called the Salt Sea). 4 They served Chedorlaomer for twelve years, but in the thirteenth year they rebelled.

5 In the fourteenth year Chedorlaomer came, and the kings who were with him, and defeated the Rephaim in Ashteroth Karnaim, the Zuzim in Ham, the Emim in Shaveh Kiriathaim, 6 and the Horites in their Mount Seir, to El Paran, which is by the wilderness. 7 They returned, and came to En Mishpat (also called Kadesh), and conquered the entire country of the Amalekites, and also the Amorites, that lived in Hazazon Tamar.

10 Now the valley of Siddim was full of tar pits, and the kings of Sodom and Gomorrah fled, and some fell there. Those who remained fled to the hills.

11 They took all the goods of Sodom and Gomorrah, and all their food, and went their way. 12 They took Lot, Abram’s brother’s son, who lived in Sodom, and his goods, and departed.

Abram and his Army Rescue Lot

13 Someone who had escaped came and told Abram, the Hebrew. At that time, he lived by the oaks of Mamre, the Amorite, brother of Eshcol and brother of Aner. They were allies of Abram. 14 When Abram heard that his relative was taken captive, he led out his 318 trained men, born in his house, and pursued as far as Dan.

15 He divided his forces, he and his servants, and attacked them by night, pursuing them to Hobah, which is to the left of Damascus. 16 He brought back all the goods, and also brought back his relative Lot and his goods, and the women also, and the other people.

17 The king of Sodom went out to meet him after his return from the slaughter of Chedorlaomer and the kings who were with him, at the valley of Shaveh (that is, the King’s Valley). 18 Melchizedek king of Salem brought out bread and wine. He was priest of God Most High.

Abram gave him a tenth of all of it.

21 The king of Sodom said to Abram, “Give me the people, and take the goods for yourself.”

22 Abram said to the king of Sodom, “I have lifted up my hand to the Lord, God Most High, possessor of heaven and earth, 23 that I will not take a thread nor a sandal strap nor anything that is yours, lest you should say, ‘I have made Abram rich.’ 24 I will accept nothing from you except that which the young men have eaten, and the portion of the men who went with me: Aner, Eshcol, and Mamre. Let them take their portion.” 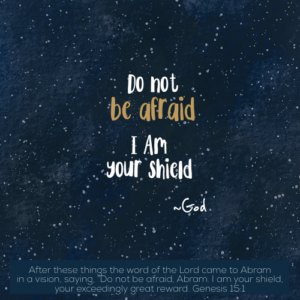 1 After these things the word of the Lord came to Abram in a vision, saying, “Do not be afraid, Abram. I am your shield, your exceedingly great reward.”

2 Abram said, “Lord God, what will you give me, since I go childless, and he who will inherit my estate is Eliezer of Damascus?” 3 Abram said, “You have given no children to me. One born in my house is my heir.”

4 The word of the Lord came to him, saying, “This man will not be your heir, but one who will come from your own body will be your heir.” 5 The Lord brought him outside, and said, “Look now toward the sky and count the stars, if you are able to count them.” He said to Abram, “So your offspring will be.” 6 He believed in the Lord, who credited it to him as righteousness. 7 He said to Abram, “I am the Lord who brought you out of Ur of the Chaldees, to give you this land to inherit it.”

The Future of Abram’s Descendants

9 He said to him, “Bring me a heifer three years old, a female goat three years old, a ram three years old, a turtledove, and a young pigeon.” 10 He brought him all these, and divided them in the middle, and laid each half opposite the other, but he did not divide the birds. 11 The birds of prey came down on the carcasses, and Abram drove them away.

12 When the sun was going down, a deep sleep fell on Abram. Now terror and great darkness fell on him. 13 He said to Abram, “Know for sure that your offspring will live as foreigners in a land that is not theirs, and will serve them. They will afflict them for 400 years. 14 I will also judge that nation, whom they will serve. Afterward they will come out with great wealth, 15 but you will go to your fathers in peace. You will be buried at a good old age. 16 In the fourth generation they will come here again, for the sins of the Amorites has not yet reached its limit.”

17 It came to pass that, when the sun went down, and it was dark, a smoking furnace and a flaming torch passed between these pieces. 18 On that day the Lord made a covenant with Abram, saying, “I have given this land to your offspring, from the river of Egypt to the great river, the river Euphrates: 19 the land of the Kenites, the Kenizzites, the Kadmonites, 20 the Hittites, the Perizzites, the Rephaim, 21 the Amorites, the Canaanites, the Girgashites, and the Jebusites.”

33 “Again you have heard that it was said to the ancient ones, ‘You shall not make false vows, but shall honor your vows to the Lord,’ 34 but I tell you, do not swear at all: neither by heaven, for it is the throne of God; 35 nor by the earth, for it is the footstool of his feet; nor by Jerusalem, for it is the city of the great King. 36 Neither shall you swear by your head, for you cannot make one hair white or black. 37 But let your ‘Yes’ be ‘Yes’ and your ‘No’ be ‘No.’ Anything more than this is of the evil one.

38 “You have heard that it was said, ‘An eye for an eye and a tooth for a tooth.’ 39 But I tell you, do not resist one who is evil, but whoever strikes you on your right cheek, turn to him the other also. 40 If anyone sues you for your coat, let him have your cloak also. 41 Whoever compels you to go one mile, go with him two. 42 Give to him who asks you and do not refuse one who wants to borrow from you.

43 “You have heard that it was said, ‘You shall love your neighbor and hate your enemy.’ 44 But I tell you, love your enemies, bless those who curse you, do good to those who hate you, and pray for those who mistreat you and persecute you, 45 that you may be children of your Father who is in heaven. For he makes his sun to rise on the evil and the good, and sends rain on the just and the unjust.

48 Therefore be perfect, just as your Father in heaven is perfect.

Do Not Rebuke Me in Your Anger

3 My soul is also in great anguish.
But you, Lord—how long?
4 Turn, Lord. Deliver my soul,
and save me for the sake of your loving kindness.
5 For in the domain of the dead,
there is no memory of you.
In Sheol, who shall give you thanks?

27 When calamity overtakes you like a storm,
when your disaster comes on like a whirlwind,
when distress and anguish come on you,
28 then will they call on me, but I will not answer.
They will seek me diligently, but they will not find me,
29 because they hated knowledge,
and did not choose the fear of the Lord.
30 They wanted none of my counsel.
They despised all my reproof.
31 Therefore they will eat of the fruit of their own way,
and be filled with their own schemes.
32 For the backsliding of the simple will kill them.
The careless ease of fools will destroy them.
33 But whoever listens to me will dwell securely,
and will be at ease, without fear of harm.”