Hallelujah! Praise God in his sanctuary!
Praise him in his heavens for his acts of power! Psalm 150:1

1 In those days Hezekiah was sick and dying. Isaiah the prophet the son of Amoz came to him, and said to him, “The Lord says, ‘Set your house in order; for you will die, and not live.’ ”

2 Then he turned his face to the wall, and prayed to the Lord, saying, 3 “Remember now, O Lord, I beg you, how I have walked before you in truth and with a perfect heart, and have done that which is good in your sight.” And Hezekiah wept bitterly.

4 Before Isaiah had gone out into the midst of the city, the word of the Lord came to him, saying, 5 “Turn back, and tell Hezekiah the prince of my people, ‘The Lord, the God of David your father, says, “I have heard your prayer. I have seen your tears.  I will heal you. On the third day, you will go up to the house of the Lord. 6 I will add to your days fifteen years. I will deliver you and this city out of the hand of the king of Assyria. I will defend this city for my own sake, and for my servant David’s sake.” ’ ”

7 Isaiah said, “Take a cake of figs.”
They took and laid it on the boil, and he recovered. 8 Hezekiah said to Isaiah, “What will be the sign that the Lord will heal me and that I will go up to the house of the Lord the third day?”

9 Isaiah said, “This will be the sign to you from the Lord, that the Lord will do that which he has spoken: Should the shadow go forward ten steps or go back ten steps?”

11 Isaiah the prophet cried to the Lord; and he brought the shadow ten steps backward, by which it had gone down on the sundial of Ahaz.

12 At that time Berodach Baladan the son of Baladan, king of Babylon, sent letters and a present to Hezekiah; for he had heard that Hezekiah had been sick. 13 Hezekiah listened to them, and showed them all the storehouse of his precious things, the silver, the gold, the spices, and the precious oil, and the house of his armor, and all that was found in his treasures. There was nothing in his house, or in all his dominion, that Hezekiah did not show them.

14 Then Isaiah the prophet came to king Hezekiah, and said to him, “What did these men say? From where did they come to you?”
Hezekiah said, “They have come from a far country, from Babylon.”

15 He said, “What have they seen in your house?”
Hezekiah answered, “They have seen all that is in my house. There is nothing among my treasures that I have not shown them.”

16 Isaiah said to Hezekiah, “Hear the word of the Lord: 17 ‘The day is coming when all that is in your house, and that which your fathers have laid up in store for this day, will be carried to Babylon. Nothing will be left,’ says the Lord. 18 ‘They will take some of your sons who will come from your own seed, whom you will father; and they will be eunuchs in the palace of the king of Babylon.’ ”

19 Then Hezekiah said to Isaiah, “The word of the Lord which you have spoken is good.” He said moreover, “Isn’t it so, if peace and truth will be in my days?”

20 Now the rest of the acts of Hezekiah, and all his might, and how he made the pool, and the conduit, and brought water into the city, are they not written in the book of the chronicles of the kings of Judah? 21 Hezekiah rested with his fathers, and Manasseh his son reigned in his place.

1 Manasseh was twelve years old when he began to reign, and he reigned 55 years in Jerusalem. His mother’s name was Hephzibah. 2 He did that which was evil in the sight of the Lord, after the abominations of the nations whom the Lord cast out before the Israelites.3 For he rebuilt the high places which Hezekiah his father had destroyed, and he raised up altars for Baal, and made an Asherah, as Ahab king of Israel did, and worshiped all the host of the heavens, and served them.

7 He set the engraved image of Asherah that he had made in the house of which the Lord said to David and to Solomon his son, “In this house, and in Jerusalem, which I have chosen out of all the tribes of Israel, I will put my name forever. 8 I will not cause the feet of Israel to wander any more out of the land which I gave their fathers, if only they will be careful to do according to all that I have commanded them, and according to all the law that my servant Moses commanded them.”

9 But they did not listen, and Manasseh seduced them to do that which is evil more than the nations did whom the Lord destroyed before the Israelites.

10 The Lord spoke by his servants the prophets, saying, 11 “Because Manasseh king of Judah has done these abominations, and has done wickedly above all that the Amorites did, who were before him, and has also caused Judah to sin with his idols; 12 therefore the Lord the God of Israel says, ‘I will bring such disaster on Jerusalem and Judah that whoever hears of it, both his ears will tingle. 13 I will stretch over Jerusalem the line of Samaria, and the plummet of Ahab’s house; and I will wipe Jerusalem as a man wipes a dish, wiping it and turning it upside down. 14 I will cast off the remnant of my inheritance, and deliver them into the hands of their enemies. They will become prey and plunder to all their enemies, 15 because they have done that which is evil in my sight, and have provoked me to anger, since the day their fathers came out of Egypt, to this day.’ ”

16 Moreover Manasseh shed so much innocent blood that it filled Jerusalem from one end to another, in addition to his own sin which caused Judah to sin, in doing that which was evil in the sight of the Lord.

17 Now the rest of the acts of Manasseh, and all that he did, and his sin that he committed, are they not written in the book of the chronicles of the kings of Judah? 18 Manasseh rested with his fathers and was buried in the garden of his own house, in the garden of Uzza, and Amon his son reigned in his place.

19 Amon was 22 years old when he began to reign; and he reigned two years in Jerusalem. His mother’s name was Meshullemeth the daughter of Haruz of Jotbah. 20 He did that which was evil in the sight of the Lord, as Manasseh his father had done. 21 He walked in all the ways that his father walked. He served the idols that his father served and worshiped them, 22 and he abandoned the Lord, the God of his fathers, and did not walk in the way of the Lord.

25 Now the rest of the acts of Amon which he did, are they not written in the book of the chronicles of the kings of Judah? 26 He was buried in his tomb in the garden of Uzza, and Josiah his son reigned in his place.

17 When we had come to Jerusalem, the brothers received us gladly. 18 The day following, Paul went in with us to James and all the elders were present. 19 When he had greeted them, he reported, one by one, the things which God had done among the Gentiles through his ministry.

20 When they heard it, they glorified God. They said to him, “You see, brother, how many thousands there are among the Jews of those who have believed, and they are all zealous for the law. 21 They have been informed about you, that you teach all the Jews who are among the Gentiles to forsake Moses, telling them not to circumcise their children and not to walk after the customs. 22 What then? The assembly must certainly meet, for they will hear that you have come.

23 Therefore do what we tell you. We have four men who have taken a vow. 24 Take them and purify yourself with them and pay their expenses for them, that they may shave their heads. Then all will know that there is no truth in the things that they have been informed about you, but that you yourself also walk keeping the law.

25 But concerning the Gentiles who believe, we have written our decision that they should observe no such thing, except that they should keep themselves from food offered to idols, from blood, or the meat of strangled things, and from sexual immorality.”

26 Then Paul took the men, and the next day purified himself and went with them into the temple, declaring the fulfillment of the days of purification, until the offering was made for every one of them.

Paul Seized in the Temple

27 When the seven days were almost completed, the Jews from Asia, when they saw him in the temple, stirred up all the multitude and laid hands on him, 28 crying out, “Men of Israel, help! This is the man who teaches all men everywhere against our people, our law, and this place. Moreover, he also brought Greeks into the temple, and has defiled this holy place!” 29 For they had seen Trophimus, the Ephesian, with him in the city, and they supposed that Paul had brought him into the temple.

30 All of the city was moved and the people ran together. They seized Paul and dragged him out of the temple. Immediately the doors were shut. 31 As they were trying to kill him, news came up to the commanding officer of the regiment that all Jerusalem was in an uproar. 32 Immediately the commander took soldiers and centurions and ran down to them. When the people saw the chief captain and the soldiers, they stopped beating Paul. 33 Then the commanding officer came near, arrested him, commanded him to be bound with two chains, and inquired as to who he was and what he had done. 34 Some shouted one thing, and some another, among the crowd. When he could not find out the truth because of the noise, he commanded him to be brought into the barracks.

35 When he came to the stairs, he was carried by the soldiers because of the violence of the crowd; 36 for the multitude of the people followed after, crying out, “Away with him!”

Paul Speaks to the People

37 As Paul was about to be brought into the barracks, he asked the commanding officer, “May I speak to you?” The officer said, “Do you know Greek? 38 Aren’t you the Egyptian, who some time ago started a rebellion and led the 4,000 Assassins out into the wilderness?”

39 But Paul answered, “I am a Jew, from Tarsus in Cilicia, a citizen of no insignificant city. I beg you, allow me to speak to the people.”

40 When he had given him permission, Paul, standing on the stairs, beckoned with his hand to the people. When there was a great silence, he spoke to them in the Hebrew language. 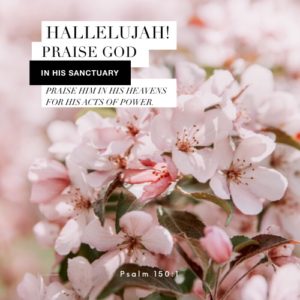 9 One who is slack in his work
is brother to him who is a master of destruction.
10 The name of the Lord is a strong tower:
the righteous run to him, and are safe.