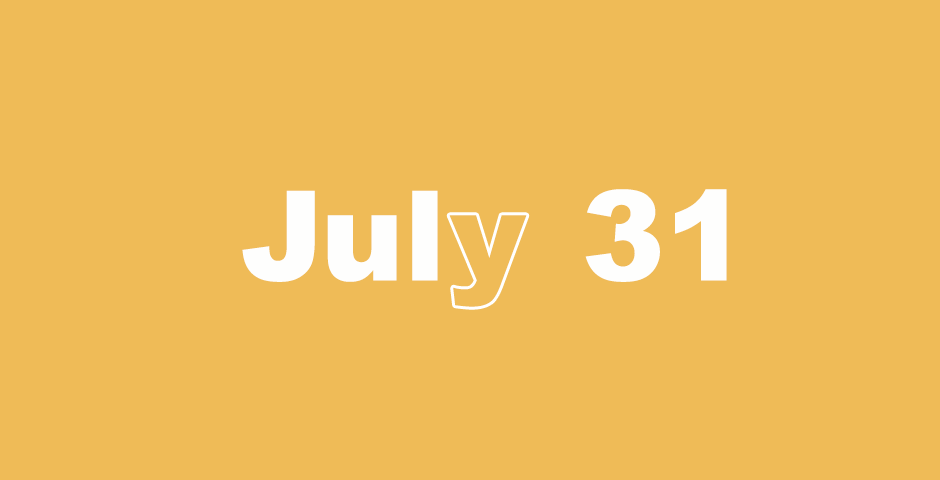 So then, let us pursue things that lead to peace and things by which we may build one another up. Romans 14:19

1 Hezekiah began to reign when he was 25 years old, and he reigned 29 years in Jerusalem. His mother’s name was Abijah, the daughter of Zechariah. 2 He did that which was right in the eyes of the Lord, according to all that David his father had done.

3 In the first year of his reign, in the first month, he opened the doors of the house of the Lord and repaired them. 4 He brought in the priests and the Levites and gathered them together into the wide place on the east. 5 He said to them, “Listen to me, you Levites! Now sanctify yourselves and sanctify the house of the Lord, the God of your fathers, and remove the filth from the holy place. 6 For our fathers were unfaithful and have done that which was evil in the sight of the Lord, and have forsaken him, and have turned away their faces from the dwelling place of the Lord, and turned their backs on Him. 7 Also they have shut up the doors of the porch, and put out the lamps, and have not burned incense nor offered burnt offerings in the holy place to the God of Israel.

8 Therefore the wrath of the Lord fell on Judah and Jerusalem, and he made them an object of terror, horror and ridicule, to be jeered at, as you see with your own eyes. 9 For our fathers have fallen by the sword, and our sons and our daughters and our wives are in captivity for this. 10 Now it is in my heart to make a covenant with the Lord, the God of Israel, that his fierce anger may turn away from us. 11 My sons, do not be negligent now, for the Lord has chosen you to stand before him, to minister to him, and that you should be his ministers and burn incense.”

12 Then the Levites arose:

15 They gathered their brothers, sanctified themselves, and went in according to the commandment of the king by the words of the Lord, to cleanse the house of the Lord.

18 Then they went in to Hezekiah the king within the palace, and said, “We have cleansed the entire house of the Lord, including the altar of burnt offering with all its vessels, and the table of show bread with all its vessels. 19 Moreover have we prepared and sanctified all the vessels which king Ahaz threw away in his reign when he was unfaithful. They are before the altar of the Lord.”

20 Then Hezekiah the king arose early, gathered the leaders of the city, and went up to the house of the Lord.

25 He set the Levites in the house of the Lord with cymbals, with stringed instruments, and with harps, according to the commandment of David, of Gad the king’s seer, and Nathan the prophet; for the commandment was from the Lord through his prophets. 26 The Levites stood with David’s instruments, and the priests with the trumpets. 27 Hezekiah commanded them to offer the burnt offering on the altar. When the burnt offering began, the Lord’s song also began, along with the trumpets and David king of Israel’s instruments. 28 The whole the assembly worshiped, the singers sang, and the trumpeters sounded. All this continued until the burnt offering was finished.

29 When they had finished offering, the king and all who were present with him bowed down and worshiped. 30 Moreover Hezekiah the king and the officials commanded the Levites to sing praises to the Lord with the words of David, and of Asaph the seer. They sang praises with gladness, and they bowed their heads and worshiped.

34 But the priests were too few so that they could not skin all the burnt offerings. Therefore their brothers the Levites helped them until the work was ended and until the priests had sanctified themselves, for the Levites were more upright in heart to sanctify themselves than the priests. 35 Also the burnt offerings were in abundance, with the fat of the peace offerings, and with the drink offerings for every burnt offering. So the service of the house of the Lord was set in order. 36 Hezekiah and all the people rejoiced because of that which the Lord had prepared for the people, for this happened suddenly.

Do Not Judge Your Brother

1 Now accept the one who is weak in faith, and do not dispute over opinions. 2 One man has faith to eat all things, but he who is weak eats only vegetables. 3 Do not let him who eats despise him who does not eat. Do not let him who does not eat judge him who eats, for God has accepted him. 4 Who are you who judge another’s servant? To his own lord he stands or falls. Yes, he will be made to stand, for God has power to make him stand.

5 One man esteems one day as more important. Another esteems every day alike. Let each man be fully assured in his own mind. 6 He who observes the day, observes it to the Lord. and he who does not observe the day, to the Lord he does not observe it. He who eats, eats for the Lord, for he gives God thanks. He who does not eat, to the Lord he does not eat, and gives thanks to God. 7 For none of us lives to himself, and none dies to himself. 8 For if we live, we live to the Lord. Or if we die, we die to the Lord. If therefore we live or die, we are the Lord’s. 9 For to this end Christ died, rose, and lived again, that he might be Lord of both the dead and the living.

12 So then each one of us will give account of himself to God.

Do Not Cause Your Brother to Stumble 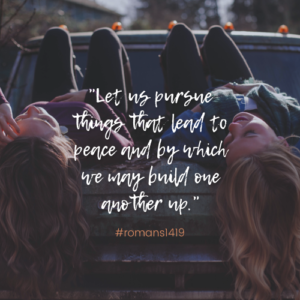 13 Therefore let us not judge one another any more, but judge this rather, that no man put a stumbling block in his brother’s way or an occasion for falling. 14 I know, and am persuaded in the Lord Jesus, that nothing is unclean of itself, except that to him who considers anything to be unclean, to him it is unclean. 15 Yet if your brother is grieved because of your food, you are no longer walking in love. Do not destroy with your food the one for whom Christ died. 16 Then do not let your good be slandered, 17 for the Kingdom of God is not eating and drinking, but righteousness, peace, and joy in the Holy Spirit.

18 For he who serves Christ in these things is acceptable to God and approved by men. 19 So then, let us pursue things that lead to peace and things by which we may build one another up. 20 Do not overthrow the word of God over food. All things indeed are clean, however it is evil for that man who creates a stumbling block by eating. 21 It is good to refrain from eating meat, drinking wine, or doing anything by which your brother may stumble, be offended, or made weak.

22 Do you have faith? Have it to yourself before God. Happy is he who does not judge himself in that which he approves. 23 But he who doubts is condemned if he eats because it is not of faith, and whatever is not of faith is sin.

24 Now to him who is able to establish you according to my Good News and the preaching of Jesus Christ, according to the revelation of the mystery which has been kept secret through long ages, 25 but now is revealed, and by the Scriptures of the prophets, according to the commandment of the eternal God, is made known for obedience of faith to all the nations; 26 to the only wise God, through Jesus Christ, to whom be the glory forever! Amen.

1 The earth, and everything in it, is the Lord’s;
the world, and those who dwell in it.
2 For he has founded it on the seas,
and established it on the floods.

3 Who may ascend to the mountain of the Lord?
Who may stand in his holy place?
4 He who has clean hands and a pure heart;
who has not lifted up his soul to falsehood,
and has not sworn deceitfully.
5 He shall receive a blessing from the Lord,
righteousness from the God of his salvation.
6 This is the generation of those who seek Him,
who seek your face—Jacob.

12 The hearing ear, and the seeing eye,
The Lord has made both of them.