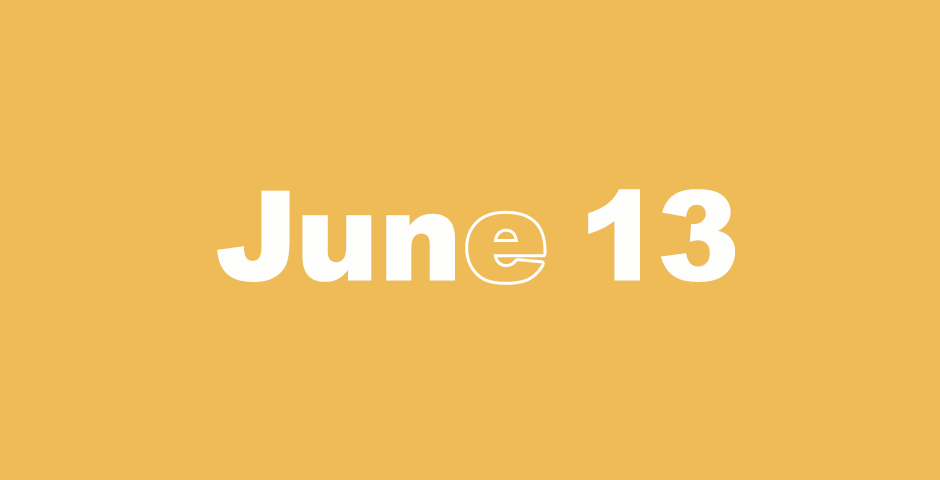 1 Now king Solomon loved many foreign women, together with the daughter of Pharaoh, women of the Moabites, Ammonites, Edomites, Sidonians, and Hittites, 2 of the nations concerning which the Lord said to the Israelites, “You shall not go among them, neither shall they come among you; for surely they will turn away your heart after their gods.” Solomon joined to these in love.

3 He had 700 wives who were princesses, and 300 concubines. His wives turned his heart away. 4 When Solomon was old, his wives turned away his heart after other gods; and his heart was not perfect with the Lord his God, as the heart of David his father was. 5 For Solomon went after Ashtoreth the goddess of the Sidonians, and after Milcom the abomination of the Ammonites.

6 Solomon did that which was evil in the sight of the Lord, and did not go fully after the Lord, as David his father did. 7 Then Solomon built a high place for Chemosh the abomination of Moab, on the mountain that is before Jerusalem, and for Molech the abomination of the Ammonites. 8 So he did for all his foreign wives who burned incense and sacrificed to their gods.

The Lord’s Anger against Solomon

9 The Lord was angry with Solomon, because his heart was turned away from the Lord, the God of Israel, who had appeared to him twice, 10 and had commanded him concerning this thing, that he should not go after other gods; but he did not keep that which the Lord commanded. 11 Therefore the Lord said to Solomon,

“Because you have done this, and you have not kept my covenant and my statutes, which I have commanded you, I will surely tear the kingdom from you, and will give it to your servant. 12 Nevertheless, I will not do it in your days, for David your father’s sake, but I will tear it out of your son’s hand. 13 However I will not tear away the entire kingdom, but I will give one tribe to your son, for the sake of my servant David, and for Jerusalem’s sake which I have chosen.”

14 The Lord raised up an adversary to Solomon: Hadad the Edomite. He was one of the king’s offspring in Edom. 15 For when David was in Edom, and Joab the captain of the army had gone up to bury the slain, and had struck every male in Edom 16 (for Joab and all Israel remained there six months, until he had cut off every male in Edom); 17 Hadad fled, he and certain Edomites of his father’s servants with him, to go into Egypt. Hadad was still a little child at the time.

18 They arose out of Midian, and came to Paran, and they took men with them out of Paran, and they came to Egypt, to Pharaoh king of Egypt, who gave him a house, and appointed him food, and gave him land. 19 Hadad found such great favor in the sight of Pharaoh that he gave to him in marriage, his own wife’s sister, the sister of Tahpenes the queen. 20 The sister of Tahpenes bore him Genubath his son, whom Tahpenes weaned in Pharaoh’s house, and Genubath was in Pharaoh’s house among the sons of Pharaoh. 21 When Hadad heard in Egypt that David rested with his fathers, and that Joab the captain of the army was dead, Hadad said to Pharaoh, “Let me depart that I may go to my own country.”

22 Then Pharaoh said to him, “But what have you lacked with me, that now, you seek to go to your own country?”
He answered, “Nothing, however only let me depart.”

23 The Lord raised up against Solomon, an adversary, Rezon the son of Eliada, who had fled from his lord Hadadezer king of Zobah. 24 He gathered men to himself, and became captain over a troop, when David killed the Zobaites. They went to Damascus and lived there, and Rezon reigned in Damascus. 25 He was an adversary to Israel all the days of Solomon, in addition to the mischief of Hadad. He abhorred Israel, and reigned over Syria.

26 Jeroboam the son of Nebat, an Ephraimite of Zeredah, a servant of Solomon, whose mother’s name was Zeruah, a widow, also lifted up his hand against the king. 27 This was the reason he rebelled against the king: Solomon had built Millo and repaired the gap in the wall of the city of David, his father. 28 The man Jeroboam was a mighty man of valor, and Solomon saw the young man that he was industrious, and he put him in charge of all the labor of the house of Joseph.

29 At that time, when Jeroboam went out of Jerusalem, the prophet Ahijah the Shilonite found him on the way. Now Ahijah had clad himself with a new garment, and the two of them were alone in the field. 30 Ahijah took the new garment that was on him and tore it in twelve pieces. 31 He said to Jeroboam, “Take ten pieces, for the Lord, the God of Israel, says, ‘I will tear the kingdom out of the hand of Solomon, and will give ten tribes to you 32 (but he shall have one tribe, for my servant David’s sake and for Jerusalem’s sake, the city which I have chosen out of all the tribes of Israel); 33 because they have forsaken me and have worshiped Ashtoreth the goddess of the Sidonians, Chemosh the god of Moab, and Milcom the god of the children of Ammon. They have not walked in my ways, to do that which is right in my eyes, and to keep my statutes and my ordinances, as David his father did.

34 “ ‘However I will not take the whole kingdom out of his hand; but I will make him prince all the days of his life, for the sake of David my servant whom I chose, who kept my commandments and my statutes; 35 but I will take the kingdom out of his son’s hand, and will give it to you, ten tribes. 36 I will give one tribe to his son, that David my servant may have a lamp always before me in Jerusalem, the city which I have chosen for myself to put my name there. 37 I will take you, and you shall reign according to all that your heart desires, and shall be king over Israel. 38 It shall be, if you will listen to all that I command you, and will walk in my ways, and do that which is right in my eyes, to keep my statutes and my commandments, as David my servant did; that I will be with you, and will build you an enduring dynasty, as I built for David, and will give Israel to you. 39 I will afflict the offspring of David for this, but not forever.’ ”

40 Therefore Solomon sought to kill Jeroboam; but Jeroboam arose, and fled into Egypt, to Shishak king of Egypt, and was in Egypt until the death of Solomon.

The Death of Solomon

1 But Saul, still breathing threats and slaughter against the disciples of the Lord, went to the high priest 2 and asked for letters from him to the synagogues of Damascus, that if he found any who were of the Way, whether men or women, he might bring them bound to Jerusalem. 3 As he traveled, he got close to Damascus, and suddenly a light from the sky shone around him. 4 He fell on the earth, and heard a voice saying to him, “Saul, Saul, why do you persecute me?”

5 He said, “Who are you, Lord?”
The Lord said, “I am Jesus, whom you are persecuting. 6  Rise up and enter into the city, and then you will be told what you must do.”

7 The men who traveled with him stood speechless, hearing the sound, but seeing no one. 8 Saul arose from the ground, and when his eyes were opened, he saw no one. They led him by the hand and brought him into Damascus. 9 He was without sight for three days and neither ate nor drank.

10 Now there was a certain disciple at Damascus named Ananias. The Lord said to him in a vision, “Ananias!”
He said, “Here I am, Lord.”

11 The Lord said to him, “Get up and go to the street which is called Straight and inquire in the house of Judah for one named Saul, a man of Tarsus, for he is praying, 12 and in a vision he has seen a man named Ananias coming in and laying his hands on him, that he might receive his sight.”

13 But Ananias answered, “Lord, I have heard from many people about this man, how much harm he did to your saints at Jerusalem. 14 Here he has authority from the chief priests to arrest all who call on your name.”

15 But the Lord said to him, “Go your way, for he is my chosen vessel to bear my name before the nations and kings, and the Israelites, 16  for I will show him how many things he must suffer for my name’s sake.”

17 Ananias departed and entered into the house. Laying his hands on him, he said, “Brother Saul, the Lord, who appeared to you on the road by which you came, has sent me that you may receive your sight and be filled with the Holy Spirit.” 18 Immediately something like scales fell from his eyes, and he received his sight. He arose and was baptized. 19 He took food and was strengthened. Saul stayed several days with the disciples who were at Damascus.

20 Immediately in the synagogues he proclaimed the Messiah, that he is the Son of God. 21 All who heard him were amazed, and said, “Isn’t this the one who caused havoc in Jerusalem of those who called on this name? And he had come here intending to bring them bound before the chief priests!”

22 But Saul increased more in strength, and confounded the Jews who lived at Damascus, proving that this is the Messiah.

23 When many days had passed, the Jews conspired together to kill him, 24 but their plot became known to Saul. They watched the gates both day and night that they might kill him, 25 but his disciples took him by night and let him down through the wall, lowering him in a basket. 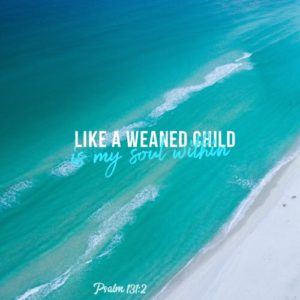 1 Lord, my heart is not arrogant, nor my eyes lofty,
nor do I concern myself with great matters,
or things too wonderful for me.
2 Surely I have stilled and quieted my soul,
like a weaned child with his mother,
like a weaned child is my soul within me.
3 Israel, hope in the Lord,
from this time forward and forever more.

4 An evildoer heeds wicked lips.
A liar gives ear to a mischievous tongue.
5 Whoever mocks the poor reproaches his Maker.
He who is glad at calamity shall not be unpunished.