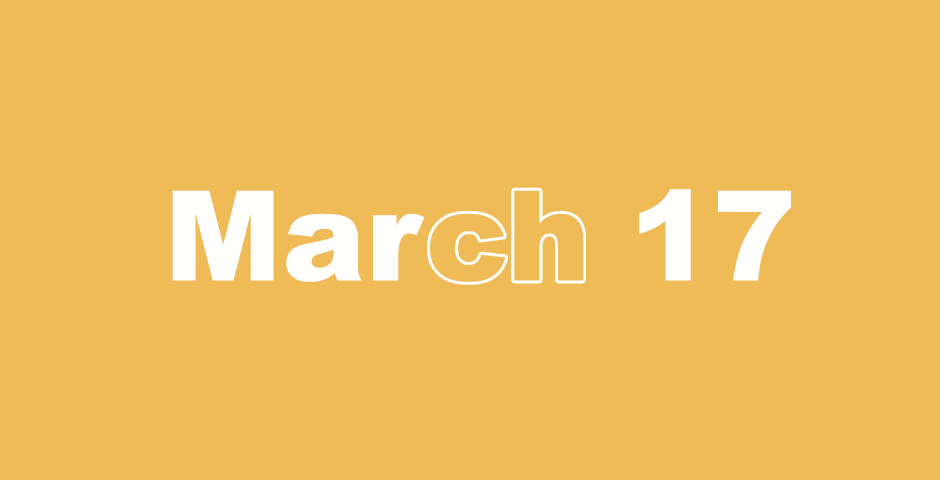 You have given a banner to those who fear you, that it may be displayed because of the truth. Psalm 60:4

The Second Census of Israel

1 After the plague, the Lord spoke to Moses and Eleazar, son of Aaron the priest, saying, 2 “Take a census of the entire Israelite community, by their family name, from twenty years old and up, who are able to serve in the military.”

3 Moses and Eleazar the priest spoke with them on the plains of Moab by the Jordan at Jericho and said,4 “The Lord has commanded Moses and the Israelites to take a census of the people, from twenty years old and up, who came out from the land of Egypt.”

These are the people who came out of the land of Egypt:

The Tribe of Reuben

5 Reuben was the firstborn of Israel. The descendants of Reuben were:

Hanoch and the Hanochite family;

Pallu and the Palluite family;

6 Hezron and the Hezronite family;

Carmi and the Carmite family.

7 These are the families of the Reubenites which totaled 43,730 people.

It was Dathan and Abiram representatives chosen from the community, who contended against Moses and Aaron. They were followers of Korah who fought against the Lord. 10 The earth opened its mouth and swallowed them up together with Korah and his followers who died when the fire devoured 250 men. They serve as a warning to others. 11 Nevertheless, the Korah family did not die out.

The Tribe of Simeon

12 The descendants of Simeon by family:

Nemuel and the Nemuelite family; J

ami and the Jaminite family;

Jachin and the Jachinite family;

13 Zerah and the Zerahite family;

Shaul and the Shaulite family.

The Tribe of Gad

15 The descendants of Gad by family:

Zephon and the Zephonite family;

Haggi and the Haggite family;

Shuni and the Shunite family;

Eri and the Erite family;

17 Arod and the Arodite family;

Areli and the Arelite family.

The Tribe of Judah

Shelah and the Shelanite family;

Perez and the Perezite family;

Zerah and the Zerahite family.

21 The descendants of Perez were:

Hezron and the Hezronite family;

Hamul and the Hamulite family.

The Tribe of Issachar

23 The descendants of Issachar by family:

Tola and the Tolaite family;

Puvah and the Punite family;

24 Jashub and the Jashubite family;

Shimron and the Shimronite family.

The Tribe of Zebulun

26 The descendants of Zebulun by family:

Sered and the Seredite family;

Elon and the Elonite family;

Jahleel and the Jahleelite family.

27 These are the families of Zebulunites, of which 60,500 were counted.

The Tribe of Manasseh

28 The descendants of Joseph by family: Manasseh and Ephraim.

29 The descendants of Manasseh:

Machi and the Machirite family;

and Machir became the father of Gilead;

Gilead and the Gileadite family.

30 These are the descendants of Gilead:

Iezer and the Iezerite family;

Helek and the Helekite family;

31 and Asriel, and the Asrielite family;

and Shechem, and the Shechemite family;

and Hepher and the Hepherite  family.

33 Zelophehad the son of Hepher had no sons, only daughters. The names of Zelophehad’s daughters were Mahlah, Noah, Hoglah, Milcah, and Tirzah.

The Tribe of Ephraim

35 These are the descendants of Ephraim by their families:

Shuthelah and the Shuthelahite family;

Becher and the Becherite family;

Tahan and the Tahanite family.

36 These are the sons of Shuthelah: Eran and the Eranite family.

37 These are the families of Ephraim, of which 32,500 were counted. These are Joseph’s descendants by family.

The Tribe of Benjamin

38 The descendants of Benjamin by family:

Bela and Belaite the family;

Ashbel and the Ashbelite family;

Ahiram and the Ahiramite family;

40 These were the descendants of Bela through Ard and Naaman: Ard and the Ardite family; and Naaman and the Naamite family.

The Tribe of Dan

42 These are the descendants of Dan by family:

Shuham and the Shuhamite family.

This was the family of Dan.  43 All of them were from the Shuhamite family, of which 64,400 were counted.

The Tribe of Asher

44 The descendants of Asher by family:

Imnah and the Imnite family;

Ishvi and the Ishvites family;

Beriah and the Berite family.

Heber and the Heberite family;

Malchiel and the Malchielite family.

46 The daughter of Asher was named Sarah.

The Tribe of Naphtali

48 The descendants of Naphtali by family:

Jahzeel and the Jahzeelite family;

Guni and the Gunite family;

49 Jezer and the Jezerite family;

Shillem and the Shillemites family.

50 These are the families of Naphtali by family, of which 45,400 were counted.

57 These are the Levites that were registered by family:

Gershon and the Gershonite family;

Kohath and the Kohathite family;

Merari and the Merarite family.

58 These are the families of the Levites:

the Libnite family, the bronite family, the Mahlite family, the Mushite family, and the Korahite family. Kohath was the father of Amram. 59 Amram’s wife was Jochebed, a Levite, who was born into the family of Levi in Egypt.  With Amram, Jochebed bore Aaron, Moses, and their sister, Miriam. 60 Aaron fathered Nadab and Abihu, Eleazar and Ithamar, 61 but Nadab and Abihu died when they offered unauthorized fire before the Lord. 62 All the males who were registered, from one month old and up totaled 23,000, but they were not registered with the other Israelites because they were not given any inheritance among the Israelites.

Only Caleb and Joshua Remain

63 This is everyone who was registered by Moses and Eleazar the priest, who counted the Israelites in the plains of Moab by the Jordan at Jericho.

64 Not one name registered by Moses and Aaron the priest in this census was among the names of the Israelites registered in the census in the wilderness of Sinai. 65 For the Lord had said to them, “They shall surely die in the wilderness.” There was not one man left of them, except Caleb the son of Jephunneh, and Joshua the son of Nun.

The Prophecy of Anna

36 A prophetess, named Anna, was also there. She was the daughter of Phanuel, of the tribe of Asher. She was very old, having been married for seven years 37 and a widow for about 84 years. She did not depart from the temple; worshiping, fasting, and petitioning night and day. 38 Having come up to the temple at the very hour Simeon was praying, she gave thanks to the Lord and spoke of him to all those who were looking for redemption in Jerusalem.

The Return to Nazareth

39 When they had fulfilled all of what was required according to the law of the Lord, they returned to Galilee, to their own city, Nazareth. 40 The child was growing and was becoming strong in spirit, being filled with wisdom, and the grace of God was upon him.

The Boy Jesus at the Temple

41 His parents went to Jerusalem every year at the Feast of the Passover.

42 When he was twelve years old, they went up to Jerusalem in observance of the Feast, 43 and when the Feast was completed and they were returning, young Jesus stayed behind in Jerusalem, but Joseph and his mother were unaware of it. 44 Assuming he was in their company, they went a day’s journey. They looked for him among their relatives and acquaintances, 45 and when they did not find him, they returned to Jerusalem to look for him.

46 After three days they found him in the temple, sitting in the midst of the teachers, both listening to them and asking them questions. 47 All who heard him were amazed at his understanding and his answers. 48 When they saw him, they were astonished, and his mother said to him, “Son, why have you treated us this way? Your father and I were anxiously looking for you.”

49 He said to them, “Why were you looking for me? Didn’t you know that I would be in my Father’s house?” 50 They did not understand what he was saying. 51 And he went down with them and came to Nazareth. He was obedient to them, and his mother kept all these sayings in her heart. 52 And Jesus increased in wisdom and stature, and in favor with God and men.

With God We Will Gain Victory

For the Chief Musician. To the tune of “The Lily of the Covenant.” A teaching poem by David, when he fought with Aram Naharaim and with Aram Zobah, and Joab returned, and killed 12,000 Edomites in the Valley of Salt. 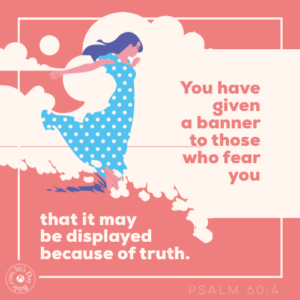 1 God, you have rejected us.
You have broken us down.
You have been angry.
Restore us, again.
2 You have made the land tremble.
You have torn it.
Mend its fractures,
for it quakes.
3 You have shown your people hard things.
You have made us drink the wine that makes us stagger.
4 You have given a banner to those who fear you,
that it may be displayed because of the truth.

5 So that your beloved may be delivered,
save with your right hand, and answer us.
6 God has spoken from his sanctuary:
“I will triumph.
I will divide Shechem,
and measure out the valley of Succoth.
7 Gilead is mine, and Manasseh is mine.
Ephraim also is the defense of my head.
Judah is my scepter.
8 Moab is my wash basin.
I will throw my sandal on Edom.
I shout in triumph over Philistia.”

9 Who will bring me into the strong city?
Who has led me to Edom?
10 Have you not rejected us, God?
Do you not go out with our armies, God?
11 Give us help against the adversary,
for the help of man is worthless.
12 Through God we will do valiantly,
for it is he who will tread down our adversaries.

15 He who is collateral for a stranger will suffer for it,
but he who refuses pledges of collateral is secure.