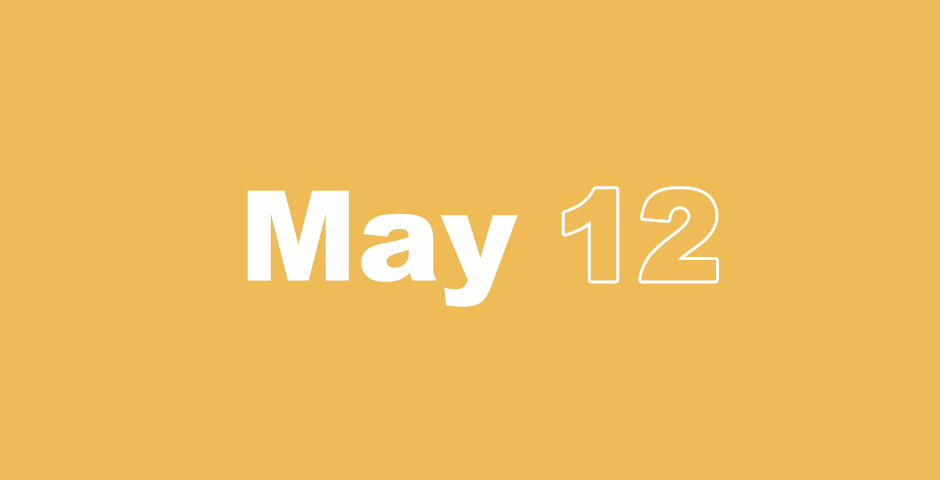 My heart is steadfast, O God. I will sing and I will make music with my soul. Psalm 108:1

1 Samuel said to all Israel, “I have listened to your voice in all that you said to me and have made a king over you. 2 Now the king walks before you. I am old and gray-haired. My sons are with you. I have walked before you from my youth to this day. 3 Here I am. Witness against me before the Lord and before his anointed. Whose ox have I taken? Whose donkey have I taken? Whom have I defrauded? Whom have I oppressed? From whose hand have I taken a bribe to make me blind my eyes? I will restore it to you.”

4 They said, “You have not defrauded us, nor oppressed us, nor have you taken anything from anyone’s hand.”

5 He said to them, “The Lord is witness against you, and his anointed is witness today that you have not found anything in my hand.”

They said, “He is witness.” 6 Samuel said to the people, “It is the Lord who appointed Moses and Aaron, and that brought your fathers up out of the land of Egypt. 7 Now therefore stand still, that I may plead with you before the Lord concerning all the righteous acts of God, which he did to you and to your fathers.

8 When Jacob had come into Egypt, and your fathers cried to the Lord, then the Lord sent Moses and Aaron, who brought your fathers out of Egypt, and settled them in this place.

12 When you saw that Nahash the king of the Ammonites came against you, you said to me, ‘No, but a king shall reign over us,’ when the Lord your God was your king. 13 Now therefore see the king whom you have chosen and whom you have asked for. The Lord has set a king over you.

16 Now therefore stand still and see this great thing, which the Lord will do before your eyes. 17 Is it not wheat harvest today? I will call to the Lord, that he may send thunder and rain, and you will know and see that your wickedness is great, which you have done in the sight of the Lord, in asking for a king.”

18 So Samuel called to the Lord, and the Lord sent thunder and rain that day. Then all the people greatly feared the Lord and Samuel.

19 All the people said to Samuel, “Pray for your servants to the Lord your God so that we do not die, for we have added to all our sins this evil, asking for a king.”

20 Samuel said to the people, “Do not be afraid. You have indeed done all this evil, yet do not turn away from following the Lord, but serve the Lord with all your heart. 21 Do not turn away to go after worthless things which cannot profit or deliver, for they are worthless. 22 For the Lord will not forsake his people for his great name’s sake, because it has pleased the Lord to make you a people for himself.

23 Moreover as for me, far be it from me that I should sin against the Lord in ceasing to pray for you, but I will instruct you in the good and the right way. 24 Only fear the Lord and serve him in truth with all your heart, for consider what great things he has done for you. 25 But if you keep doing evil, you will be consumed, both you and your king.”

War with the Philistines

1 Saul was 30 years old when he became king, and he reigned over Israel 42 years.

5 The Philistines assembled together to fight with Israel: 30,000 chariots, and 6,000 horsemen, and a multitude of people like the sand on the seashore. They came up and encamped in Michmash, east of Beth Aven. 6 When the men of Israel saw that they were in trouble (for the people were distressed), then the people hid themselves in caves, in thickets, in rocks, in tombs, and in pits. 7 Now some of the Hebrews had gone over the Jordan to the land of Gad and Gilead, but as for Saul, he was still in Gilgal, and all the people followed him trembling.

8 He stayed seven days, according to the time set by Samuel, but Samuel did not come to Gilgal, and the men were scattering from him. 9 Saul said, “Bring the burnt offering to me here, and the peace offerings.” He offered the burnt offering.

10 It came to pass that as soon as he had finished offering the burnt offering, Samuel came, and Saul went out to meet him, that he might greet him. 11 Samuel said, “What have you done?”

Saul said, “Because I saw that the men were scattering from me and that you didn’t come within the days appointed and that the Philistines were assembling together at Michmash, 12 therefore I said, ‘Now the Philistines will come down on me to Gilgal, and I haven’t entreated the favor of the Lord.’ I forced myself therefore, and offered the burnt offering.”

13 Samuel said to Saul, “You have acted foolishly. You have not kept the commandment of the Lord your God which he commanded you, for the Lord would have established your kingdom in Israel forever, 14 but now your kingdom will not continue. The Lord has sought for himself a man after his own heart, and the Lord has appointed him to be ruler over his people because you have not kept that which the Lord commanded you.”

15 Samuel arose and went from Gilgal to Gibeah of Benjamin. Saul counted the people who were present with him, about 600 men. 16 Saul, and Jonathan his son, and the people who were present with them, stayed in Geba of Benjamin; but the Philistines encamped in Michmash. 17 The raiders came out of the camp of the Philistines in three companies: one company turned to the way that leads to Ophrah, to the land of Shual, 18 another company turned the way to Beth Horon, and another company turned the way of the border that looks down on the valley of Zeboim toward the wilderness.

19 Now there was no blacksmith found throughout all the land of Israel, for the Philistines said, “Lest the Hebrews make themselves swords or spears,” 20 but all the Israelites went down to the Philistines, each man to sharpen his own plowshare, mattock, ax, and sickle. 21 The price was two-thirds of a shekel each to sharpen mattocks, plowshares, pitchforks, axes, and goads. 22 So it came to pass in the day of battle, that neither sword nor spear was found in the hand of any of the people who were with Saul and Jonathan, but Saul and Jonathan his son had them.

23 And the garrison of the Philistines had gone out to secure the pass of Michmash.

Jesus Teaches at the Feast

1 After this, Jesus was walking in Galilee, for he would not walk in Judea, because the Jews sought to kill him. 2 Now the feast of the Jews, the Feast of Booths, was at hand. 3 His brothers therefore said to him, “Depart from here and go into Judea, that your disciples may also see the works which you are doing. 4 For no one does anything in secret if he seeks to be known openly. If you do these things, reveal yourself to the world.” 5 For his brothers did not believe in him either.

6 Jesus therefore said to them, “My time has not yet come, but your time is always at hand. 7 The world cannot hate you, but it hates me, because I testify about it, that its works are evil. 8 You go up to the feast. I am not yet going up to this feast because my time has not yet fully come.”

9 Having said these things to them, he stayed in Galilee. 10 But when his brothers had gone up to the feast, then he also went up, not publicly, but in secret. 11 The Jews therefore sought him at the feast, and said, “Where is he?” 12 There was much murmuring among the multitudes concerning him. Some said, “He is a good man.” Others said, “It is not so, for he leads the multitude astray.” 13 Yet no one spoke openly of him for fear of the Jews.

14 But when it was now the middle of the feast, Jesus went up into the temple and taught. 15 The Jews therefore marveled, saying, “How does this man know Scripture, not having been educated?”

16 Jesus therefore answered them, “My teaching is not mine, but his who sent me. 17  If anyone desires to do his will, he will know about the teaching, whether it is from God, or if I am speaking from myself. 18  He who speaks from himself seeks his own glory, but he who seeks the glory of him who sent him is true, and no unrighteousness is in him. 19  Did Moses not give you the law, and yet none of you keeps the law? Why do you seek to kill me?”

20 The multitude answered, “You are possessed by a demon! Who is trying to kill you?”

21 Jesus answered them, “I performed one miracle, and all of you marvel because of it. 22  Moses has given you circumcision (not that it is of Moses, but of the fathers), and on the Sabbath you circumcise a boy. 23  If a boy receives circumcision on the Sabbath, that the law of Moses may not be broken, are you angry with me, because I made a man completely healthy on the Sabbath? 24  Do not judge according to appearance, but judge with righteous judgment.”

Is Jesus the Messiah

25 Therefore some of them from Jerusalem said, “Isn’t this he whom they are trying to kill? 26 He speaks openly, and they say nothing to him. Can it be that the rulers indeed know that this is truly the Messiah? 27 However we know where this man comes from, but when the Messiah comes, no one will know from where he comes.”

28 Jesus therefore cried out in the temple, teaching and saying, “You both know me, and know where I am from. I have not come of myself, but he who sent me is true, whom you do not know. 29  I know him, because I am from him, and he sent me.”

30 They tried therefore to take him, but no one laid a hand on him, because his hour had not yet come. 31 But of the multitude, many believed in him. They said, “When the Messiah comes, he will not do more signs than those which this man has done, will he?” 32 The Pharisees heard the multitude murmuring these things concerning him, and the chief priests and the Pharisees sent officers to arrest him.

A Song. A Psalm by David. 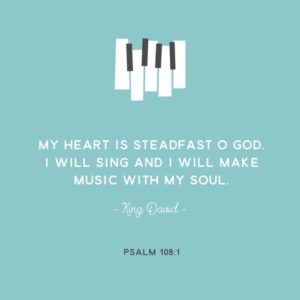 1 My heart is steadfast, O God.
I will sing and I will make music with my soul.
2 Wake up, harp and lyre!
I will wake up the dawn.
3 I will give thanks to you, O Lord, among the nations.
I will sing praises to you among the peoples.
4 For your loving kindness is great above the heavens.
Your faithfulness reaches to the skies.
5 Be exalted, O God, above the heavens!
Let your glory be over all the earth.
6 That your beloved may be delivered,
save with your right hand, and answer us.
7 God has spoken from his sanctuary:
“In triumph, I will divide Shechem,
and measure out the valley of Succoth.
8 Gilead is mine. Manasseh is mine.
Ephraim also is my helmet.
Judah is my scepter.
9 Moab is my wash pot.
I will toss my sandal on Edom.
I will shout over Philistia.”
10 Who will bring me into the fortified city?
Who has led me to Edom?
11 Have you not rejected us, O God?
You do not go out, O God, with our armies.
12 Give us help against the enemy,
for the help of man is worthless.
13 Through God, we will do valiantly.
For it is he who will tread down our enemies.

4 A gentle tongue is a tree of life,
but deceit in it crushes the spirit.