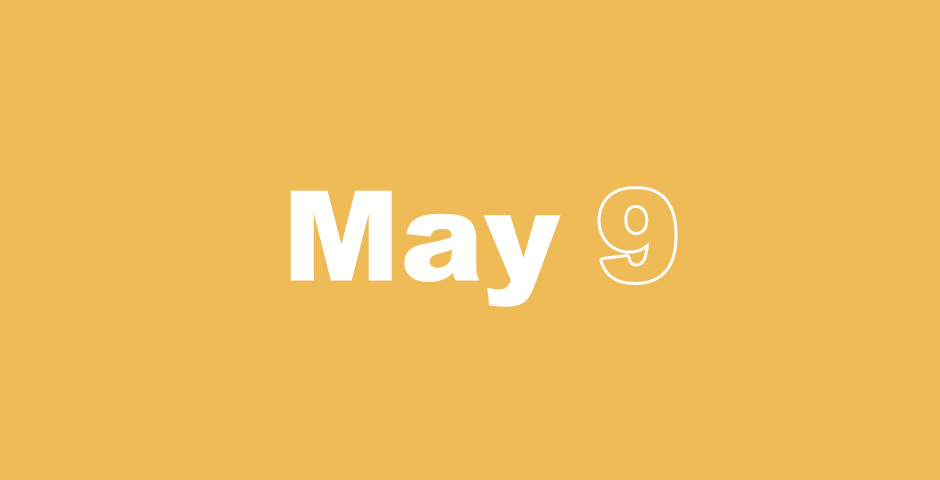 The Ark among the Philistines

4 When they arose early the following morning, Dagon had fallen on his face to the ground before the ark of the Lord; and the head of Dagon and both palms of its hands were cut off on the threshold. Only Dagon’s torso was intact. 5 Therefore neither the priests of Dagon nor anyone who comes into Dagon’s house step on the threshold of Dagon in Ashdod to this day. 6 But the Lord’s hand was heavy on the people of Ashdod, and he destroyed them and struck them with tumors, Ashdod and its borders.

As the ark of the Lord came to Ekron, the Ekronites cried out, saying, “They have brought the ark of the God of Israel here to us, to kill us and our people.” 11 They sent for all the rulers of the Philistines, and they said, “Send the ark of the God of Israel away, and let it go back to its own place, that it not kill us and our people.” For there was a deadly panic throughout all the city. The hand of the Lord was very heavy there. 12 The men who did not die were struck with the tumors; and the cry of the city went up to heaven.

The Ark Returned to Israel

3 They said, “If you send the ark of the God of Israel away, do not send it empty; but by all means return a trespass offering to him. Then you will be healed, and it will be known to you why his hand is not removed from you.”

4 Then they said, “What should the trespass offering be which we shall return to him?”
They said, “Five golden tumors and five golden mice, for the number of the Philistines rulers; for one plague was on all of you and your rulers. 5 Therefore you shall make images of your tumors and images of your mice that mar the land; and you shall give glory to the God of Israel. Perhaps he will release his hand from you, from your gods, and from your land. 6 Why then do you harden your hearts as the Egyptians and Pharaoh hardened their hearts? When he had worked wonders among them, did they not let the people go, and they departed?

7 “Now therefore prepare a new cart and two milk cows on which there has been no yoke; and tie the cows to the cart, and take their calves home, away from them. 8 Take the ark of the Lord and lay it on the cart. Put the jewels of gold, which you are sending as a trespass offering, in a box by its side; and send it off, that it may go its way. 9 If it goes up by the way of its own border to Beth Shemesh, then he has done this great disaster to us; but if not, then we shall know that it is not his hand that struck us. It was by chance that this happened to us.”

10 The men did this, and took two milk cows and tied them to the cart, and penned up their calves at home. 11 They put the ark of the Lord on the cart, and the box with the golden mice and the images of their tumors. 12 The cows took the straight way by the way to Beth Shemesh. They went along the highway, lowing as they went, and did not turn away to the right or to the left; and the rulers of the Philistines went after them to the border of Beth Shemesh.

13 The people of Beth Shemesh were reaping their wheat harvest in the valley; and they looked up and saw the ark, and rejoiced at seeing it. 14 The cart came into the field of Joshua of Beth Shemesh, and stood there, where there was a great stone. Then they split the wood of the cart and offered up the cows as a burnt offering to the Lord. 15 The Levites took down the ark of the Lord and the box that was with it, in which the jewels of gold were, and put them on the great stone; and the men of Beth Shemesh offered burnt offerings and made sacrifices the same day to the Lord.

21 They sent messengers to the inhabitants of Kiriath Jearim, saying, “The Philistines have brought back the ark of the Lord. Come down and bring it up to yourselves.”

3 Samuel spoke to all the house of Israel, saying, “If you are returning to the Lord with all your heart, then put away the foreign gods and the Ashtaroth from among you, and direct your hearts to the Lord, and serve him only; and he will deliver you from the hand of the Philistines.” 4 Then the Israelites removed the Baals and the Ashtaroth, and served the Lord only.

5 Samuel said, “Gather all Israel to Mizpah, and I will pray to the Lord for you.” 6 They gathered together to Mizpah, and drew water, and poured it out before the Lord, and fasted on that day, and said there, “We have sinned against the Lord.” Samuel judged the Israelites in Mizpah.

12 Then Samuel took a stone, and set it between Mizpah and Shen, and named it Ebenezer, saying, “The Lord helped us until now.” 13 So the Philistines were subdued, and they stopped coming within the border of Israel. The Lord’s hand was against the Philistines all the days of Samuel.

14 The cities which the Philistines had taken from Israel were restored to Israel, from Ekron to Gath; and Israel recovered its border from the hand of the Philistines. There was peace between Israel and the Amorites.

The Feeding of the Five Thousand

1 After these things, Jesus went away to the other side of the sea of Galilee, which is also called the Sea of Tiberias. 2 A great multitude followed him, because they saw the signs which he was performing on those who were sick. 3 Jesus went up into the mountain, and he sat there with his disciples. 4 Now the Passover, the feast of the Jews, was at hand. 5 Jesus therefore, looking up, and seeing that a great multitude was coming to him, said to Philip, “Where are we to buy bread, that these may eat?” 6 He said this to test him, for he himself knew what he would do.

7 Philip answered him, “Two hundred denarii worth of bread is not sufficient for them, that every one of them may receive a little.”

8 One of his disciples, Andrew, Simon Peter’s brother, said to him, 9 “There is a boy here who has five barley loaves and two fish, but what are these among so many?”

10 Jesus said, “Have the people sit down.” Now there was much grass in that place. So the men sat down, in number about 5,000. 11 Jesus took the loaves; and having given thanks, he distributed them to the disciples, and the disciples to those who were sitting down; and he did likewise with the fish, as much as they desired.

12 When they were full, he said to his disciples, “Gather up the broken pieces which are left over, that nothing be lost.” 13 So they gathered them up, and filled twelve baskets with broken pieces from the five barley loaves, which were left over by those who had eaten. 14 When therefore the people saw the sign which Jesus did, they said, “This is truly the prophet who comes into the world.” 15 Jesus therefore, perceiving that they were about to come and take him by force to make him king, withdrew again to the mountain by himself. 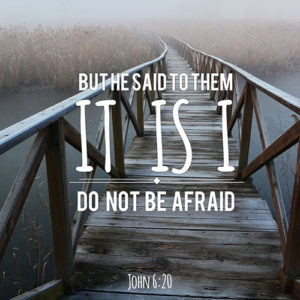 16 When evening came, his disciples went down to the sea. 17 They entered into the boat, and were going over the sea to Capernaum. It was now dark, and Jesus had not come to them. 18 The sea was tossed by a great wind blowing. 19 When they had rowed about three or four miles, they saw Jesus walking on the sea, and drawing near to the boat; and they were afraid. 20 But he said to them, “It is I. Do not be afraid.” 21 Therefore they were willing to receive him into the boat. Immediately the boat was at the land where they were going.

13 They soon forgot his works.
They did not wait for his counsel,
14 but gave in to their cravings in the desert,
and tested the Lord in the desert.
15 He gave them their request,
but sent a wasting disease among them.

16 They envied Moses also in the camp,
and Aaron, the Lord’s holy priest.
17 The earth opened and swallowed up Dathan,
and covered the company of Abiram.
18 A fire was kindled in their company.
The flame burned up the wicked.

19 They made a calf in Horeb,
and worshiped a molten image.
20 Thus they exchanged their glory
for an image of a bull that eats grass.
21 They forgot God, their Savior,
who had done great things in Egypt,
22 wondrous works in the land of Ham,
and awesome things by the Red Sea.
23 Therefore he said that he would have destroyed them,
had Moses, his chosen, not stood before him in the gap,
to turn away his wrath, so that he would not destroy them.

28 They also aligned themselves with Baal Peor,
and ate the sacrifices of the dead.
29 Thus they provoked him to anger with their deeds.
The plague broke in on them.
30 Then Phinehas stood up and executed judgment,
so the plague was stopped.
31 That was credited to him as righteousness,
for all generations to come.

32 The wicked is brought down in his calamity,
but in death, the righteous has a refuge.
33 Wisdom rests in the heart of one who has understanding,
and is even made known in the inward part of fools.