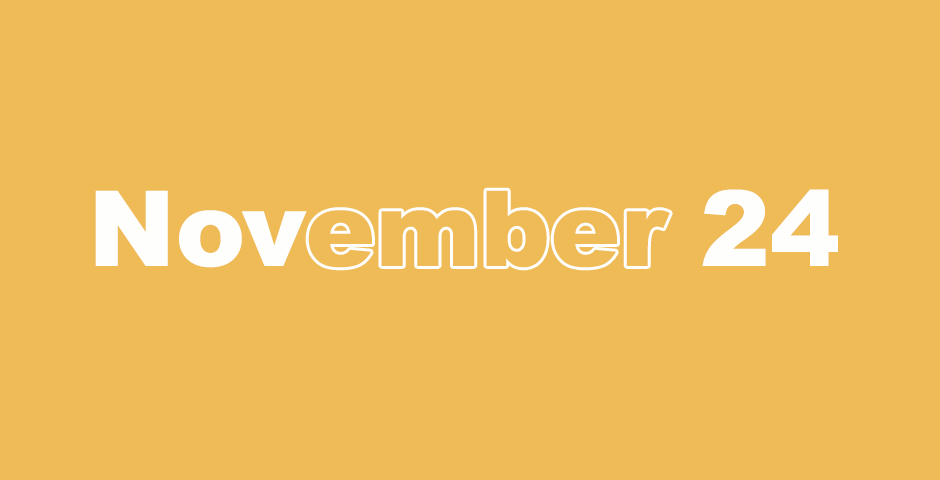 Waters from Under the Temple

Then he had me return to the bank of the river. 7 Now when I had returned, on the bank of the river were an abundance of trees on both sides. 8 Then he said to me, “These waters flow out toward the eastern region, and will go down into the Arabah. Then they will go toward the sea. When it empties into the sea, the water becomes fresh water. 9 It will happen, that wherever the river is flowing, swarms of living creatures will live. Then there will be a great multitude of fish, for these waters have come there, and the waters of the sea will be made fresh, and everything will live wherever the river flows.

10 It will happen, that fishermen will stand by it. From En Gedi to En Eglaim will be a place for the spreading of nets. Their fish will be according to their kinds, like the fish of the great sea, a great many. 11 But the miry places of it and its marshes will not be healed. They will be given up to salt. 12 By the river on both sides of its bank, will grow every tree for food, whose leaf will not wither, nor will its fruit fail. It will produce new fruit every month because its water flows out from the sanctuary. Its fruit will be for food and its leaf for healing.”

The Borders of the Land

13 The Lord God says: “This shall be the border, by which you shall divide the land for inheritance according to the twelve tribes of Israel. Joseph shall have two portions. 14 You shall inherit it, one as well as another, for I swore to give it to your fathers. This land will fall to you as an inheritance.

18 The east side, between Hauran and Damascus and Gilead, and the land of Israel, shall be the Jordan; from the north border to the east sea you shall measure. This is the east side.

19 The south side southward shall be from Tamar as far as the waters of Meriboth Kadesh, to the brook, to the great sea. This is the south side, southward.

20 The west side shall be the great sea, from the south border as far as opposite the entrance of Hamath. This is the west side.

21 So you shall divide this land among yourselves according to the tribes of Israel. 22 It will happen, that you shall divide it by lot as an inheritance to you and to the aliens who live among you, who will father children among you. Then they shall be to you like the native-born among the Israelites. They shall have an inheritance with you among the tribes of Israel. 23 It shall happen, that in whatever tribe the stranger lives, there you shall give him his inheritance,” says the Lord God.

The Portion for the Tribes

1 “Now these are the names of the tribes: From the north end, beside the way of Hethlon to the entrance of Hamath, Hazar Enan at the border of Damascus, northward beside Hamath (and they shall have their sides east and west), Dan, one portion.

2 By the border of Dan, from the east side to the west side, Asher, one portion.

3 By the border of Asher, from the east side to the west side, Naphtali, one portion.

4 By the border of Naphtali, from the east side to the west side, Manasseh, one portion.

5 By the border of Manasseh, from the east side to the west side, Ephraim, one portion.

6 By the border of Ephraim, from the east side to the west side, Reuben, one portion.

7 By the border of Reuben, from the east side to the west side, Judah, one portion.

The Portion for the Priests

The Portion for the Prince

21 “The remaining land, the area on each side of the holy offering and the city’s property, shall be for the prince. From the eight and one-third miles of the offering toward the east border, and westward in front of the eight and one-third miles toward the west border, alongside the portions, it shall be for the prince. The holy offering and the sanctuary of the temple shall be in the middle of it.

23 As for the rest of the tribes: from the east side to the west side, one portion will be Benjamin.”

The Portion for the Remaining Tribes

24 “By the border of Benjamin, from the east side to the west side, Simeon, one portion.

25 By the border of Simeon, from the east side to the west side, Issachar, one portion.

26 By the border of Issachar, from the east side to the west side, Zebulun, one portion.

27 By the border of Zebulun, from the east side to the west side, Gad, one portion.

28 By the border of Gad, at the south side southward, the border shall be even from Tamar to the waters of Meribath Kadesh, to the brook, to the great sea.

29 This is the land which you shall divide by lot to the tribes of Israel for inheritance, and these are their several portions, says the Lord God.”

The City Gates and Dimensions

35 It shall be six miles around: and the name of the city from that day shall be, ‘The Lord is there.’ ” 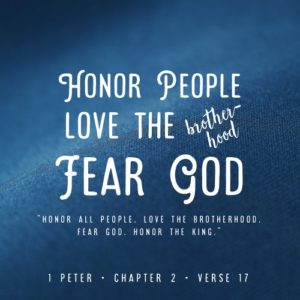 1 In the same way, wives, be subject to your own husbands so that even if they do not obey the Word, they may be won, without a word, by the behavior of their wives, 2 seeing your pure and reverent behavior.

3 Let your beauty not be merely the outward adorning of braided hair or of wearing gold jewels or fine clothing, 4 but in the hidden person of the heart, in the incorruptible adornment of a gentle and quiet spirit, which is very precious in the sight of God. 5 For this is how in the past, the holy women who hoped in God also adorned themselves, being subject to their own husbands,  6 just as Sarah obeyed Abraham, calling him lord, whose daughters you are, if you do good, and do not give in to fear and anxiety.

7 You husbands, in the same way, live with your wives with understanding, giving honor to the woman as the weaker one, but also as a joint heir in the grace of life, that your prayers may not be hindered.

8 Finally, all of you be like-minded, compassionate, loving as brothers, tenderhearted, courteous, 9 not returning evil for evil, or insult for insult, but instead blessing, knowing that you were called to this, that you may inherit a blessing. 10 For,

“He who would love life
and see good days,
let him keep his tongue from evil
and his lips from speaking deceit.
11 Let him turn away from evil and do good.
Let him seek peace and pursue it.
12 For the eyes of the Lord are on the righteous,
and his ears open to their prayer,
but the face of the Lord is against those who do evil.” a

13 Now who will harm you if you become imitators of that which is good?

14 But if you should suffer for righteousness’ sake, you are blessed. “Do not fear what they fear, nor be troubled.” 15 But sanctify the Lord God in your hearts. Always be ready to give an answer to everyone who asks you a reason concerning the hope that is in you, with humility and fear. 16 But do this with meekness and respect, with a clear conscience so that those who falsely accuse your good Christian life, speaking of you as evildoers, might be ashamed. 17 For it is better, if it is God’s will, that you suffer for doing good than for doing evil.

18 For Christ also suffered for sins once for all, the righteous for the unrighteous, that he might bring you to God, having been put to death in the flesh, but made alive in the Spirit, 19 in whom he also went and preached to the spirits in prison, 20 who before were disobedient, when God waited patiently in the days of Noah, while the ship was being built. In it, few, that is, eight souls, were saved through water. 21 This is a symbol of baptism, which now saves you—not the putting away of the filth of the flesh, but the answer of a good conscience toward God, through the resurrection of Jesus Christ, 22 who is at the right hand of God, having gone into heaven, angels and authorities and powers being made subject to him.

ZAYIN
49 Remember your word to your servant,
in which you have given me hope.
50 This is my comfort in my affliction,
for your word has revived me.
51 The arrogant mock me excessively,
but I do not swerve from your law.
52 I remember your ordinances of old, O Lord,
and have comforted myself.
53 Indignation has taken hold on me,
because of the wicked who forsake your law.
54 Your statutes have been my songs
in the house where I live.
55 I have remembered your name in the night, O Lord,
and I obey your law.
56 This is my way,
that I keep your precepts.

CHET
57 You are my portion, O Lord.
I promised to obey your words.
58 I sought your favor with my whole heart.
Be merciful to me according to your word.
59 I considered my ways,
and turned my steps to your statutes.
60 I will hurry, and not delay,
to obey your commandments.
61 The ropes of the wicked bind me,
but I will not forget your law.
62 At midnight I will rise to give thanks to you,
because of your righteous ordinances.
63 I am a friend of all those who fear you,
of those who observe your precepts.
64 The earth is full of your loving kindness, O Lord.
Teach me your statutes.

12 When the righteous triumph, there is great glory,
but when the wicked rise, men hide themselves.

13 He who conceals his sins does not prosper,
but whoever confesses and renounces them finds mercy.