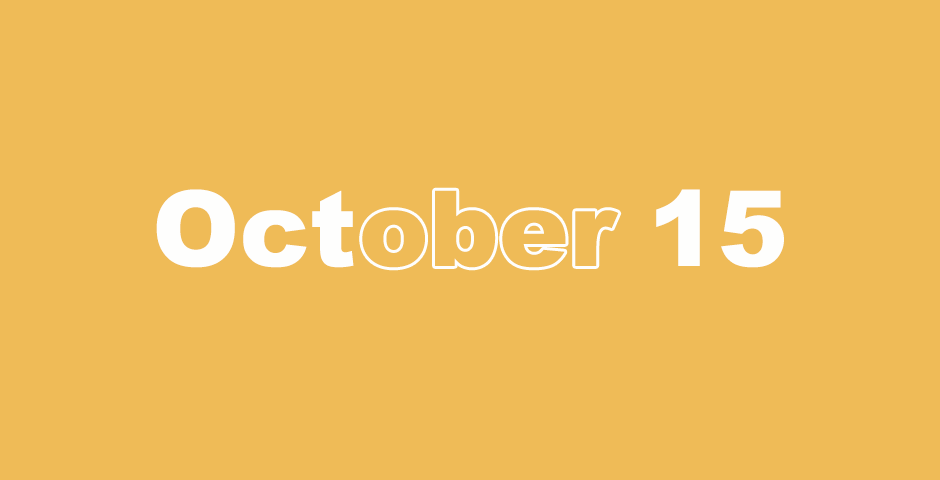 Now may the Lord of peace himself give you peace at all times in all ways. The Lord be with all of you. 2 Thessalonians 3:16

1 In the beginning of the reign of Jehoiakim the son of Josiah, king of Judah, this word came from the Lord: 2 “The Lord says: ‘Stand in the court of the house of the Lord, and say everything I command you to say to all the cities of Judah that come to worship in the house of the Lord. Do not omit a word. 3 It may be they will listen, and every man turn from his evil way, that I may relent from the disaster which I intend to do to them because of their evil ways.’

4 You shall tell them, “The Lord says: ‘If you will not listen to me, to follow my law, which I have set before you, 5 to listen to the words of my servants the prophets, whom I have been sending to you, again and again, though you have not listened, 6 then I will make this house like Shiloh, and will make this city a curse to all the nations of the earth.” ’ ”

The Plot to Murder Jeremiah

10 When the officials of Judah heard these things, they came up from the king’s house to the house of the Lord, and they sat in the entry of the new gate of the house of the Lord. 11 Then the priests and the prophets spoke to the officials and to all the people, saying, “This man is worthy of death, for he has prophesied against this city, as you have heard with your ears.”

12 Then Jeremiah spoke to all the officials and to all the people, saying, “The Lord sent me to prophesy against this house and against this city all the words that you have heard. 13 Now therefore amend your ways and your deeds, and obey the voice of the Lord your God. Then the Lord will relent from the evil that he has pronounced against you. 14 But as for me, I am in your hands. Do with me what is good and right in your eyes. 15 Only know for certain that, if you put me to death, you will bring innocent blood on yourselves, on this city, and on its inhabitants; for in truth the Lord has sent me to you to speak all these words to you.”

16 Then the officials and all the people said to the priests and to the prophets: “This man is not worthy of death, for he has spoken to us in the name of the Lord our God.”

17 Then certain of the elders of the land rose up, and spoke to the whole the assembly of the people, saying, 18 “Micah the Morashtite prophesied in the days of Hezekiah king of Judah; and he spoke to all the people of Judah, saying, ‘The Lord of Hosts says:

“ ‘Zion will be plowed like a field,
and Jerusalem will become heaps,
and the mountain of the house
like the high places of a forest.’

19 Did Hezekiah king of Judah and all Judah put him to death? Did he not fear the Lord, and entreat the favor of God, and the Lord relented of the disaster which he had pronounced against them? We would commit great destruction against our own souls that way!”

20 There was also a man who prophesied in the name of the Lord, Uriah the son of Shemaiah of Kiriath Jearim, and he prophesied against this city and against this land according to all the words of Jeremiah. 21 When Jehoiakim the king, with all his mighty men and all the officials heard his words, the king sought to put him to death, but when Uriah heard it, he was afraid, and fled, and went into Egypt.

24 But the hand of Ahikam the son of Shaphan was with Jeremiah, so that they did not give him into the hands of the people to put him to death.

4 Give them a command to their masters, saying, ‘The Lord of Hosts, the God of Israel says, “You shall tell your masters, 5 ‘I have made the earth, the men, and the animals that are on the face of the earth by my great power and by my outstretched arm. I give it to whom it seems right to me.

6 Now I have given all these lands into the hand of Nebuchadnezzar the king of Babylon, my servant. I have also given the animals of the field to him to serve him. 7 All the nations will serve him, his son, and his son’s son, until the time of his own land comes. Then many nations and great kings will make him their bondservant.

8 “ ‘It will happen that I will punish the nation and the kingdom which will not serve the same Nebuchadnezzar king of Babylon, and that will not put their neck under the yoke of the king of Babylon,’ says the Lord, ‘with the sword, with famine, and with pestilence, until I have consumed them by his hand.

9 But as for you, do not listen to your prophets, to your diviners, to your dreams, to your soothsayers, or to your sorcerers, who speak to you, saying, “You shall not serve the king of Babylon;” 10 for they prophesy a lie to you, to remove you far from your land, so that I would drive you out, and you would perish. 11 But the nation that brings their neck under the yoke of the king of Babylon and serves him, that nation I will let remain in their own land,’ says the Lord; ‘and they will till it and dwell in it.’ ”

12 I spoke to Zedekiah king of Judah according to all these words, saying, “Bring your necks under the yoke of the king of Babylon, and serve him and his people, and live. 13 Why should you die, you and your people, by the sword, by the famine, and by the pestilence, as the Lord has spoken concerning the nation that will not serve the king of Babylon?

14 Do not listen to the words of the prophets who speak to you, saying, ‘You shall not serve the king of Babylon;’ for they prophesy a lie to you. 15 For I have not sent them,” says the Lord, “but they prophesy falsely in my name, that I may drive you out, and that you may perish, you, and the prophets who prophesy to you.”

16 Also I spoke to the priests and to all this people, saying, the Lord says, “Do not listen to the words of your prophets who prophesy to you, saying, ‘The vessels of the house of the Lord will now soon be brought back from Babylon,’ for they prophesy a lie to you. 17 Do not listen to them. Serve the king of Babylon and live. Why should this city become a desolation?

1 Finally, brothers, pray for us, that the word of the Lord may spread rapidly and be glorified, as also with you, 2 and that we may be delivered from unreasonable and evil men, for not all have faith. 3 But the Lord is faithful, who will establish you and guard you from the evil one. 4 We have confidence in the Lord concerning you, that you both do and will continue doing the things we command. 5 May the Lord direct your hearts into God’s love, and into the perseverance of Christ.

6 Now we command you, brothers, in the name of our Lord Jesus Christ, that you withdraw yourselves from every brother who walks in rebellion, and not after the tradition which they received from us. 7 For you know how you ought to imitate us. For we did not behave ourselves rebelliously among you, 8 neither did we eat bread from anyone’s hand without paying for it, but in labor and toil worked night and day, that we might not burden any of you, 9 not because we do not have the right, but to make ourselves an example to you, that you should imitate us.

10 For even when we were with you, we commanded you this: “If anyone is not willing to work, do not let him eat.” 11 For we hear of some who walk among you in rebellion, who do not work at all, but are busybodies. 12 Now those who are that way, we command and exhort in the Lord Jesus Christ, that they work with quietness and eat their own bread.

13 But you, brothers, do not be weary in doing what is right. 14 If any man does not obey our word in this letter, take note of that man, that you have no company with him, to the end that he may be ashamed. 15 Do not count him as an enemy, but admonish him as a brother.

16 Now may the Lord of peace himself give you peace at all times in all ways. The Lord be with all of you.

17 The greeting of me, Paul, with my own hand, which is the sign in every letter: this is how I write.

18 The grace of our Lord Jesus Christ be with all of you. Amen.

God Has Been Favorable to His Land

For the Chief Musician. A Psalm by the sons of Korah. 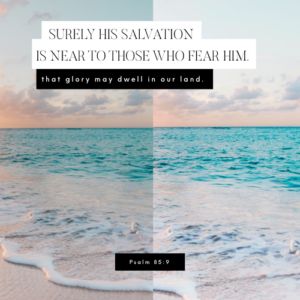 3 You have withdrawn your fury.
You have turned from the fierceness of your anger.
4 Restore us again, God of our salvation,
and cause your indignation toward us to cease.
5 Will you be angry with us forever?
Will you draw out your anger to all generations?
6 Will you not revive us again,
that your people may rejoice in you?
7 Show us your loving kindness, Lord.
Grant us your salvation.

8 I will hear what the Lord, God, will speak,
for he will speak peace to his people, his saints,
but let them not turn back to folly.
9 Surely his salvation is near those who fear him,
that glory may dwell in our land.
10 Mercy and truth meet together.
Righteousness and peace have kissed each other.
11 Truth springs from the earth.
Righteousness has looked down from heaven.
12 Yes, the Lord will give that which is good.
Our land will yield its increase.
13 Righteousness goes before him,
And prepares the way for his steps.

16 Have you found honey?
Eat as much as is sufficient for you,
lest you eat too much, and vomit it.