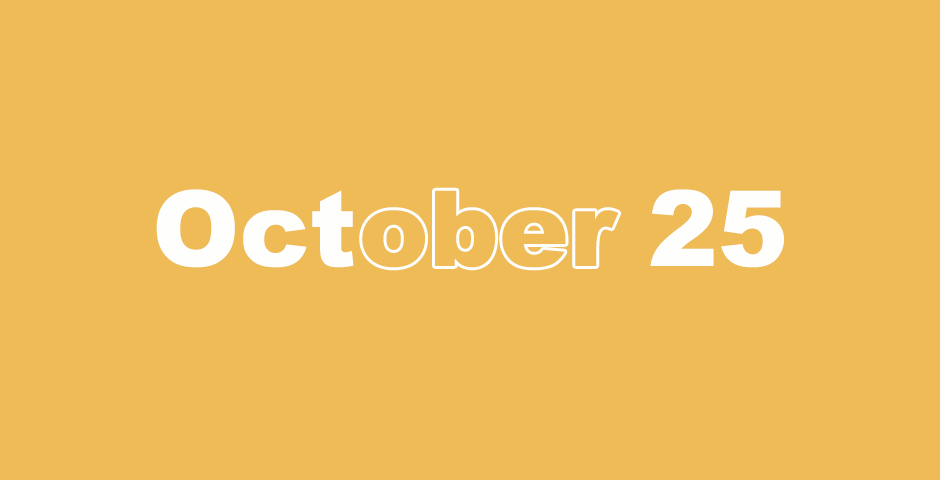 In his hand are the deep places of the earth. The heights of the mountains are also his. Psalm 95:4

1 The message that Jeremiah the prophet spoke to Baruch the son of Neriah, when he wrote these words in a book at the dictation of Jeremiah, in the fourth year of Jehoiakim the son of Josiah, king of Judah, saying, 2 “The Lord, the God of Israel, says to you, Baruch, 3 ‘You said, “Woe is me now! For the Lord has added sorrow to my pain! I am weary with my groaning, and I find no rest.” ’

4 “You shall tell him, the Lord says, ‘That which I have built, I will break down, and that which I have planted I will uproot, all of this throughout the whole land. 5 Do you seek great things for yourself? Do not seek them, for I will bring disaster on all flesh,’ says the Lord, ‘but I will let you escape with your life wherever you go.’ ”

The Judgment on Egypt

1 The word of the Lord, which came to Jeremiah the prophet concerning the nations, 2 concerning Egypt and the army of Pharaoh Necoh king of Egypt, which was by the river Euphrates in Carchemish, which Nebuchadnezzar king of Babylon struck in the fourth year of Jehoiakim the son of Josiah, king of Judah.

3 “Prepare the buckler and shield,
and draw near to battle!
4 Harness the horses, and get up, you horsemen,
and stand up with your helmets.
Polish the spears,
put on the coats of armor.

5 What do I see?
They have lost courage and have retreated.
Their mighty ones have been defeated.
They have fled in haste,
without looking back.
Terror is on every side,” says the Lord.

6 “Do not let the swift flee,
nor the mighty escape.
In the north by the river Euphrates
they have stumbled and fallen.

9 Go up, you horses!
Rage, you chariots!
Let the mighty men go out:
Cush and Put, who handle the shield,
and the Ludim, who handle and bend the bow.
10 For that day is of the Lord, the God of Hosts,
a day of vengeance,
that he may avenge himself on his adversaries.
The sword will devour and be satiated,
and will drink its fill of their blood,
for the Lord, the God of Hosts,
has a sacrifice in the north country by the river Euphrates.

11 Go up into Gilead, and take balm, virgin daughter of Egypt.
You use all your medicines in vain.
There is no healing for you.
12 The nations have heard of your shame,
and the earth is full of your cry,
for the mighty has stumbled against the mighty.
They both fall together.”

13 The word that the Lord spoke to Jeremiah the prophet, how Nebuchadnezzar king of Babylon should come and strike the land of Egypt.

14 “Declare in Egypt,
publish in Migdol,
and publish in Memphis and in Tahpanhes,
say, ‘Stand up and prepare,
for the sword has devoured around you.’

15 Why are your strong ones swept away?
They did not stand because the Lord pushed them.
16 He caused many to stumble.
Yes, they fell on one another.
They said, ‘Arise! Let’s go back to our own people,
and to the land of our birth,
from the oppressing sword.’
17 They cried there, ‘Pharaoh king of Egypt is just noise.
He has let the appointed time pass by.’

18 “As I live,” says the King,
whose name is the Lord of Hosts,
“surely like Tabor among the mountains,
and like Carmel by the sea,
so he will come.
19 You, daughter who dwells in Egypt,
prepare yourself to go into captivity,
for Memphis will become a desolation,
and will be burned up,
without inhabitant.

20 “Egypt is a very beautiful heifer,
but destruction out of the north has come.
It has come.
21 Also her hired men in the midst of her
are like calves of the stall,
for they also are turned back.
They have fled together.
They did not stand,
for the day of their calamity has come upon them,
the time of their visitation.
22 Its sound will go like the serpent,
for they will march with an army,
and come against her with axes, like wood cutters.
23 They will cut down her forest,” says the Lord,
“though it cannot be searched,
because they are more than the locusts,
and are innumerable.

24 The daughter of Egypt will be disappointed,
she will be delivered into the hand of the people of the north.”

27 “But you, do not be afraid, Jacob my servant.
Do not  be dismayed, Israel,
for I will save you from afar,
and your offspring from the land of their captivity.
Jacob will return,
and will be quiet and at ease.
No one will make him afraid.
28 Do not be afraid, O Jacob my servant,” says the Lord,
“for I am with you,
for I will make a full end of all the nations where I have driven you,
but I will not make a full end of you,
but I will correct you in due measure,
and will in no way leave you unpunished.”

1 I command you therefore before God and the Lord Jesus Christ, who will judge the living and the dead at his appearing and his Kingdom, 2 preach the word. Be urgent in season and out of season. Reprove, rebuke, and exhort with all patience and teaching.

3 For the time will come when they will not listen to the sound doctrine, but having itching ears, will heap up for themselves teachers after their own lusts, 4 and will turn their ears away from the truth, and turn away to fables. 5 But you, be sober in all things, suffer hardship, do the work of an evangelist, and fulfill your ministry.

6 For I am already being offered, and the time of my departure has come. 7 I have fought the good fight. I have finished the course. I have kept the faith. 8 From now on, the crown of righteousness is stored up for me, which the Lord, the righteous judge, will give to me on that day; and not to me only, but also to all those who have loved his appearing.

9 Be diligent to come to me soon, 10 for Demas left me, having loved this present world, and went to Thessalonica; Crescens to Galatia; and Titus to Dalmatia. 11 Only Luke is with me. Take Mark and bring him with you, for he is useful to me for service. 12 But I sent Tychicus to Ephesus. 13 Bring the cloak that I left at Troas with Carpus when you come, and the books, especially the parchments. 14 Alexander, the coppersmith, did much evil to me. The Lord will repay him according to his deeds, 15 of whom you also must beware, for he greatly opposed our words.

16 At my first defense, no one came to help me, but everyone left me. May it not be held against them. 17 But the Lord stood by me and strengthened me, that through me the message might be fully proclaimed, and that all the Gentiles might hear. So I was delivered from the mouth of the lion. 18 And the Lord will deliver me from every evil work, and will preserve me for his heavenly Kingdom. To him be the glory forever and ever. Amen.

19 Greet Prisca and Aquila, and the house of Onesiphorus.

20 Erastus remained at Corinth, but I left Trophimus at Miletus sick.

21 Be diligent to come before winter.

Eubulus salutes you, as do Pudens, Linus, Claudia, and all the brothers.

22 The Lord Jesus Christ be with your spirit. Grace be with you. Amen.

Do Not Harden Your Hearts 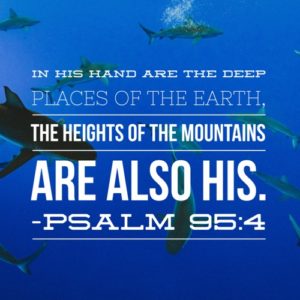 1 Oh come, let us sing to the Lord.
Let us shout aloud to the rock of our salvation!
2 Let us come before his presence with thanksgiving.
Let us extol him with songs!
3 For the Lord is a great God,
a great King above all gods.

4 In his hand are the deep places of the earth.
The heights of the mountains are also his.
5 The sea is his, and he made it.
His hands formed the dry land.
6 Oh come, let us worship and bow down.
Let us kneel before the Lord, our Maker,
7 for he is our God.
We are the people of his pasture,
and the sheep in his care.
Today, oh that you would hear his voice!

8 Do not harden your heart, as at Meribah,
as in the day of Massah in the wilderness,
9 when your fathers tempted me,
tested me, and saw my work.
10 Forty long years I was grieved with that generation,
and said, “It is a people whose hearts go astray.
They have not known my ways.”
11 Therefore I swore in my wrath,
“They will not enter into my rest.”

Sing to the Lord, All the Earth

4 For the Lord is great, and greatly to be praised!
He is to be feared above all gods.
5 For all the gods of the peoples are idols,
but the Lord made the heavens.
6 Honor and majesty are before him.
Strength and beauty are in his sanctuary.

10 Say among the nations, “The Lord reigns.”
The world is also established.
It cannot be moved.
He will judge the peoples with equity.

11 Let the heavens be glad, and let the earth rejoice.
Let the sea roar and its fullness!
12 Let the field and all that is in it exult!
Then all the trees of the woods shall sing for joy
13 before the Lord, for is coming,
for he is coming to judge the earth.
He will judge the world with righteousness,
the peoples with his truth.

9 Like a thorn bush that goes into the hand of a drunkard,
so is a parable in the mouth of fools.
10 Like an archer who wounds everyone,
so is he who hires a fool
or he who hires those who pass by.
11 As a dog returns to his vomit,
so a fool repeats his folly.
12 Do you see a man wise in his own eyes?
There is more hope for a fool than for him.