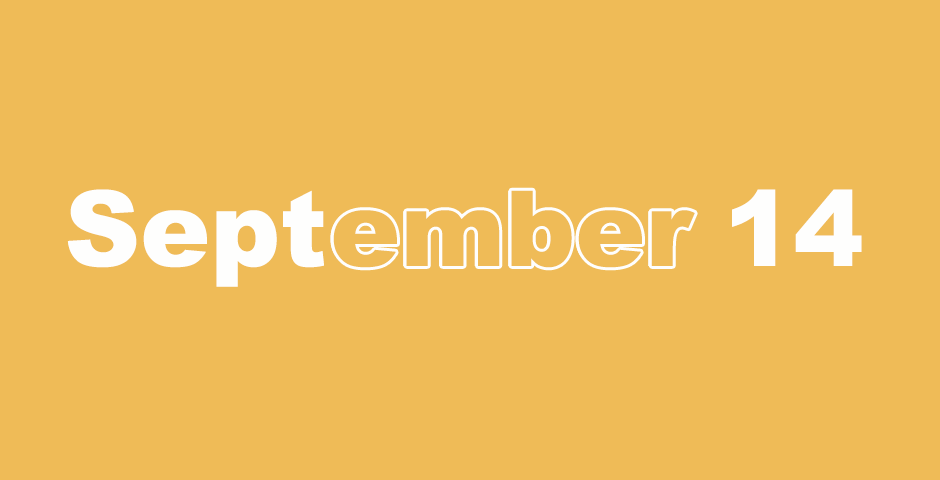 Apply your heart to instruction, and your ears to the words of knowledge. Proverbs 23:12

1 The burden of Moab:

4 Heshbon cries out with Elealeh.
Their voices are heard all the way to Jahaz.
Therefore the armed men of Moab cry aloud,
and they tremble.

5 My heart cries out for Moab!
Her nobles flee to Zoar, to Eglath Shelishiyah,
for they go, weeping,
up by the ascent of Luhith,
for on the way to Horonaim,
they raise up a cry of destruction.
6 For the waters of Nimrim will be desolate,
for the grass has withered away
and there is no green thing.
7 Therefore they will carry off the abundance they have accumulated,
and that which they have stored up,
over the brook of the willows.
8 For their cry has reached the borders of Moab,
their wailing to Eglaim,
and its wailing to Beer Elim.
9 The waters of Dimon are full of blood,
for I will bring yet more on Dimon,
a lion on those of Moab who escape,
and on the remnant of the land.

A Prophecy of Moab’s Devastation

1 Send lambs to the ruler of the land from Selah
to the wilderness,
to the mountain of the daughter of Zion.
2 For it will be that as wandering birds,
as a scattered nest,
so will the daughters of Moab be
at the fords of the Arnon.
3 Give counsel! Execute justice!
Make your shade like the night
in the middle of the noonday!
Hide the outcasts!
Do not betray the fugitive!
4 Let my outcasts dwell with you!
As for Moab, be a hiding place for him
from the face of the destroyer.
For the extortionist is brought to nothing.
Destruction ceases.
The oppressors are consumed out of the land.

5 A throne will be established in loving kindness.
One will sit on it in truth,
in the tent of David,
judging, seeking justice,
and swift to pursue righteousness.

6 We have heard of the pride of Moab,
that he is very proud,
of his arrogance, his pride, and his wrath.
His hollow boasting.
7 Therefore Moab will wail for Moab.
Everyone will wail.
You will mourn for the raisin cakes of Kir Hareseth,
utterly stricken.
8 For the fields of Heshbon languish
with the vine of Sibmah.
The lords of the nations
have broken down its choice branches,
which reached to Jazer,
which wandered into the wilderness.
Its shoots were spread abroad.
They passed over the sea.

9 Therefore I will weep
as Jazer weeps for the vine of Sibmah.
I will drench you with my tears,
Heshbon, and Elealeh:
for on your summer fruits
and on your harvest the battle shout has fallen.
10 Gladness is taken away,
and joy removed from the fruitful field,
and in the vineyards there will be no singing,
nor joyful sounds.
Nobody will tread out wine in the presses.
I have made the shouting stop.
11 Therefore my heart sounds
like a harp for Moab,
and my inward parts for Kir Heres.
12 It will happen that when Moab presents himself,
when he wearies himself on the high place,
and comes to his sanctuary to pray,
that he will not prevail.

13 This is the word that the Lord spoke concerning Moab in times past. 14 But now the Lord has spoken, saying, “Within three years, as a worker bound by contract would count them, the glory of Moab shall be brought into contempt, with all his great multitude; and the remnant will be very small and feeble.”

A Prophecy about Damascus

1 The burden of Damascus.

“Damascus is removed from being a city,
and has become a ruinous heap.
2 The cities of Aroer are forsaken.
They will be for flocks,
which shall lie down,
and no one shall make them afraid.
3 The fortress shall cease from Ephraim,
and the kingdom from Damascus,
and the remnant of Syria.
They will be as the glory of the Israelites,”

4 “It will happen in that day that the glory of Jacob will fade,
and his fat will become lean.
5 It will be like when the harvester gathers the wheat,
and his arm reaps the grain.
Yes, it will be like when one gleans grain in the valley of Rephaim.
6 Yet gleanings will be left there,
like the shaking of an olive tree,
two or three olives in the top of the uppermost bough,
four or five in the outermost branches of a fruitful tree,”

says the Lord, the God of Israel.

7 In that day, people will look to their Maker,
and their eyes will turn to the Holy One of Israel.
8 They will not look to the altars,
the work of their hands,
nor shall they respect that which their fingers have made,
either the Asherah poles,
or the incense altars.

9 In that day, their strong cities
will be like the forsaken places
in the woods and on the mountain top,
which were forsaken from before the Israelites,
and it will be a desolation.

10 For you have forgotten the God of your salvation,
and have not remembered the rock of your strength.
Therefore you plant fine plants
and set out foreign seedlings.
11 In the day that you plant, you hedge it in.
And in the morning, you help your seed to blossom,
but the harvest vanishes in the day of grief and of desperate sorrow.

12 Ah, the uproar of many peoples,
who roar like the roaring of the seas,
and the rushing of nations,
that rush like the rushing of mighty waters!
13 The nations rage like the raging of many waters,
but he will rebuke them,
and they will flee far off,
and will be chased like the chaff of the mountains before the wind,
and like the whirling dust before the storm.
14 At evening, terror!
Before morning, they are no more.
This is the fate of those who plunder us,
and the lot of those who rob us.

A Message to Ethiopia

1 Woe to the land of the rustling insect wings,
which is beyond the rivers of Ethiopia,
2 that sends ambassadors by the sea,
in vessels of papyrus on the waters,
saying, “Go, you swift messengers,
to a nation tall and smooth,
to a people fearsome from their beginning onward,
a powerful nation that treads down,
whose land the rivers divide!”
3 All you inhabitants of the world,
and you dwellers on the earth,
when a banner is lifted up on the mountains, look!
When the trumpet is blown, listen!

“I will be still, and I will look on from my place,
like clear heat in sunshine,
like a cloud of dew in the heat of harvest.”

5 For before the harvest,
when the blossom is over,
and the flower becomes a ripening grape,
he will cut off the sprigs with pruning hooks,
and he will cut down and take away the spreading branches.
6 They will be left together
for the ravenous birds of the mountains,
and for the animals of the earth.
The ravenous birds will eat them in the summer,
and all the animals of the earth
will eat them in the winter.

7 At that time, a present will be brought to the Lord of Hosts

from a people tall and smooth,
from a people awesome from their beginning onward,
a nation that measures out and treads down,
whose land the rivers divide,
to the place of the name of the Lord of Hosts, Mount Zion.

Paul’s Greeting to the Galatians

1 Paul, an apostle—not from men, nor through man, but through Jesus Christ, and God the Father, who raised him from the dead— 2 and all the brothers who are with me.

To the churches of Galatia:

3 Grace to you and peace from God the Father and our Lord Jesus Christ, 4 who gave himself for our sins, that he might deliver us out of this present evil age, according to the will of our God and Father— 5 to whom be the glory forever and ever. Amen.

6 I marvel that you are so quickly deserting him who called you in the grace of Christ to a different gospel, 7 but there is not another gospel, only there are some who trouble you and want to pervert the gospel of Christ. 8 But if we, or an angel from heaven, should preach to you any gospel other than that which we preached to you, let him be cursed. 9 As we have said before, so I now say again: if any man preaches to you any gospel other than that which you received, let him be cursed.

10 For am I now seeking the favor of men, or of God? Or am I striving to please men? For if I were still pleasing men, I would not be a servant of Christ.

11 But I make known to you, brothers, concerning the gospel which was preached by me, that it is not according to man. 12 For I did not receive it from man, nor was I taught it, but it came to me through revelation of Jesus Christ.

13 For you have heard of my way of living in time past in the Jews’ religion, how that beyond measure I persecuted the church of God, trying to destroy it. 14 I advanced in Judaism beyond many of my peers in my own nation, having greater zeal for the traditions of my fathers.

15 But when it was the good pleasure of God, who from my mother’s womb, set me apart and called me through his grace 16 to reveal his Son in me, that I might preach him among the Gentiles, I did not immediately confer with flesh and blood, 17 nor did I go up to Jerusalem to those who were apostles before me, but I went away into Arabia. Then I returned to Damascus.

Paul Accepted by Apostles and Others

18 Then after three years I went up to Jerusalem to visit Peter, and stayed with him for fifteen days. 19 But of the other apostles I saw no one except James, the Lord’s brother. 20 Now about the things which I write to you, before God, I am not lying. 21 Then I came to the regions of Syria and Cilicia. 22 I was still personally unknown to the churches of Judea which were in Christ, 23 but they only heard: “He who once persecuted us now preaches the faith that he once tried to destroy.”

24 So they glorified God in me.

1 Do you indeed speak righteousness, silent ones?
Do you judge blamelessly, you sons of men?
2 No, in your heart you plot wickedness.
You measure out the violence of your hands on the earth.

3 The wicked go astray from the womb.
They are wayward as soon as they are born, speaking lies.
4 Their poison is like snake venom,
like a deaf cobra that stops its ear,
5 which does not listen to the voice of charmers,
no matter how skillful the charmer may be.

6 Break their teeth, O God, in their mouth.
Break out the great teeth of the young lions, O Lord.
7 Let them vanish like water that flows away.
When they draw the bow, let their arrows be made blunt.
8 Let them be like a snail which melts and passes away,
like the stillborn child, who has not seen the sun.

12 Apply your heart to instruction,
and your ears to the words of knowledge.