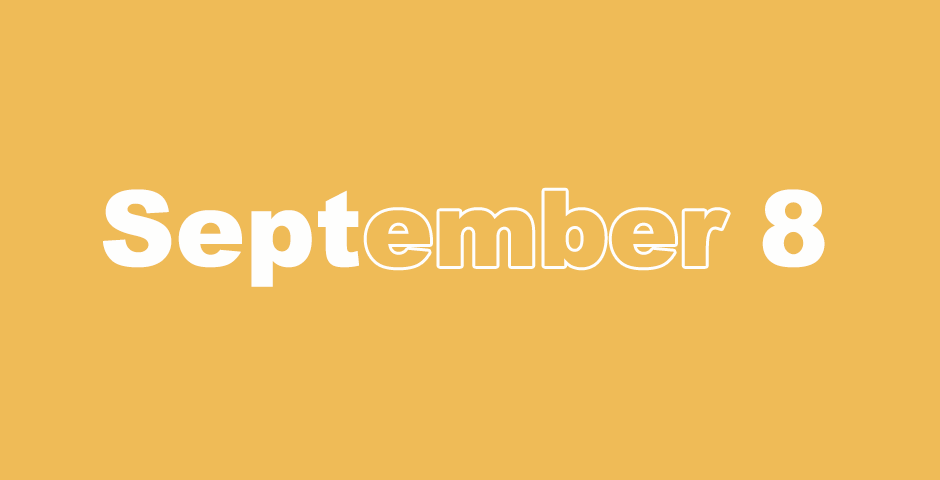 For though we walk in the flesh, we do not wage war according to the flesh. 2 Corinthians 10:3

1 The vision of Isaiah the son of Amoz, which he saw concerning Judah and Jerusalem, in the days of Uzziah, Jotham, Ahaz, and Hezekiah, kings of Judah.

2 Hear, heavens,
and listen, earth; for the Lord has spoken:
“I have nourished and brought up children
and they have rebelled against me.

3 The ox knows his owner,
and the donkey, the stall where he is fed,
but Israel does not know.
My people do not understand.

4 Oh sinful nation,
a people loaded with iniquity,
offspring of evildoers,
children who deal corruptly!
They have forsaken the Lord.
They have despised the Holy One of Israel.
They are estranged and have turned their backs on him.

5 Why should you be beaten anymore?
Why do you continue to rebel?
The whole head is sick,
and the whole heart is diseased.
6 From the sole of the foot to the head nothing is healthy,
only wounds, welts, and open sores
that have not been cleaned, bandaged, or soothed with oil.

7 Your country is desolate.
Your cities are burned with fire.
Strangers devour your land in your presence
and it is desolate,
as overthrown by strangers.
8 The daughter of Zion is left like a shelter in a vineyard,
like a hut in a field of melons,
like a besieged city.

10 Hear the word of the Lord, you rulers of Sodom!
Listen to the law of our God, you people of Gomorrah!

11 “What are the multitude of all your sacrifices to me?”, says the Lord.
“I have had enough of the burnt offerings of rams
and the fat of fed animals.
I do not delight in the blood of bulls,
or of lambs,
or of male goats.
12 When you come to appear before me,
who requires this of you, this trampling of my courts?

13 Bring no more useless offerings.
Incense is an abomination to me.
New moons, Sabbaths, and convocations,
I cannot stand this. It is sin, even the solemn assemblies.
14 I hate your New Moons and your appointed feasts.
They are a burden to me.
I am weary of bearing them.

15 When you spread out your hands, I will hide my eyes from you.
Yes, when you pray many prayers, I will not hear you.
Your hands are full of blood.

16 Wash yourselves. Make yourself clean.
Put away the evil deeds from before my eyes.
Stop doing evil.
17 Learn to do good.
Seek justice.
Relieve the oppressed.
Defend the fatherless.
Plead for the widow.”

18 “Come now, and let us reason together,” says the Lord:
“Though your sins are as scarlet, they shall be as white as snow.
Though they are red like crimson, they shall be as wool.
19 If you are willing and obedient,
you will eat the good of the land,
20 but if you refuse and rebel, you will be devoured with the sword,
for the mouth of the Lord has spoken it.”

21 How the faithful city has become a harlot!
She once was full of justice.
Righteousness was lodged in her,
but now murderers.
22 Your silver is no longer pure,
your wine mixed with water.
23 Your princes are rebellious and companions of thieves.
Everyone loves bribes and chases after rewards.
They do not defend the fatherless,
neither does the cause of the widow come to them.

24 Therefore the Lord, God of Hosts,
the Mighty One of Israel, says,
“Ah, I will get relief from my adversaries,
and avenge myself on my enemies.
25 I will turn my hand on you,
thoroughly purge away your impurity,
and will take away all your dross.
26 I will restore your judges as at the first,
and your counselors as at the beginning.
Afterward you shall be called ‘The city of righteousness,
a faithful town.

27 Zion shall be redeemed with justice,
and her converts with righteousness.
28 But the destruction of transgressors and sinners shall be together,
and those who forsake the Lord shall be consumed.
29 For they shall be ashamed of the oaks which you have desired,
and you shall be confounded for the gardens that you have chosen.

30 For you shall be like an oak whose leaf fades,
and like a garden that has no water.
31 The strong will be like tinder,
and his work like a spark.
They will both burn together,
and no one will quench them.”

The Mountain of the Lord

1 This is what Isaiah the son of Amoz saw concerning Judah and Jerusalem.

2 It shall happen in the latter days,
that the mountain of the house of the Lord
shall be established on the top of the mountains,
and shall be raised above the hills,
and all nations shall stream to it.

3 Many peoples shall go and say,
“Come, let us go up to the mountain of the Lord,
to the house of the God of Jacob,
and he will teach us of his ways,
and we will walk in his paths.”
For the law shall go out of Zion,
and the word of the Lord from Jerusalem.
4 He will judge between the nations,
and will settle disputes for many peoples.
They shall beat their swords into plowshares,
and their spears into pruning hooks.
Nation shall not lift up sword against nation,
neither shall they study war any more.
5 House of Jacob, come, and let us walk in the light of the Lord.

The Day of Reckoning

6 For you have forsaken your people, the house of Jacob,
because they are filled from the east,
with those who practice divination like the Philistines,
and they clasp hands with descendants of foreigners.

10 Enter into the rock,
and hide in the dust,
from before the terror of the Lord,
and from the glory of his majesty.
11 The lofty looks of man will be humbled,
the arrogance of men will be brought down,
and the Lord alone will be exalted in that day.

17 The loftiness of man shall be brought down,
and the arrogance of men shall be humbled,
and the Lord alone shall be exalted in that day.
18 The idols shall utterly pass away.
19 Men shall go into the caves of the rocks,
and into the holes of the earth,
from before the terror of the Lord,
and from the glory of his majesty,
when he arises to shake the earth mightily.

20 In that day, men shall cast away their idols of silver
and their idols of gold,
which have been made for themselves to worship,
to the moles and to the bats,
21 to go into the caverns of the rocks,
and into the clefts of the ragged rocks,
from before the terror of the Lord,
and from the glory of his majesty,
when he arises to shake the earth mightily.

22 Stop trusting in man,
whose breath is in his nostrils,
for of what account is he?

1 Now I Paul, myself, entreat you by the humility and gentleness of Christ, I who in your presence am lowly among you, but being absent am bold toward you. 2 Yes, I beg you that when I am present that I need not be bold with the confidence with which I intend to show towards those who think we are acting from worldly motives.

3 For though we walk in the flesh, we do not wage war according to the flesh, 4 for the weapons of our warfare are not of the flesh, but mighty before God to the throwing down of strongholds, 5 demolishing imaginations and every high thing that is exalted against the knowledge of God and bringing every thought into captivity to the obedience of Christ, 6 and being in readiness to avenge all disobedience when your obedience is made full. 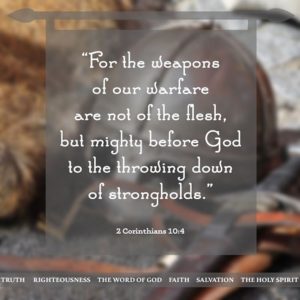 7 Do you look at things only as they appear in front of your face? If anyone trusts in himself that he is Christ’s, let him consider this again with himself, that even as he is Christ’s, so we also are Christ’s. 8 For even if I boast somewhat abundantly concerning our authority, which the Lord gave for building you up, and not for casting you down, I will not be ashamed,

9 I do not want to appear to be terrifying you by my letters. 10 For, “His letters”, they say, “are weighty and strong, but his bodily presence is weak, and his speech is despised.” 11 Let such a person consider this, that what we are in word by letters when we are absent, such are we also in deed when we are present.

12 For we are not bold to number or compare ourselves with some of those who commend themselves. But they themselves, measuring themselves by themselves, and comparing themselves with themselves, are without understanding. 13 But we will not boast beyond proper limits, but within the boundaries with which God appointed to us, which reach even to you. 14 For we do not stretch ourselves too much, as though we did not reach to you. For we came as far as to you with the Good News of Christ.

15 We are not boasting beyond proper limits in other men’s labors, but having hope that as your faith grows, we will be abundantly enlarged by you in our sphere of influence, 16 so as to preach the Good News even to the parts beyond you, not to boast in what someone else has already done.

17 But “he who boasts, let him boast in the Lord.” a 18 For it is not he who commends himself who is approved, but whom the Lord commends.

Why Do You Boast of Mischief?

To the chief Musician, Maschil, when Doeg the Edomite came and told Saul, and said to him, David has come to the house of Ahimelech.

1 Why do you boast of your mischief, mighty man?
God’s loving kindness endures continually.
2 Your tongue plots destruction,
like a sharp razor, working deceitfully.
3 You love evil more than good,
lying rather than speaking the truth.

4 You love all devouring words,
you deceitful tongue.
5 God will likewise destroy you forever.
He will take you up, and pluck you out of your tent,
and root you out of the land of the living.

6 The righteous also will see it,
and fear, and laugh at him, saying,

7 “Look! This is the man who
did not make God his strength,
but trusted in the abundance of his riches,
and strengthened himself in his wickedness.”

8 But as for me, I am like a green olive tree
flourishing in the house of God.
I trust in God’s loving kindness forever and ever.

9 I will give you thanks forever,
because you have done it.
I will hope in your name,
for it is good,
in the presence of your saints.

26 Do not be one of those who make pledges,
of those who put up collateral for debts.
27 If you do not have means to pay,
they will take your bed from under you.